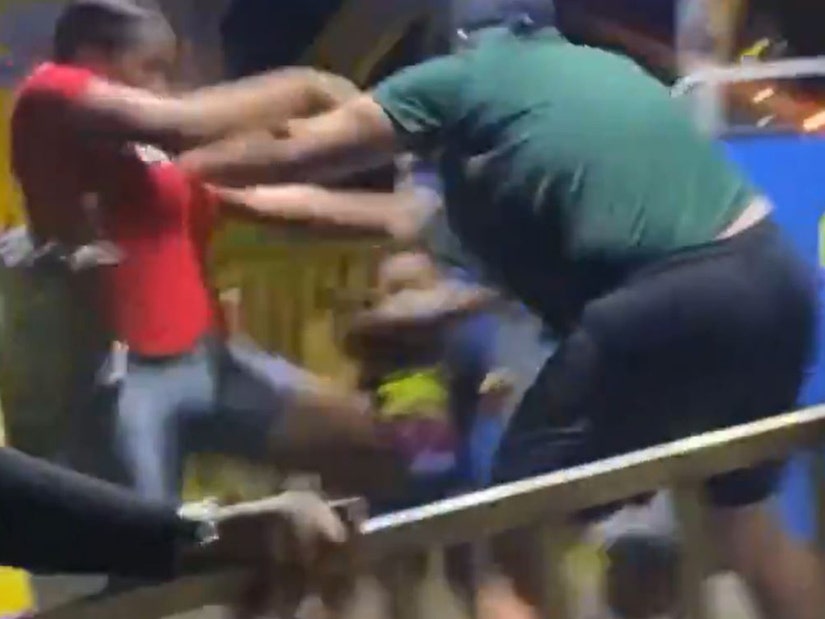 Somehow, nobody is killed when the ride restarts mid-brawl.

A Ferris Wheel operator in Florida's decision to physically confront a passenger led to an all-out brawl.

Wild video from Florida captured the moment a carnival worker pushed a woman getting off a ride. The 38 second clip shot at the Opa Locka Hialeah Flea Market on Saturday night showed the wheel coming to a halt, as the worker holds the carriage steady for a woman and two children to alight.

But she appears to be upset about something, and has words with him while waving a finger in his face.

Suddenly the man flies off the handle, screaming "Get this f--- off!", grabbing the woman and shoving her backwards off the platform; the little girl holding onto her gets thrown to the ground too.

The woman manages to grab at his shirt as she falls back, and comes back at him swinging — and she is not alone. All hell breaks loose as several people rush to the platform to defend her, swarming on the man as they lay in punches and kicks. Miraculously, the two children are somehow not trampled underfoot. 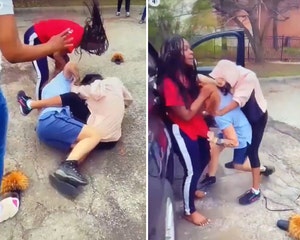 And the drama is not even nearly over: as the man retreats from the scene, the Ferris Wheel — whether by accident or design — suddenly restarts, smashing a number of the people stood on the platform out of the way, as witnesses scream in horror.

In a second miracle in as many seconds, there were no reports of any serious injuries.

Off duty officers who were moonlighting at the fair had to call for back-up to quell the "escalating disturbance within the venue", which occurred just before 10 PM, Local10 reported.

According Opa-locka police, several people fled for the exits as they arrived on the scene.

They were unable to locate the employee, but did find the woman. After interviewing her on Sunday, detectives said there was "probable cause" to arrest the employee; it is not known if he has been apprehended yet.

"The Opa-locka Police Department does not tolerate any criminal acts of violence and will prosecute those individuals to the fullest extent of the law," it said in a statement.