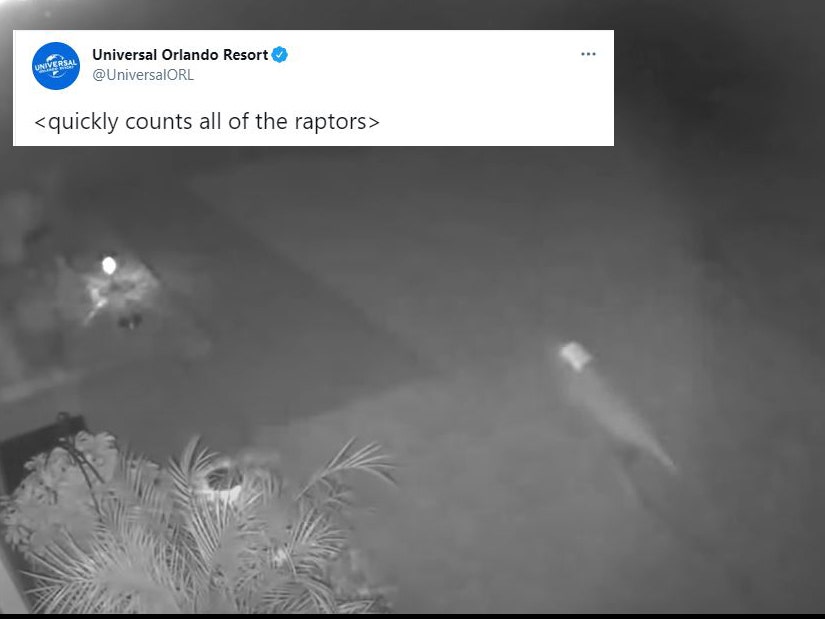 Life found a way ... into this woman's back yard.

There is a dinosaur on the loose in Florida, according to one shaken homeowner.

Cristina Ryan sent security camera footage to Fox 35 over the weekend, which she insists shows a baby velociraptor sprinting through her back yard.

"Any animal we can come up with that would be 'walking' at 3:40 in the morning, wouldn't walk this way," she told the outlet.

"Maybe I've watched 'Jurassic Park' too many times, but I see a raptor or other small dinosaur!"

Indeed the brief clip shows a small creature running across her lawn on its hind legs, head outstretched and counter-balanced by a long tail... just like the clever girls from Steven Spielberg's 1993 dinosaur masterpiece.

"Some say a large bird, but that makes no sense -- since whatever it is appears to have front legs," she added. "So not sure? Lol. I'm sticking with raptor myself."

Commenters are divided; guesses include a komodo dragon, the Geico gecko, a coyote, an iguana with its head stuck in a plastic container, a spooked cat, a young gator going for a joy ride on the back of a coyote, a raccoon, Donald Trump's hair dragging a baby alligator, a peacock, and a turkey... although if it is a turkey, one JP fan insisted it must be a "6 foot turkey with sickle claws".

"Am I the only one who thinks that it's an animal with its head in a jar who's being attacked by a snake?" one wondered.

"It runs like a bird. Notice how the back and tail stays inline with its body. The thickness of the tail is not a dog... Then look as its feet pick up. Those are bird feet," another analyzed.

As for who was to blame for the appearance of the freaky creature, Elon Musk, Fred Flintsone, "Florida Man" and meth all had fingers pointed in their respective directions.

The most common (sensible) guess however, was that it was a dog wearing a reflective harness dragging its leash, and that it was actually running on all fours, but its front legs were not immediately visible in the poor light.

Either way, Universal Orlando was not taking any chances — especially having just shipped in several of the deadly prehistoric predators ahead of the June 10 opening of its VelociCoaster ride.

"<quickly counts all of the raptors>" it tweeted.

<quickly counts all of the raptors> https://t.co/4NzAZYg28D 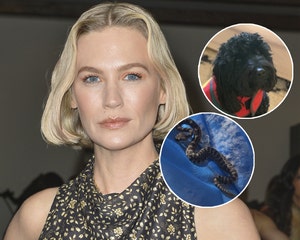