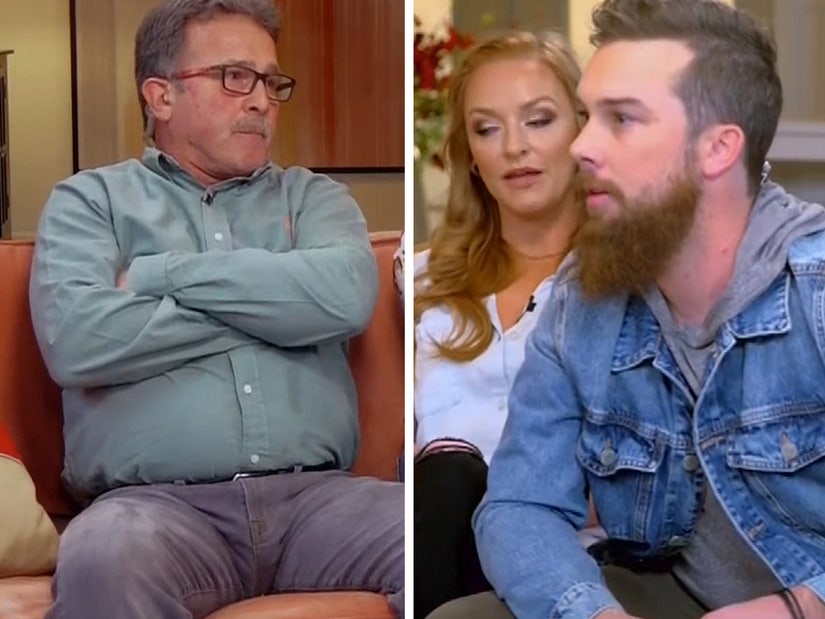 Maci Bookout and husband Taylor McKinney faced off against Ryan Edwards' parents, Jen and Larry, on Tuesday's "Teen Mom" reunion -- in a confrontation that nearly escalated to a physical altercation.

The relationship between them all has become tense as of late, after Maci and Ryan's son Bentley started to voice his concerns about spending time with his father -- who has been in and out of rehab and jail while battling substance issues. Eventually, Bentley said he didn't want to have any one-on-one time with his dad until they went to therapy together, something Ryan finally agreed to in the finale.

When asked whether she thought the season ended on a positive note, Maci said she didn't think it was positive or negative. "I think it's heading in the direction of being positive," she added. She was then asked whether she wanted Ryan to be part of Bentley's life or out of it completely, with Maci saying she just doesn't want her son "stuck in this tango of is this gonna happen or not" anymore.

With that, she was joined by husband Taylor, who praised Bentley for starting to speak out, before bashing Ryan.

"What stands out to me most is Bentley is becoming a young man. I think he's shown the Edwards that he's found his voice, he has a voice, he can think for himself," said McKinney. "I think every week when you watch a new episode, you think Ryan can't possibly be any dumber than he is and he will prove you wrong the next week. That guy will really show you how big a piece of s--- he is."

"Y'all saw the clip, he sat there and called my wife a bitch. In past seasons, the things he's done toward Bentley, poking fun of him, making fun of him, calling him a cry baby, enough's enough," he continued. "Be a man. Come sit out here, don't be a coward. Come sit on the couch with us. I would speak to him, he won't speak to us."

He claimed Ryan told them Maci is a "trigger" for him and he didn't come to the reunion because he's focused on building a relationship with his son. "That's fine, but my only thing is don't sit over there and call her a bitch, don't pick on your son," said Taylor, "if you got something to say, come out here and say it."

They were then asked whether they believed Ryan was sober now. "No, I don't," said Taylor. "I don't think," added Maci, "I don't know for a fact."

"This is our opinion, but it's based off when he shows up to something or when you see him sitting there in a scene and he can't hardly hold his eyes open," said Ryan. "That's not a place that I feel safe to send our son, with that guy."

The two were then joined by Ryan's parents, who sat on a couch adjacent to theirs.

Dr. Drew then asked Larry about an interview he did in which he appeared to blame Maci for limiting visits. "She's limited some, sure. I don't know if I'm blaming her for it," said Ryan's father, adding, "but I think she's ... some of things that are going on."

"Since I've been around, I know this woman has bent over backwards to make sure Bentley kept a relationship with them through everything Ryan has put us through," he said.

Dr. Drew also asked Larry whether he believes Maci puts ideas in Bentley's head to turn the kid against his father. "I didn't say against. What I said is that a 12-year-old boy can be manipulated," said Larry. "That is what I said, that is what I thought." He then asked Dr. Drew, with some frustration in his voice, "Is there any more you want to know about it?"

Larry escalated the conversation further by confronting Taylor for suggesting that Bentley being with Ryan is putting their grandson in "an unsafe situation." Larry asked what they've ever done to make things unsafe for their grandson.

He then accused Jen and Larry of "guilt tripping" Bentley into having a relationship with Ryan -- saying Ryan has "never been there" for his son. "But y'all put it on Bentley, y'all make Bentley feel guilty," he shouted.

"Go ahead, call a tabloid again," Taylor added, as both of he and Larry jumped off the couch, as if they were about to get physical. "You're a sorry son of a bitch," McKinney said to Larry, as both Jen and Maci tried to calm down the two men.

After expressing how frustrating it was to "watch their piece of crap son call my wife an evil bitch," Taylor shouted, "Put the kid first, stop putting that sorry excuse of a human being first!"

That's where the episode ended, with a preview for Part 2 teasing even more from the confrontation when it airs next Tuesday on MTV. 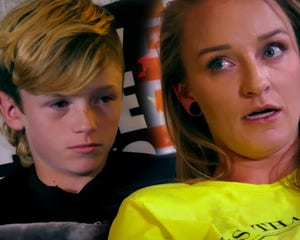