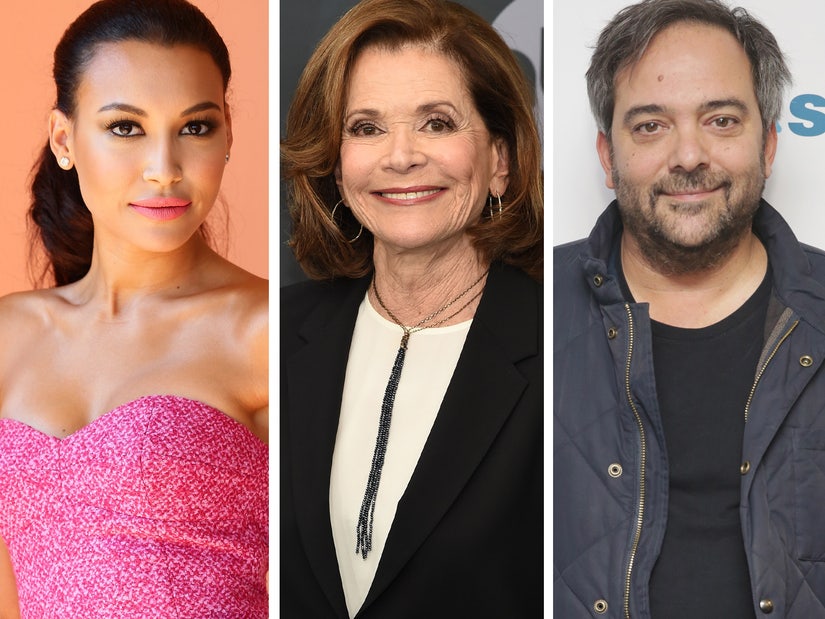 Every year, without fail, the Academy Awards gets backlash for who the show decides to include and omit from its annual In Memoriam tribute. And this year was no exception.

Introduced by Angela Bassett on Sunday night, the "9-1-1" actress was passionate as she said, "Let us as one community say, thank you, you will remain as we remember you in our hearts always."

The tribute, set to Stevie Wonder's more upbeat "As," seemed faster than usual -- with some of the names hard to even read because of the speed. Among those honored: Sean Connery, Cicely Tyson, Max Von Sydow, Cloris Leachman, Christopher Plummer, Kelly Preston, Chadwick Boseman and, the most recent losses, DMX and Helen McCrory.

Missing, however, were actresses including Naya Rivera -- who, while known for her TV work, did star in "At the Devil's Door," the "Glee" concert movie and voiced Catwoman in an upcoming animated Batman movie -- and Jessica Walter. Though Walter was best known for "Arrested Development" and "Archer," she also won acclaim for her work in films including "Play Misty for Me," "Grand Prix" and "Slums of Beverly Hills."

IN MEMORIAM OF NAYA RIVERA. pic.twitter.com/qWDoezisFX

IN MEMORIAM OF NAYA RIVERA

Naya Rivera was left out of the In Memoriam by the @TheAcademy now too. Naya deserves better, and we will remember her forever. ❤️ #Oscars https://t.co/fEomhX6yRq

The In Memorium section of the #Oscars is always rough, but how on earth did they not include Jessica Walter pic.twitter.com/kX1fB9N7l7

Not including Jessica Walter in the In Memoriam is truly a disgrace.... pic.twitter.com/iAjok90TOx

Also MIA from the tribute was Adam Schlesinger, who died of Covid complications at the age of 52 in 2020. Known primarily as a Fountains of Wayne musician, he was nominated for an Academy Award for writing the title track of "That Thing You Do!" He also wrote songs for "Music and Lyrics" and "Ice Age: Continental Drift."

Adam Schlesinger was nominated for an Oscar for writing "That Thing You Do!" in 1997. I don't know why he wasn't in the official In Memoriam segment tonight (especially because he wrote one of the greatest film songs of all time) so I'm honoring him here. #AdamSchlesinger

Me realizing the In Memoriam segment excluded both Jessica Walter and Adam Schlesinger pic.twitter.com/xA2zwqN969

they left adam schlesinger of fountains of wayne who died last year from covid, and wrote That Thing You Do, one of the best, most beloved songs in modern cinema out of the oscars in memoriam. im forging a pitchfork out of molten steel rn

And In Memoriam-Adam Schlesinger who wrote That Thing You Do and for 10 other movies and was nominated for an Academy and a Golden Globe Award. And Nicky Cordero who was in Lilyhammer and lots of cool theater and would have had a fabulous film career. Friends not forgotten.

In addition to the speed and tone of the piece, as well as those left out, the segment was also criticized for coming moments after Glenn Close stole the show by doing "Da Butt" during the telecast. It all only added to the truly chaotic nature of the evening.

See more reactions to the In Memoriam below:

Oscars producers: I want to play a really upbeat song to get people dancing

Director: Oh cool. Like for an opening number or something?

Producers: The In Memoriam.

The #Oscars jumping from Glenn Close twerking to the In Memoriam pic.twitter.com/ltfuhJRDzK

The director to the editors of the "In Memoriam" segment #Oscars pic.twitter.com/PZaUOM03LL

Going from Glenn Close doing da butt to the In Memoriam pic.twitter.com/FORAQzYE3Y