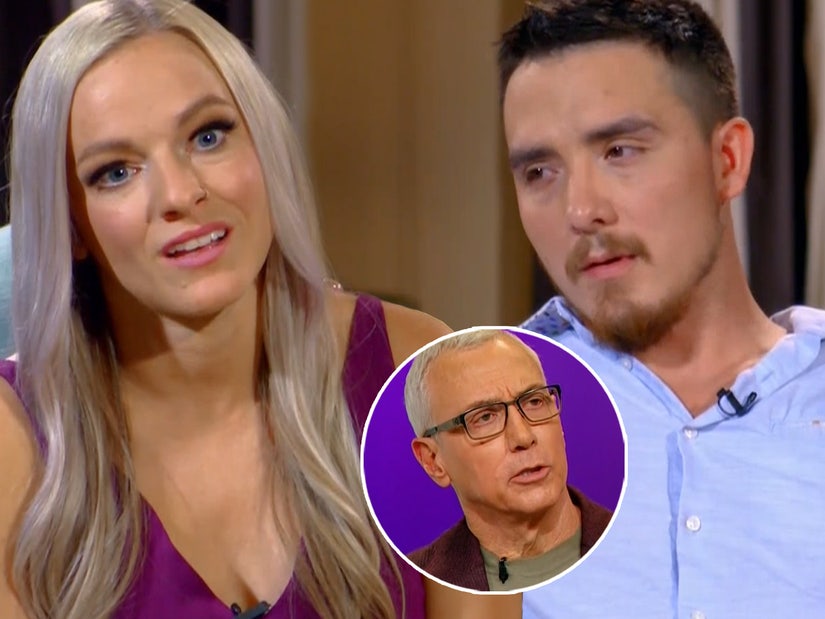 Josh, meanwhile, calls out Dr. Drew for always wanting to "jump down my throat" while addressing cheating accusations.

Mackenzie McKee had more than one uncomfortable conversation on Tuesday's Part 2 of the "Teen Mom OG" reunion, where she had to confront her racist comments about Kamala Harris and was put in the hot seat over her cheating allegations against her husband Josh.

Let's start with the Harris comments, as McKee was dubbed a racist for posting on social media, "It blows my mind that out of all the amazing colored women in this world, that is the one who is making history."

Obviously, the word choice is extremely problematic -- something McKee said she didn't realize at the time.

"I used the word that I thought I was politically correct on and I woke up the next day with all these articles saying that I am racist and I would have never ever ever used that word if I knew it was derogatory and I never meant to hurt anyone and to who I did hurt I am so sorry," she said.

"Then I got on the phone with Color of Change and I am so thankful for that," she continued. "My eyes have been opened to so much and I’ve had so many amazing amazing, humble conversations. That word, I didn’t even know why that word was offensive and now I do, so that was a whole learning experience in itself."

The show, of course, filmed the Zoom conversation between Mackenzie and the Vice President of Color of Change, Arisha Hatch, who gave McKee a long-overdue lesson on why certain words are disrespectful.

"The term colored has a deep history in the United States, it was used to oppress Black people, especially during the Jim Crow, segregation era," explained Hatch. "For a lot of Black people, the word is definitely a reminder of a time where we were legally regarded as less than human. That’s what the term colored sort of brings up." 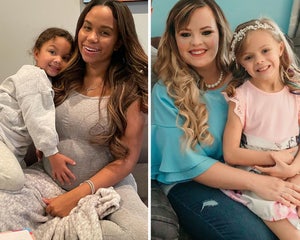 Mackenzie admitted she was 100% in the wrong here and asked what other words are and are not okay to say. She also said the entire experience has made her realize how privileged she really is.

"I used to say, how am I privileged, I lived a hard life too, things were hard for me too … but my life was never hard because of my skin color and so that was a good experience alone to learn," she said. "I've been shown a lot of grace, but I think if we could just get uncomfortable, that's when we grow the most."

Things got uncomfortable again later in the show when McKee's husband Josh joined her and Dr. Drew Pinsky asked whether he had anything to say about Mackenzie's cheating allegations. The mother-of-three previously claimed she discovered Josh and her cousin had been allegedly texting back and forth and accused him of cheating on her in a since-deleted Facebook post. "It was a huge mistake because it wasn't true," she later said on the most recent season of the show.

"Why are you doing this? I can’t, I have family watching, like I can't. I’ll be in a lot of trouble," said Mackenzie once Pinksy broached the subject. "Basically, it was really rough for me after my mom died ... there were situations where I would check his phone record and see this and jump online and accuse him of cheating when it wasn't true."

Josh, however, wanted nothing to do with the conversation.

"I have nothing to say … what's the next question?" he said, visibly frustrated. "You're adding more, you're giving them what they want," he then told Mackenzie, before once again asking, "Next question."

"Do not do this right now, I'm about to blow up," he told her, as she said they were only giving him a platform to clear the air. "Please blow up," she sarcastically replied. 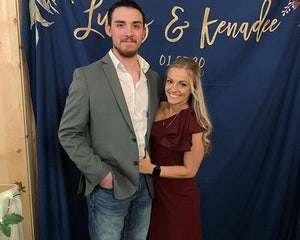 "I wish he could sit and have a healthy conversation with me," she pleaded, as he said he could, but not with the "Teen Mom" crew around.  "It's really frustrating when the cameras start rolling and he behaves like this and people think this is what's going on," said Mackenzie, as even Josh admitted this isn't how he normally acts.

"When I have to talk to you, you just want to jump down my throat!" he then said to Dr. Drew. "Every single reunion that I've ever talked to you, it's been like that. This is all you need to know: I love Mackenzie, I love my kids, I'll do anything for my kids, I’ll do anything for Mackenzie. Whatever the show portrays me as, that's fine."

When she once again said they're merely giving him the "opportunity to fix what has been shown," Josh showed zero interest in keeping the conversation going.

"Some of it has been my fault," he admitted, "but ever since '16 and Pregnant,' I've been portrayed as something I'm not."

The back and forth ended there, with little resolution.