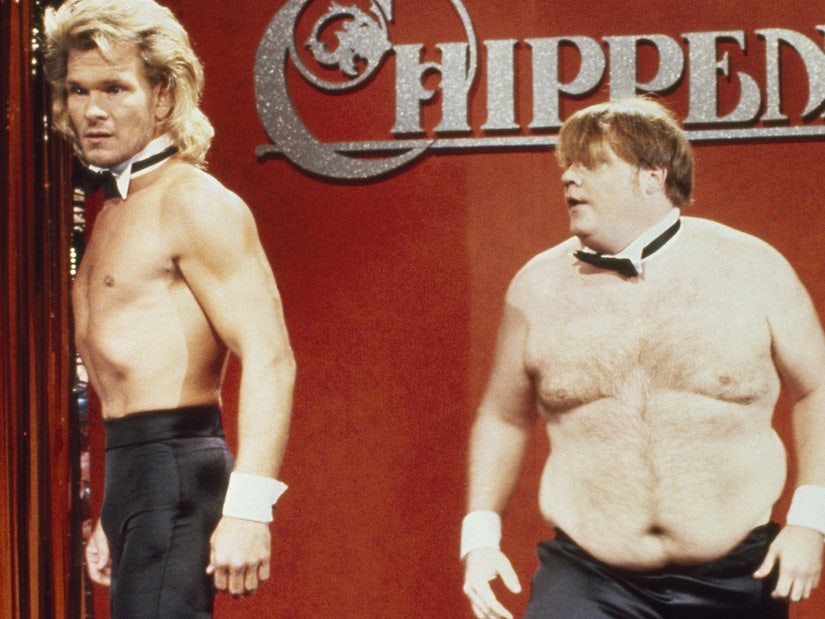 Both Chris Rock and Bob Odenkirk previously spoke out against the memorable sketch.

In October 1990, Chris Farley went torso-to-torso against Patrick Swayze for a gig with Chippendales in one of the most famous sketches in "Saturday Night Live" history -- one that has also been the source of controversy in the years since.

The sketch -- in which both stars compete for a slot in the all-male revue while stripping and showing off their moves to Loverboy's "Working for the Weekend" -- was defended on Wednesday by show writer Robert Smigel, during an appearance on "The Howard Stern Show."

"It's a great sketch and I was in a debate about it with some people who wrote Chris Farley's book, which was everybody kind of weighing in on Chris' life and what happened to him," said Smigel, referring to the 2009 biography "The Chris Farley Show." He added, "I think someone in the book said, 'That sketch was the first step in killing him,' because it was like he had no respect for himself by doing that sketch."

In the book, that quote actually comes from Chris Rock, who said the sketch was "a weird moment in Chris' life." Said Rock: "As funny as that sketch was, and as many accolades as he got for it, it's one of the things that killed him. It really is. Something happened right then." Bob Odenkirk, who was a writer on "SNL" as well, also said the sketch was "f---ing lame" in the book, adding, "I can't believe anyone liked it enough to put it on the show. F--- that sketch. He never should have done it."

Explaining the criticism, Stern said the controversy stems from those believing Farley's weight is the butt of the joke -- that he's "just being made fun of because he's a fat guy." But, Stern said, Farley "wasn't just a fat guy, he was one of the greatest comics."

"What was amazing about the sketch and what people forget is that Farley was incredibly nimble, he was an athlete and he danced incredibly well in that sketch, actually," added Smigel. "He had this fantastic energy and, in a way, it was a very empowering sketch and I think that's what people felt the first time they watched it. 'Look at this guy go and be completely proud, unashamed and just going for it."

Stern also said the sketch highlighted how much of a physical comedian Farley was, with which Smigel agreed. "He was the most explosively funny person and I think most people who worked at that time would agree with that," said the writer. 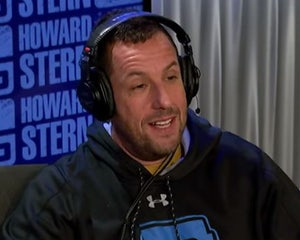