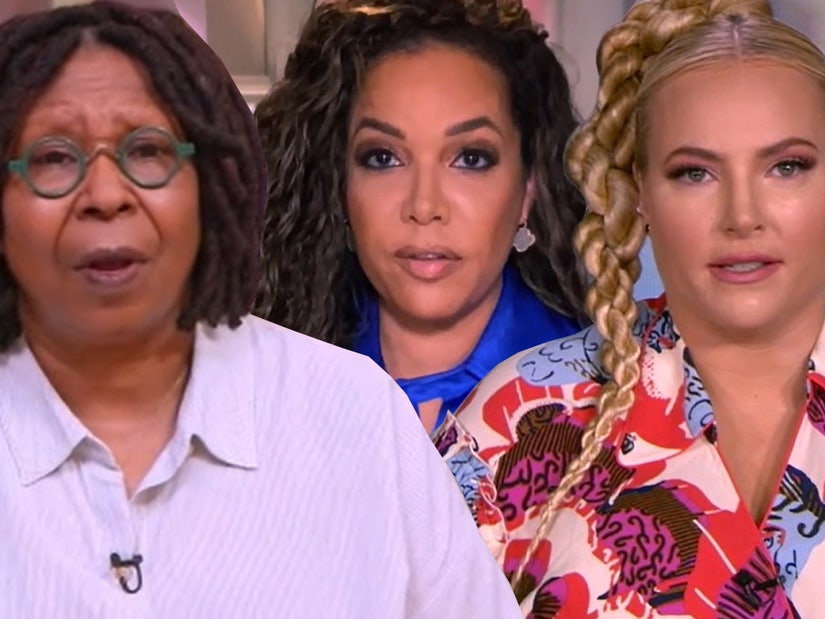 The women of "The View" on Thursday kicked off the show by addressing not only President Joe Biden's joint address to Congress, but also Republican Senator Tim Scott's GOP response to it.

While Biden addressed the issue of white supremacy in his speech -- calling it a domestic terror threat to be taken seriously -- Scott, the only Black Republican in the Senate, replied by claiming "America is not a racist country" and said he believed it was wrong for anyone to "use our painful past to dishonestly shut down debates in the present."

.@JoyVBehar shares her takeaways from Pres. Biden’s “brilliant” joint address to Congress and what she wanted to hear from Sen. Tim Scott’s GOP rebuttal but didn’t.

“A lot of them don’t seem to understand the difference between a racist country and systemic racism.” pic.twitter.com/ZSKY269nO6

"What country is Tim Scott living in?" asked Whoopi Goldberg at the start of the conversation, before the cohosts all chimed in with their takes.

Joy Behar went first, saying it didn't seem to her that Scott understands the difference between "a racist country and systemic racism." She said that even if the majority of Americans aren't racist, "we live in a country with systemic racism" and that issue needs to be at least acknowledged. "The fact that Tim Scott cannot acknowledge this is appalling," she added.

Sunny Hostin, meanwhile, said she was "really happy" to hear Biden call out white supremacy during his speech, praising him for recognizing the threat it poses.

“It struck me that Biden’s speech was certainly presidential.”@Sunny Hostin on the president’s #JointAddress to Congress and Sen. Tim Scott’s GOP response: “I was sort of disappointed that he was used in this way.” https://t.co/f8u2wbJuik pic.twitter.com/gAiwFfbMKr

"I was very disappointed in Tim Scott using these buzzwords like socialism, saying you shouldn't teach white children about racism because it makes them feel like oppressors, I was disappointed he said America is not a racist country without also talking about the systemic racism that is plaguing this country," she continued.

She also said she believed Scott was chosen to give the rebuttal because he's the only Black Republican senator. "I was disappointed he was used in this way," she added, "and didn't take the opportunity to address this issue head on."

Why was Tim Scott chosen to give the rebuttal to Biden’s speech to Congress...... pic.twitter.com/6BbcoikzsF

After a commercial break, McCain was up -- and she had a very different take on the situation. First, she said she was "really disappointed" in Biden's speech, saying it made him look more like a progressive than the centrist she and other Republicans hoped he'd be. "The answer to every single problem in America is to write a check and bankrupt my entire generation in the process," she added, something Whoopi circled back on (more on that in a minute).

As far as Scott goes, McCain said she is a "huge fan of his" and called him the "bright future of the Republican party." Instead of addressing his commentary on racism like the rest of her cohosts, she instead condemned some of the Twitter reaction to his remarks.

"In response he was trending on Twitter, being called Uncle Tom and Uncle Tim, which many Americans consider a racial slur," she said, getting heated as she spoke. "So it's okay to be racist and use racist slurs against Black men, as long as they are Republican. I'm disgusted in the response to him."

“I was really disappointed in Biden’s speech,” @MeghanMcCain says. “He is showing he’s going to make his mark and be the most progressive president of my lifetime and it is very disappointing to the people who had faith in him for running as a centrist.” https://t.co/cVclFZQmjA pic.twitter.com/0WHfUTXYeB

"Hit him on policy if you have policy problems with him, but the way he is being talked about, the way he's being disrespected, don't talk to me about micro-aggressions with race in this country, don't talk to me about the problems we have in this country with racism when it's okay to speak and treat a Black man this way who happens to be the most famous Republican Black senator in the country," she continued.

"It's okay to treat him that way, it's okay for Twitter to let it trend for 11 hours, which is supposed to be against their policies and standards? I don't believe it would have happened if it were a Democrat," added McCain. "It so hurt me, disgusted me and saddened me. Literally ruined my night and ruined my morning because of it. I'm so grossed out by the entire thing."

She then said she and many others had nothing but support and love for Scott, saying he did a "fantastic job" and adding he should run for president ... and not Nikki Haley.

.@WhoopiGoldberg: “We’ve seen [racism] for four years directed at various people, various kinds of people. So racism is alive and well in this country. You know, whether it’s being directed at Muslims or being directed at Mexicans or Black people, it is here.” pic.twitter.com/AcsmWarAMJ

After another break, Whoopi addressed a lot of McCain's comments, though she didn't mention her directly.

"One of the things that bothered me is people are talking about, 'Well, if that's how you're going to act towards one guy, you shouldn't talk about racism,'" she began, basically reiterating what McCain had just said. "Well, you should because we've seen it for four years directed at various people, various kinds of people. So racism is alive and well in this country."

"So while we're talking about these things, it would be nice if he could have said, 'You know what, I don't believe the country is entirely racist but we have some issues we have to deal with,'" she added, before also responding to McCain's comments about how much some of Biden's plans will cost.

"I don't remember people flipping out about the fact that our deficit grew by $2 trillion under You Know Who. He said he was going to eliminate the nation's debt, it grew 39% under him," said Goldberg.

"Yeah, somebody's gonna have to clean up this mess and it is a mess. Whether it's a Republican mess, Democratic mess, it doesn't matter, it's a mess for the American people and all I care about is finding a way to clean it up," she continued. "Somewhere there is a disconnect, but I prefer that someone start talking about this country as a country of people, people who have some issues that we have to clean up with all the stuff we gotta do and we gotta do it now, otherwise no one's gonna get it done and we'll be sittin' here in 20 years bitching about the same thing."

She ended the segment by adding, "In any case, we're moving right on" and then did just that.