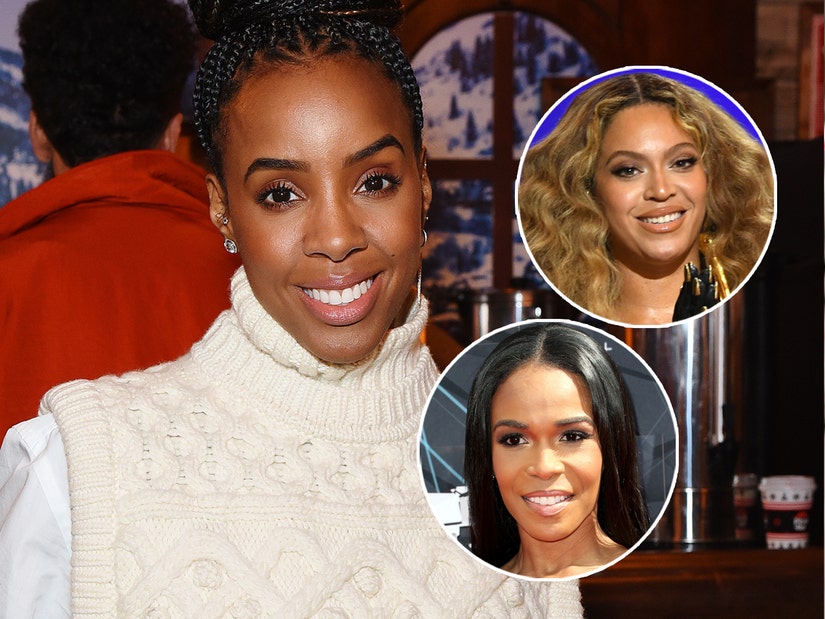 Kelly Rowland may have given birth to her second child amid the pandemic, but her "sisters" Beyonce and Michelle Williams were still able to be a part of it.

In an interview with "People (The TV Show)," the singer revealed her former Destiny's Child bandmates watched her give birth to her second son, Noah, over Zoom. 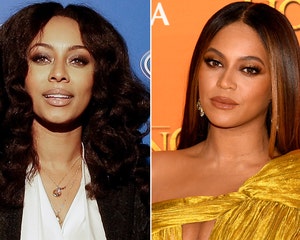 "We had our family join on Zoom," Kelly said. "They were here next to my head on the little table tray. They were able to see Noah come into the world. It was beautiful."

The Grammy winner said Beyonce's mom, Tina Knowles, whom she referred to as "Mama T," was also on the Zoom call. Kelly's mother-in-law, Jackie, was there as well.

Speaking to Entertainment Tonight back in February, the "Coffee" singer fondly recalled the sweet moment Beyonce and Michelle met baby Noah, saying it was "truly a gift."

"The girls were literally over here at the house just recently and when they met the baby it was like another part of my heart just... Being able to share space with Michelle and Bey is truly a gift," Kelly said at the time.

"It's really a gift because we've known each other for so long and the industry doesn’t really make friendships... It's the nature of it, and we still have each other after all these years," she added, "I'm just so grateful for them and they are a highlight of my life. Not professionally, but our friendship and our sisterhood -- you're going to make me cry."

Kelly and her husband, Tim Weatherspoon, welcomed Noah in late January. The "Dilemma" singer announced the news on Instagram at the time, sharing a photo of Noah with her and Tim's other son, Titan, 6.

Kelly revealed she was pregnant on the cover of Women's Health last October.