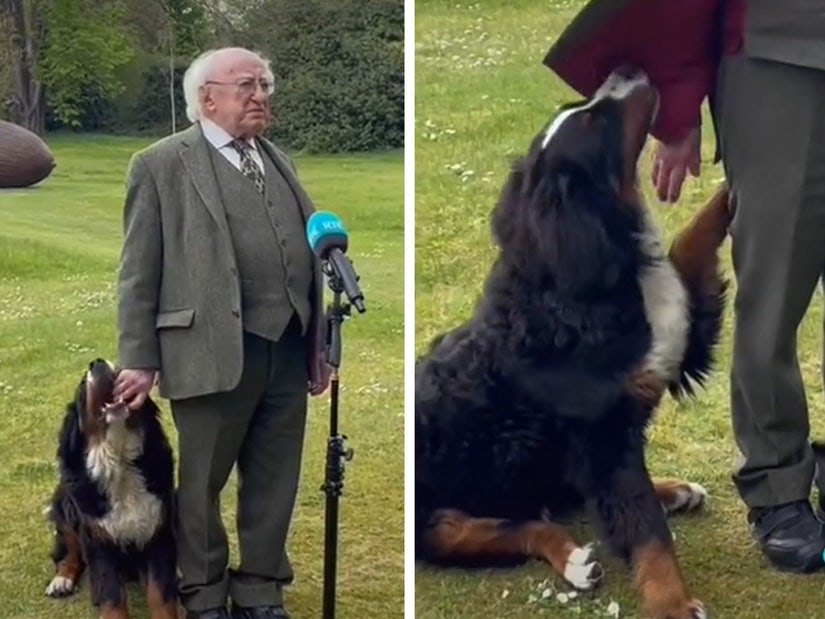 The adorable clip has been watched more than 1.3 million times.

Joe Biden isn't the only President having dog trouble, it seems.

His Irish counterpart Michael D Higgins was attempting to do a televised interview on Sunday when he was forced to fend off an attack by a jealous and momentarily attention-starved puppy.

The 80-year-old was paying tribute marking the death of Irish actor Tom Hickey — but his adorable Bernese Mountain Dog Misneach was only interested in playtime.

As he tries to solemnly address the sad passing, the pup simply refuses to leave him alone, playfully gnawing at his fingers, sticking his head under his jacket and pawing at his legs the whole time.

The clip was shared on Twitter by RTE's Arts and Media correspondent Sinéad Crowley and quickly went viral, amassing more than 1.3million views.

"There was a lot going on in our @rtenews interview yesterday," she wrote. President Higgins also shared the clip on his TikTok page, amassing another 275k views.

Twitter fell in love with the heartwarming clip, with many marking how the poet patiently petted and reassured the dog throughout. 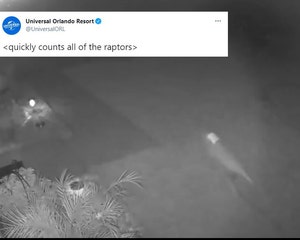 Funnier still in retrospect was the final clip that made it to the air — with Misneach cropped out — as the President's coat mysteriously flaps around and one arm fiddles with something off screen, while he flawlessly delivers the heartfelt eulogy as if nothing was going on:

And here’s how @PresidentIRL interview with @SineadCrowley looked going out on air on @rtenews (without Misneach in shot).... https://t.co/t3gEUchMvA pic.twitter.com/9sjBhsfolv

Misneach — which translates as  "Courage" in Gaeilge — is one of the President's two Bernese who live with him at Áras an Uachtaráin in the Phoenix Park in Dublin; the other is Bród, which means "Pride".

Misneach was only adopted into the family this past March, following the death of the President's beloved Síoda in September of last year.

Like her successor, Síoda (which means "Silk") was a frequent limelight thief.