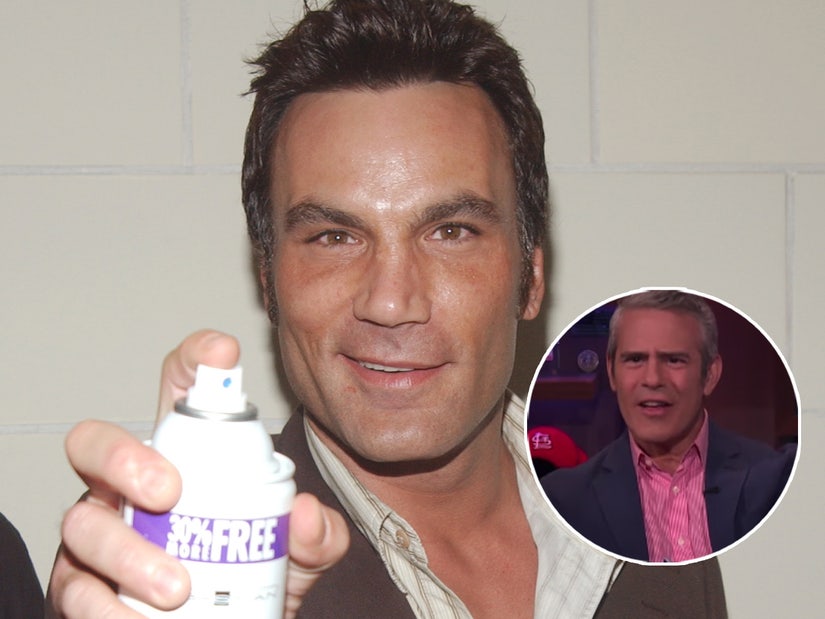 "I was slightly difficult back then," admits the hair stylist now.

He may have starred on "Blow Out" back in the day, but during an appearance on Monday's "Bravo's Blasts from the Past" episode of "Watch What Happens Live," Jonathan Antin looked back at some of his most famous blow ups.

The celebrity hair stylist headlined the Bravo reality show from 2004-2006, a show which ran for three seasons and ended just months after the first "Real Housewives" franchise premiered.

Antin, like most reality stars of that era, was known for being -- as Andy Cohen put it -- a "hot head" on "Blow Out." 15 years after the show's end, he said not much has changed.

"I don't think I'm ever not gonna be a hot head. I think you can attest to that," said Antin. "Those were the good old days."

He kept making little comments about his feuds with Cohen throughout the episode -- saying "there were worse" blowups that happened off camera, telling Andy, "as you well know."

When asked whether he had any regrets, Cohen noted that he couldn't wait to hear Antin's answer, perhaps sensing their own past would come up again.

"Probably fighting with you about that you said reality was starting to go more in the family direction," recalled Antin. "I said, 'I'm not having my family on and that's it' and you said, 'Okay, that's fine, then the show's over and that's it., I kinda regret that."

"Is that how it went?" asked Cohen. "That's kind of how it went, so I apologize for that now, Andy," added Antin.

When Andy said, "I feel like there's maybe more to it than that," Antin admitted that there was "maybe a little bit more" and added, "I was slightly difficult back then."

He was also asked what he missed the most about his time on Bravo.

"Besides fighting with you?" asked Antin, before saying he "really loved the day to day grind of the show" and missed the feeling of "pioneering" reality TV at the time.

These days, he's still married to Sescie Karabuykov, with whom he just celebrated his 15th wedding anniversary. The couple's two children -- Asher and Jocie -- are 15 and 13 now, respectively. He also revealed he sold his DIRT product line, but has a new product on the way that's "10 times better."

After the episode ended, Cohen took to Twitter and reacted to one viewer's tweet saying Antin should come back for a full WWHL episode of his own to "work out his grievances" with Andy. "It would take more than a half hour," he joked.

It would take more than a half hour 🤣🤷‍♂️ https://t.co/6ImYfZPXb8