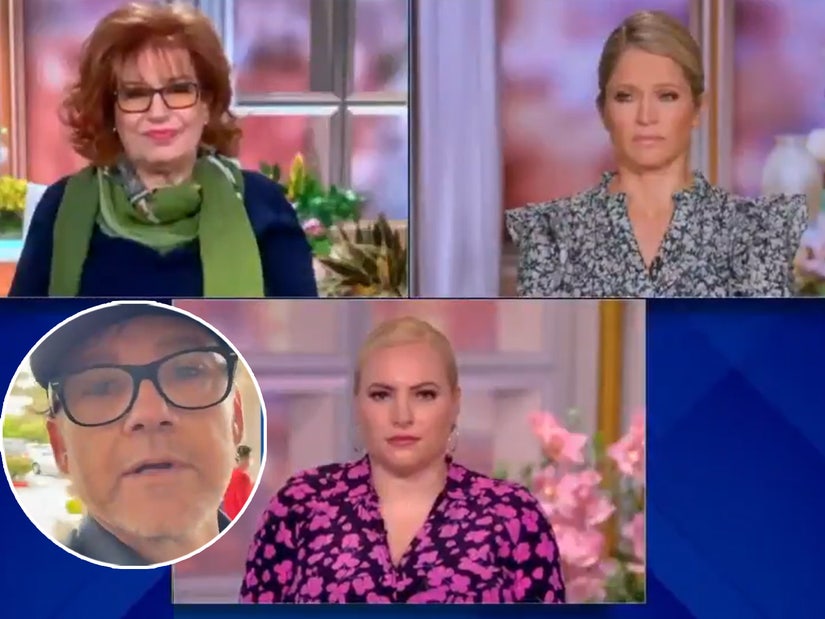 Even Meghan McCain said the former actor isn't "helping things" ... while Schroder issues an apology to the manager.

Ricky Schroder made headlines for berating a Costco employee in California, after the former child star wasn't allowed entry without a mask. He made a huge stink of it, recording himself verbally attacking the manager and sharing it online -- and now, the backlash is setting in.

The video was the first Hot Topic of the day on "The View" Monday morning, as the women had a conversation around the CDC's new mandate on mask wearing.

CONFUSION OVER MASK MANDATES? After the CDC relaxed guidelines for fully vaccinated people, we discuss the confusion its caused for many businesses and react to actor Ricky Schroder going viral after he confronted a store employee who was wearing a mask. https://t.co/ZdC9rmA0kj pic.twitter.com/OFAcrNPVfZ

Last week, the CDC announced that those who are fully vaccinated "can resume activities without wearing a mask or physically distancing, except where required by federal, state, local, tribal, or territorial laws, rules, and regulations, including local business and workplace guidance." In California, however, there is still a state-wide mask mandate -- which will likely be in place until mid-June.

"He's making the point that he's not that bright and he's not that nice, because people at Costco and other businesses are doing their job," said Joy Behar, discussing Schroder's antics.

"It is confusing right now. I was confused over the weekend because they said you could take your mask off inside," Joy admitted. "I've been fully vaccinated and I went into the supermarket and the butcher yells out, 'Joy, put your mask on!' At any rate, I said, 'I thought I could take my mask off,' he said Cuomo hasn't said so yet, so that's the rule in New York state at the moment. You have to pay attention to the law."

"These businesses have the right really to tell people what to do in their buildings, I think," she added. "Ricky Schroder is out of control. Didn't this guy give money to that Rittenhouse guy ... who shot a protestor or two. What do you expect from him?"

In 2020, the actor did donate $150K to Rittenhouse's bail fund to get him out of jail as he awaits trial for murder. Rittenhouse is accused of shooting and killing two men and wounding a third during the protests in Kenosha, Wisconsin following the police shooting of Jacob Blake.

As the conversation shifted gears a little, Sunny Hostin expressed unease with the CDC basically putting its mask mandate going forward on the honor system -- as there's no real way to know who is and isn't vaccinated, if no proof will be required.

"The honor system, I just don't think in this sense, will work because people will lie," she said. "I think we're going to be in this never ending loop in certain areas and that concerns me."

Meghan McCain said she was fully vaccinated but, unlike Schroder, will "respect what businesses want" when it comes to wearing masks. While she said a lot of talk around masks was "irrational and emotional," she added that she didn't think "people like Ricky Schroder are helping things by harassing employees."

While "the science may be there," said Whoopi Goldberg, she was concerned about living in a big city like New York where "lots of people come from all over the world" to visit, "all the time."

"People are uncomfortable and I don't think it's emotional," she added. "If the whole country had the vaccination, I think we'd be more comfortable."

Sara Haines closed out the conversation by admitting that, yes, the CDC guidelines did feel a "bit abrupt" but she felt it was a way to incentivize vaccines. She said her family would also continue to wear masks because she has three young kids who can't get vaccinated -- and even if there's a "very slim chance" they'll get a serious case, she's not ready to risk it.

"Ricky Schroder, getting up in people's faces, if people aren't comfortable, this has been a pandemic, we've lost over half a million people," she added. "Globally, millions and millions of people. Don't pretend to put your belief system on someone else that's being cautious during a global health pandemic. Really, shame on him."

Schroder posted a new video apologizing to the manager of Costco on Sunday, explaining his rant.

"Jason, nothing personal. I'm not upset with you or anybody in the position like you have, who works for a living," he said. "I understand you were following your laws and rules. I was trying to make a point to the corporate overlords and I'm sorry that I had to use you to do it. And if I hurt your feelings, I apologize."

"I do think that independence for medical tyranny is more important than hurting people's feelings, so I'm sorry I hurt your feelings. But I want us all to be free," he continued. "I want us all to go back to the way it was. I don't want this COVID reality they want, these COVID passports. I just don't want it. And neither should you."