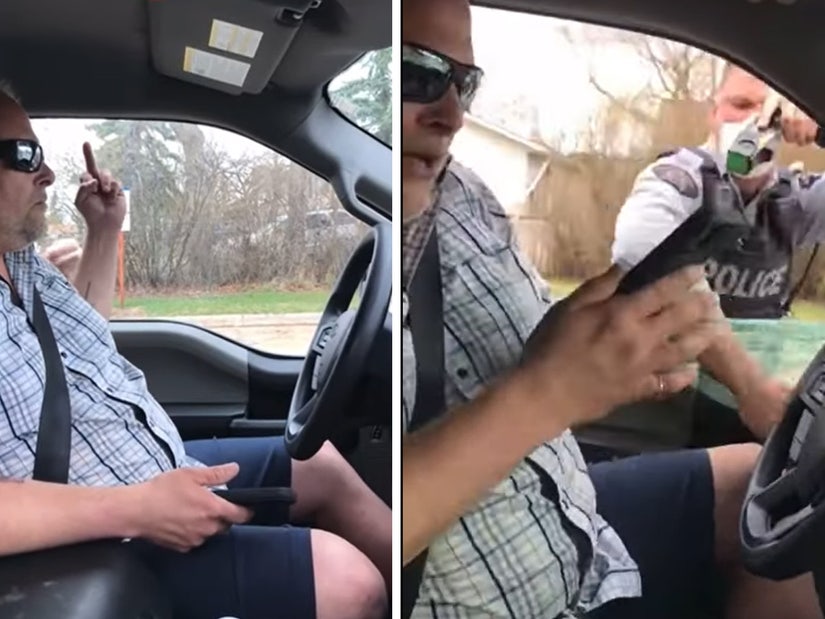 According to Snoop Dogg — the driver was lucky he is white.

A Canadian driver who didn't learn his lesson the first two times he was pulled over paid the price the third.

A now viral video, shot by the driver's equally irked wife, showed the moment the police officer smashed in their window and pointed a taser at the driver's face, after accusing him of hitting him with his car.

The incident occurred on May 6, when the 46-year-old suspect of Grande Prairie was driving near 98 Street and 101 Avenue, and was pulled over for "stunting", which according to Alberta traffic law is to "perform or engage in any stunt or activity that is likely to distract, startle or interfere with users on the highway." 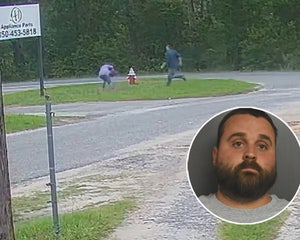 After being handed a ticket, he pulled off, apparently in a fashion the officer didn't quite appreciate — because he was pulled over a second time, a few blocks away, again for stunting.

Clearly not pleased with the second pullover, he stuck his finger up at the officer as he approached the car, while his wife recorded.

"I'm waiting for your boss to call me. F--- off and get in your car," he shouts at the officer, ignoring his knocks on the window.

Winding it down a crack, he snatches the ticket out of the officer's hands. "You're a f---ing little bitch, gimme my ticket and go f--- yourself. Goofball f---ing f----t," he yells, dropping a homophobic slur. "F--- you!"

"F--- off you bitch! You're a f---ing clown!" he yells back as he suddenly speeds away — and apparently makes the fatal error of bumping into the officer while doing so.

Instantly, the blue lights are flashing behind him once again, and this time the officer is not going to be so patient with him.

"You like pushed him, 'you just hit me!' the wife mocks the officer from the passenger seat, an on camera admission that will likely be used against them in court. "Again, here we f--king go. F--- are you serious?" she moans to the camera. "Third f---ing time in five f---ing minutes."

But the tone quickly changes in the car when the officer arrives with taser drawn, and smashes their window in. 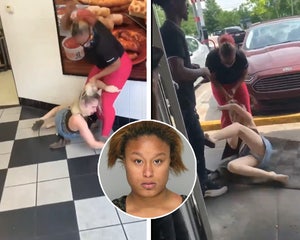 His wife begs the dispatcher "Send more people please! There's another officer but he just told me to shut up."

Her husband is dragged away in cuffs, still shouting until he is out of earshot.

A second officer then searches the car and confiscates a can of bear mace, while the wife demands an explanation.

"You can't drive your vehicle into a police officer," the first cop patiently explains, apparently wiping blood from a cut he sustained smashing the window. "I was standing right here and he sideswiped me. It's the same as any other motor vehicle collision, except that it was with a person and he did it intentionally."

According to CTV News, the driver was charged with Assault, two counts of Stunting under the Traffic Safety Act, and Possession of a weapon for a purpose dangerous to the public, relating to the can of mace. He is due in court July 21.

Snoop Dogg was among the many sharing the vid as it did the rounds on social media, highlighting it as an example of the "2 justice systems".

In a homophobia-filled video posted after his release, the man claimed the officers beat him to a point he had to leave jail in an ambulance.

"Now they're circling the block, all his buddies are bullying me," he says. "So if I end up dead or in a shootout tonight with the police, I just wanted to make everybody aware that I've talked with their watch commander, I tried to file a complaint with K-Division, I've called everybody I can."

"So now I'm just sitting with some patriots that are licensed to protect themselves, and are very good hunters, and they're gonna defend me tonight."