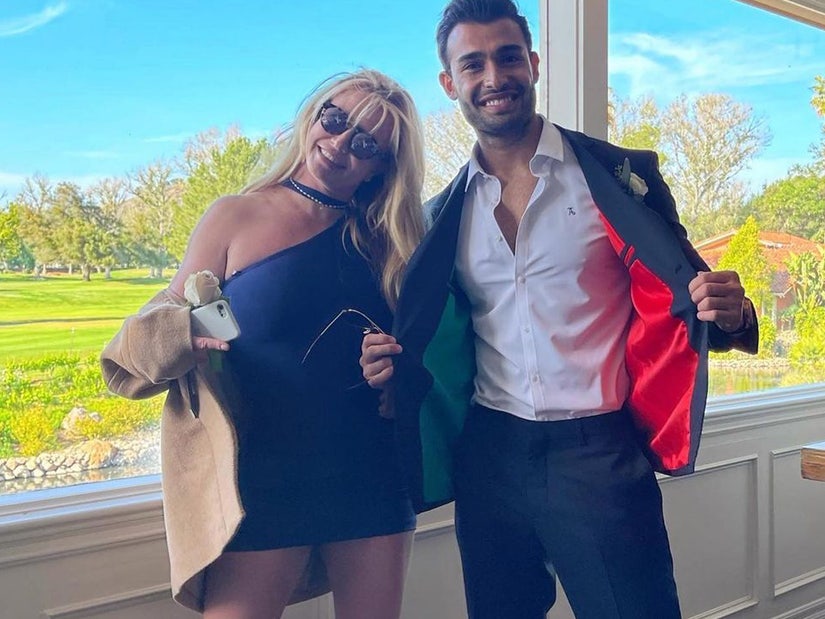 Spears' boyfriend reveals he wants to be the next Tom Cruise.

Sam Asghari and Britney Spears met on the set of the "Slumber Party" music video -- but it's a job he almost didn't take.

In a new interview with Variety about his role on Showtime's "Black Monday," the actor said he "believes in the universe, and everything happens for a reason," including his decision to appear on the video after previously deciding he was done with them.

"Music videos are kind of dead and they're not considered as an acting job. I did this thing with Fifth Harmony, and then that was supposed to be it: No more music videos, just move on to TV and film," he told the publication.

"Then a good friend of mine called me and said, 'Listen, I'm working on this job as a makeup artist and the director was looking for this person for this lead. Can you be in it?' I said, 'You're the one that told me I shouldn't do more music videos, why are you calling me?'" he recalled. He said, 'No, trust me, you want to be in it — the artist wants, they chose you specifically out of 10 different pictures. Please, please, if you can make it.' That was at midnight, and the shoot was the next day, so I said, 'Yes, let's do it.'"

He added: "Everything happens for a reason. Even when I migrated here, we migrated by chance, my dad went through so much. And little things happen here and there that form a life."

While Sam didn't share too many specifics about his relationship with Spears, he was asked about the couple's decision to not only get vaccinated for Covid, but share their vaccination status while urging their followers to do the same on social media.

"It's science! My family is pretty much a medical family, and I'm not. Two of my sisters are working on the frontlines, the whole time, with COVID. My sister Maddie, she's a nurse that works between 50 to 60 hours a week at Dodger Stadium," he shared. "The information that came from there, the information that came from the medical team, just kind of helped us in a way to understand what was happening. Science in general just beats everything. It was a no-brainer when it came to the vaccine. I just wanted to get back to normal, get back to work, and wanted to be as safe as possible."

The only other allusion to Spears came when asked whether people know who he is when he auditions for roles -- with Sam admitting he actually prefers it when they don't.

"Usually casting directors don't. I'm just an actor. I'd rather they don't, because then they don't misjudge: this person is this, this person is attached to the other person — or whatever the case may be," he said. "I'd rather them not know who I am, so that way they can actually see the character. So they don't see Sam Asghari, they see whatever I'm auditioning for. So that way they can actually judge my acting abilities rather than my fame, or my presence on social media."

He told the publication that his ultimate goal is to get into blockbusters, as well as "TV shows that get on Netflix and become fan favorites." He pointed to "well-rounded" actors like Tom Cruise and Jason Statham, who are able to do dramatic and stunt-filled roles. Asghari, who was born in Iran, also revealed he's turned down "terrorist roles" in the past -- telling Variety his team "decided we don't want to do certain things that set up a stereotype."

"My ultimate goal is to be the first Middle Easterner that plays a superhero," he added. "Marvel or anybody — they should give me a call."