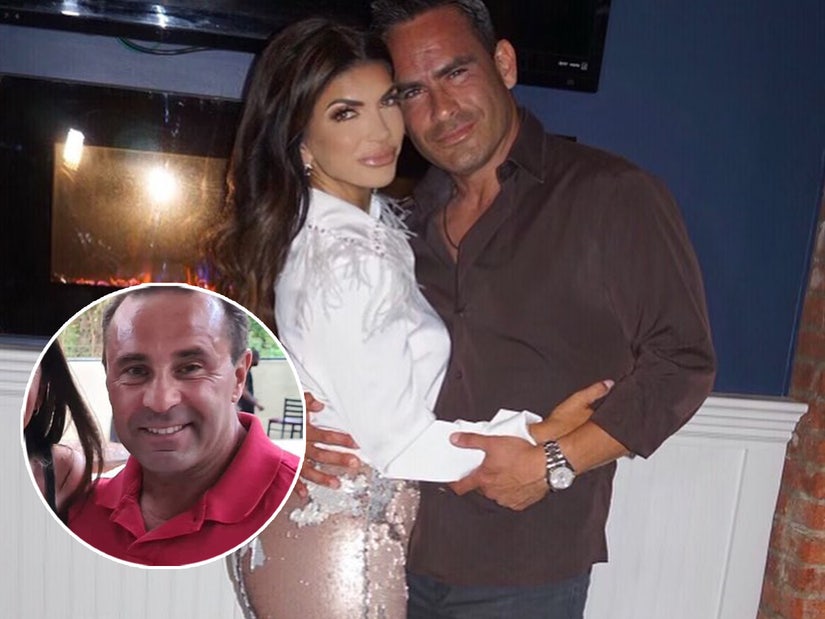 Teresa also claims Joe told her seeing her with a new man "broke my heart into a million pieces."

Teresa Giudice's boyfriend Luis Ruelas was a very big topic of conversation on the second and final installment of the "Real Housewives of New Jersey" reunion Wednesday night.

After a package highlighting the beginning of their romance from the show, Giudice revealed she had been talking to other guys before Luis, but they were "nothing serious." She added that the two do say "I love you" to each other, she gets along well with both of his kids -- he has 17 and 19-year-old sons -- and Luis' ex-wife.

Teresa was then asked whether her ex, Joe Giudice, ever came clean about cheating on her.

"No he didn't. Listen, I'm the type that, he sticks his pee-pee in someone else, he's never gonna stick it in me again," she said. "I would never go for that. I never caught him."

She also told Andy Cohen that she truly doesn't know whether she should believe him and added that she was completely faithful to Joe while he was in prison. She also said Luis is the only man she's had sex with outside of Joe in the last 20 years.

Cohen then wanted to know how the recent dinner she and Luis had with Joe went, after the trio went out with Teresa and Joe's kids in the Bahamas. "It really wasn't weird,' said Teresa, "The kids were like, 'Mom, make sure there's not a too much TMI.'" She, of course, meant PDA.

"[Joe] did tell Gia, 'Seeing your mom with someone else, it broke my heart into a million pieces,'" Teresa claimed. "I did feel bad. I wasn't trying to hurt him or anything."

She went on to say that daughters Gabriella and Audriana are doing good with the separation from Joe, but Gia and Milania "have deep issues about it." Gia and Teresa have been in therapy, while Milania will also start seeing a therapist soon too.

Teresa said Luis has actually been a longtime viewer of "RHONJ," saying that he "watched it all" and told her, "I'm going to treat you like you've never been treated before" after seeing her relationship with Joe. 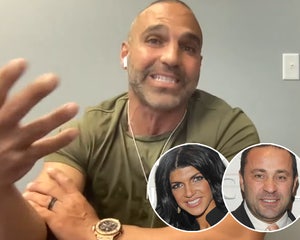 Cohen then asked about a few rumors about her man that have been out in the press, starting with a Page Six claiming he was "sex obsessed" and demanded sex as much as four times a day.

"Obviously, you can't believe everything you read, but yeah, I have found my match," said Teresa. When asked if the article in question "scared" her, she said, "Not at all. I told him to just ignore it"

He also asked her about claims former RHONJ star Kim DePaola made on the Behind the Velvet Rope with David Yontef podcast, in which she said he was emotionally abusive to past girlfriends and even slashed one's tires.

"Next question. I don't talk about sewer rats, sorry," she hit back.

When Andy pushed a little more, asking whether anything in the press has upset her, she said no. "I feel bad for him that this is being done because of me. These girls are so thirsty," she added. 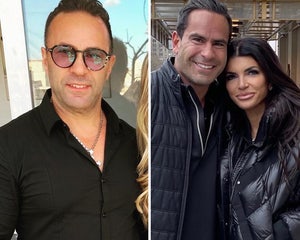