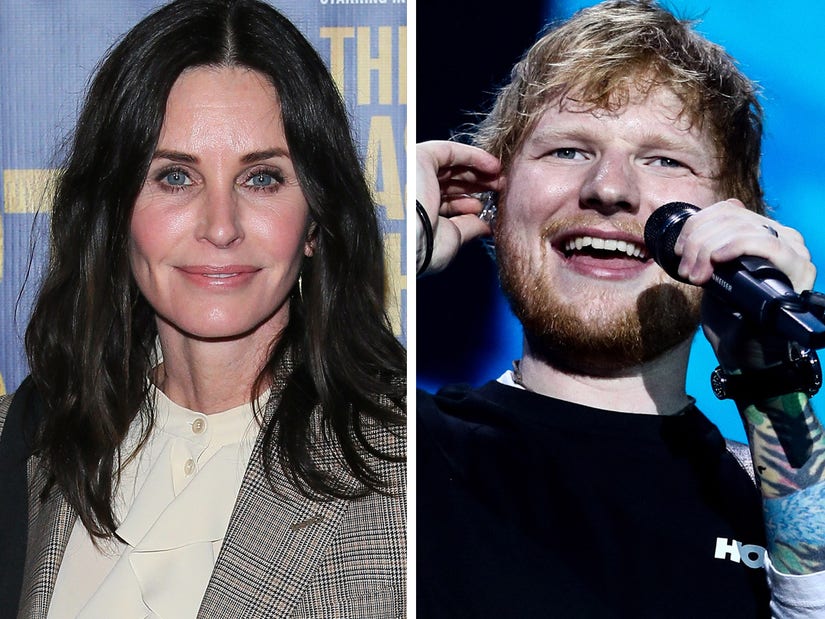 "Had a reunion of our own this weekend."

Could this be any more hilarious?

On Sunday, "Friends" alum Courteney Cox and singer Ed Sheeran both took to Instagram to share a video of themselves recreating "The Routine" from "Friends" -- and it was absolutely epic.

The two performed the infamous dance routine from Season 6 Episode 10 of the NBC sitcom, which featured Cox's character, Monica Gellar, dancing with her brother, Ross, played by David Schwimmer.

"Just some routine dancing with a friend… @teddysphotos #ReRoutine," Cox, 56, wrote in her post's caption.

As shown in the clip, Cox and Sheeran nearly nailed the performance and clearly had the choreography down pat. However, things took a turn at the end when Cox ran into Sheeran's arms for the final pose. While it's safe to say they didn't stick the landing, it made the video that much more hilarious.

Many fans and celebrities alike went absolutely nuts for the video.

"This Is EPIC," Kaley Cuoco commented on Cox's post, while "Schitt's Creek" star Sarah Levy added, "I've never been more jealous of anything in my life.

This comes just a few days after "Friends: The Reunion" premiered on HBO Max. Check out all of the biggest takeaways, here!