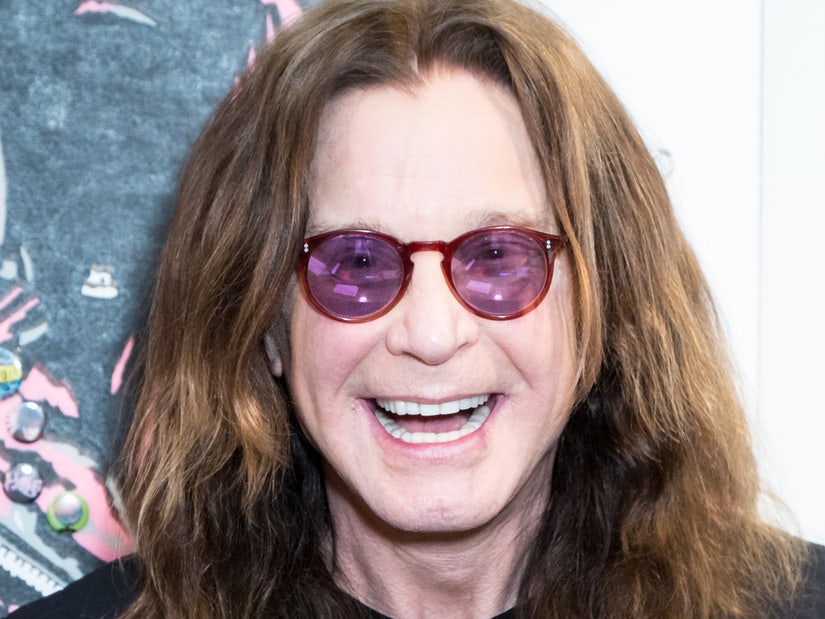 Reality television has the capability of taking a regular person and turning them into a celebrity overnight — and sometimes that's just too much for people to handle. Even those who had star power before signing on to broadcast their life on primetime TV have had trouble accepting that the public now knows a lot more about their lives than they'd originally planned.

That's why stars from shows like "The Bachelor," "Real Housewives," and even "Keeping Up With The Kardashians'' have expressed regret about taking part in reality TV. Even though these programs helped them gain fame and notoriety, many reality stars say they wouldn't do it again if given the chance.

Fans have watched the life of Teresa Giudice play out on "Real Housewives of New Jersey" but she says fame came close to ruining her family. If given the chance, Teresa says she would have never taken part in the show with relatives, including her sister-in-law Melissa Gorga.

"I [should] have never started the show with family. I feel like you don't mix business with family — you don't work with family. That's how I feel. And I don't like fighting with family. I'm very loyal, so that's what you saw on the show. I never thought fame would ruin my family, but it did," she told Digital Spy, adding that she's now thankfully been able to move past those issues.

Former Little Mix singer Jesy Nelson says she seriously regrets taking part in "The X Factor" and even thinks of the day the group won the competition as one of the worst days of her life. In the years following, the group became increasingly successful but Jesy faced constant online bullying and abuse. She later said that if she had known the consequences of appearing on "The X Factor," she wouldn't have done it.

"I don't think anything is worth your happiness, and it was a lot of my life that I won't get back," Jesy told The Guardian.

"The Bachelor" alum Sean Lowe regrets his experience on TV but not on the show you'd think! Sean says he wishes he didn't appear on "Celebrity Wife Swap" alongside other half Catherine Giudici.

"I do regret 'Celebrity Wife Swap.' That whole show was all scripted and they kind of made me look like a jerk! I do regret doing that show," he told TooFab. 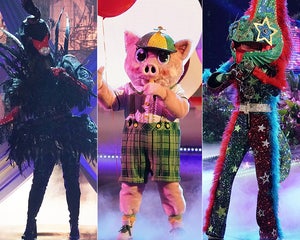 The Masked Singer Crowns Its Winner, Proves They Can Get It Wrong One More Time

While Adrienne Bailon was dating Rob Kardashian she made appearances on "Keeping Up With The Kardashians" which she says impacted her career for years to come, especially after the former couple split.

"To be stuck with that Kardashian label, that was so hurtful to me and to my career. I probably realized that too late...To this day, people will still say, 'You ruined Rob's life!' and I'll think, 'Damn, I was still playing with Barbie dolls when I met him,'" Adrienne told Latina magazine.

Ozzy Osbourne has expressed mixed feelings about his family's reality show and has said on several occasions that he regrets taking part in it. Recently though, Ozzy had had a change of heart and said he's glad they did the show despite how it negatively impacted their life.

"I don't understand what people saw in it. It wasn't scripted...But we just had a camera crew in our house 24/7, 365 days a year, and you end up going f--king nuts. You can't run off. And after three years of filming it the kids were all on drugs, Sharon was battling cancer and so I said to the family, 'Do we want to carry on?' and they said, 'No,' so we pulled it. I'm glad we did it because we reached a different level of fame. But it was like Beatlemania. It wasn’t fun... I was freaked out," Ozzy told GQ.

Kelsey Poe appeared on Chris Soules' season of "The Bachelor" and eventually became one of the most notorious villains in Bachelor Nation history. On the show, Kelsey seemingly boasted about her "amazing" life story following the death of her husband and viewers didn't take a liking to the young widow. Following her appearance on the show, Kelsey attempted to sue ABC for emotional abuse.

"Kelsey has had to see a therapist because of the emotional damage that this show has caused her. She has requested that they pay for the therapy and they have not responded to her, nor have they offered up payment...For them to exploit [her husband's death] for show ratings is cruel and twisted. If this situation is not rectified, we were told that she is considering taking legal action," a source told RadarOnline about the situation. 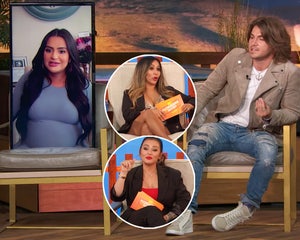 Floribama's Gus and Nilsa Battle It Out on Reunion, Hosts JWoww and Snooki Jump In (Exclusive Clip)

"90 Day Fiancé: Before the 90 Days" star Erika Owens recently admitted that appearing on the show was not what she expected and if she could, she would take back her decision to take part.

"I can take accountability and say I made the choice to do this but it certainly wasn't without a little persuasion. I'd take it back in a heartbeat. I also had no idea how the fanbase of 90DF is and how mean and vile people really can be...We don't get support or anyone standing up for us or giving us advice on how to handle it. It's like being thrown to the wolves," Erika said on Instagram.

Russian model Vladislav Ivanov ended up on a Chinese reality show by accident. Vladislav was working as a translator on "Produce Camp 2021," a boot camp style TV show where people compete to join a boy band, when producers asked him to take part. Vladislav agreed but quickly realized it was not for him. Due to contractual issues, he could only leave when he was voted off and, unfortunately for him, viewers seemed to take a liking to his half-hearted performances. It took almost three months for him to finally be voted off the show.

"The director saw that I am fluent in Mandarin, and they thought I'm good-looking, so they asked if I'd like to have a try and experience a new lifestyle...Dancing and singing every day, I'm really exhausted and now starting to regret my decision," he said in an interview.

Andi Dorfman may have been "The Bachelorette" but it's "The Bachelor" that she says she regrets appearing on. She took part in Jaun Pablo's season of the show and said that on the first night she immediately realized the absurdity of it all.

"It's freezing cold, everyone is cold and nervous standing on these risers, and you could hear the teeth chattering and the deep breaths. And I watch Juan Pablo come in with a stack of roses, and I'm thinking, 'This is the stupidest thing I've ever been a part of. I'm standing here cold, my feet hurt, and I'm waiting for a dude I don't know to give me a rose,'" Andi told Cosmopolitan.

Chris Bukowski has seen it all when it comes to Bachelor Nation. He's appeared on "The Bachelorette" twice as well as "Bachelor Pad", and "Bachelor in Paradise". But Chris now says his time on reality TV, particularly "Bachelor Pad," almost "completely ruined me, my family and my career."

"I couldn't believe the hate towards me…I'll never forget going to my parents' house and witnessing my dad obsess over all of the stuff being said about me. That show ruined my relationship with my father at the time and created distance between me and my mother," Chris told RantNow.

Music executive L.A. Reid says he regrets his time as a judge on "The X Factor" because it drastically impacted the way he looked at music and analyzed potential talent. Although he admits he had fun the first season, it was the second season where things went wrong.

"It's the worst thing I've ever done...The second season I was fully engaged trying to run a label, and it wasn't fun anymore. And more importantly, it really affected my taste — it almost destroyed it. It completely threw me off...But yeah, what works for television isn't necessarily the thing that works in the traditional journey of music, so I adjusted my taste for television. But the truth is, I lowered my bar — my bar was quite high, if I'm being honest, and as a result I didn't have the same level of success. The bar is quite high again now, but it was damaging," L.A. said during an event. 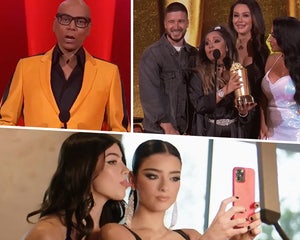