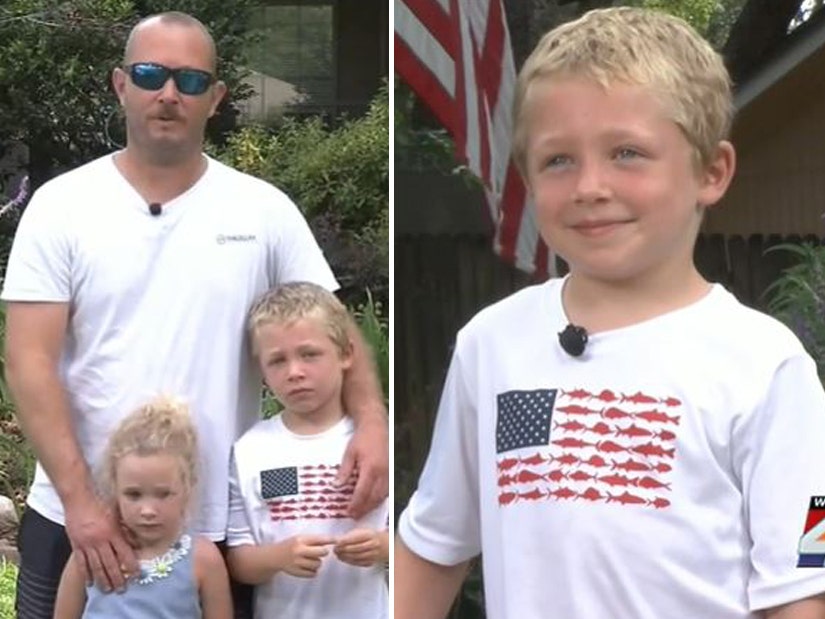 He wasn't even wearing a life jacket.

A seven-year-old boy is being hailed a hero in Florida after saving his family from certain drowning.

Chase Poust and his four-year-old sister Abigail were swimming in the St. Johns River, right next to their father Steven's boat while he fished — when disaster struck.

The little girl let go of the back of the boat and, caught in the strong current, began to drift downstream. Noticing this, Chase immediately made a grab for her, but in doing so got swept away from the boat too.

"The current was so strong that my sister — she usually hangs out at the back of the boat — and she let go," he recalled. "So I let go of the boat and I grabbed her... but then I was stuck."

The father dived in to try and save them both, but he too was powerless against the current, and soon wore himself out trying to fight it. The only one of the three wearing a lifejacket was the little girl.

Steven was then forced to ask the unthinkable of his young son: try swim to shore to get help, while he tried to stay afloat with Abigail.

"I told them both I loved them, because I wasn't sure what was going to happen," Poust told WJXT. "I tried to stick with her as long as I could... both of them, really. I wore myself out. And she drifted away from me."

"I felt really scared,” Chase told the broadcaster — but he certainly didn't exhibit it at the time. The brave youngster began swimming toward the shore, flipping from doggie paddle to floating on his back to prevent himself tiring out.

"The current was going the opposite way of going to the boat and the shore so it was very hard to swim that way," he said.

Until eventually — one hour later — he made it to dry land.

He immediately ran to the nearest house and banged on the door, and the home owner raised the alarm.

The Jacksonville Fire and Rescue Department, Sheriff's Office and Florida Fish and Wildlife Conservation Commission scrambled to the river where they found the father and daughter, still alive, almost two miles away from where their boat was anchored.

"I screamed for help at the top of my lungs and waved my arms and sure enough someone heard us," the boy's dad said. "Little man also made it to shore and got help and that's what saved our lives."

Fire authorities told the broadcaster that no laws were broken; neither Chase nor his father were required to wear a lifejacket being over six years old, and on a boat less than 26 ft long.