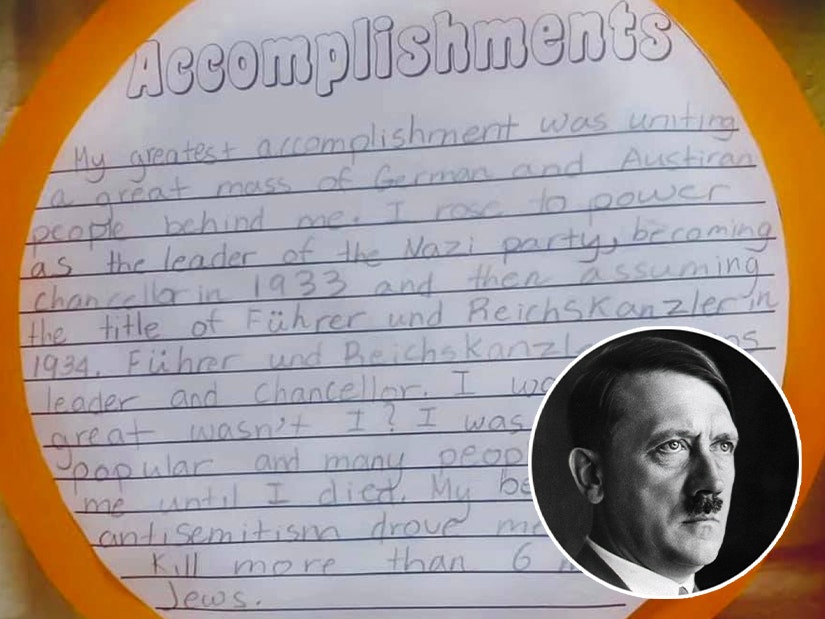 "I was pretty great wasn't I? My belif in antisemitism drove me to kill more than 6 million Jews."

A New Jersey school is under investigation after displaying a fifth grader's assignment on the "accomplishments" of Adolf Hitler.

According to parents, the student dressed as the dictator while delivering the "Character Development project" to his class Maugham Elementary School, before it was hung on the school walls, where it remained for weeks.

A picture of the assignment, headed "Accomplishments", was posted on Facebook by Lori Birk, a friend of one of the school's parents, who said their child complained about having to walk past it in the hallway every day, NorthJersey.com reported. 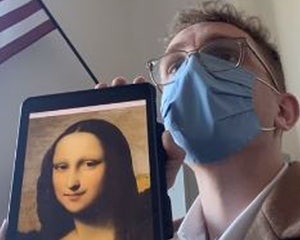 "My greatest accomplishment was uniting a great mass of German and Austrian people behind me. I rose to power as the leader of the Nazi party, becoming chancellor in 1933 and then assuming the title of Führer and Reichskanzler in 1934. I was pretty great, wasn't I?" the essay reads.

"I was very popular and many people followed me until I died. My belif in antisemitism drove me to kill more than 6 million Jews." [sic]

"This was written by a fifth grade Tenafly student at the Maugham School, who also dressed as Hitler while delivering the Character Development project to the entire class," Birk wrote in her post. "Please read- as this was hanging in the Maugham School hallway in Tenafly."

"This is ignorance, antisemitism and hatred taught at a fifth grade level. Shame on the parents who helped their child dress as Hitler and the teacher who has approved such hatred. Please read and share. Antisemitism in full form right here in Bergen County."

She added: "This is a county filled with children and grand children of Holocaust survivors.  As there are fewer survivors still alive- we must remember and teach our children the atrocities of this monster and not his 'Accomplishments'."

In a letter obtained by the Post Millennium, Superintendent Shauna DeMarco said she learned about the incident on Friday and began an investigation. 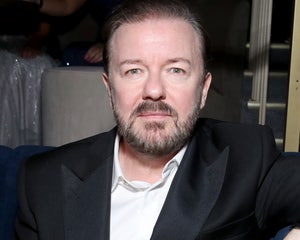 "On the eve of Memorial Day, when we honor and mourn the military personnel who have died in the performance of their duties while serving in the United States Armed Forces, I have the difficult task of addressing a serious matter involving a school project completed recently on Adolf Hitler," she wrote.

"I have requested that all associated information related to this project be provided to me. Once I receive and review the full information, I will determine any further action that should be taken."

In a statement posted on the schools website, she added: "We understand that tensions are running high and that our community is extremely upset. We share those feelings."

"We are reviewing all of the facts surrounding this matter and will provide an update this week. In the meantime, we are committed – as always – to cultivating a positive school culture that has no room for hate, prejudice, bias, or oppression. We are proud of our District’s policies regarding diversity, equity, and inclusion and stand by them."

She also added that "extra measures" were being taken in all the district's schools this week to "ensure order", and make sure they remained safe environments.

Parents told the Post that the school district is around 40 percent Jewish; they insisted the teacher helped oversee the project from writing to presentation. 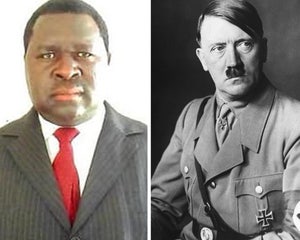