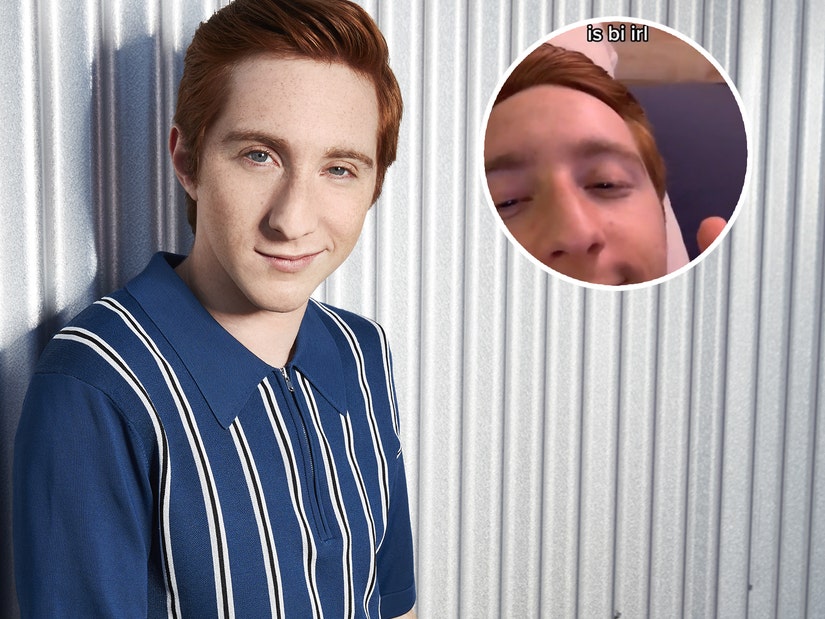 He made the big reveal in a TikTok video.

"High School Musical: The Musical: The Series" star Larry Saperstein put the B in LGBTQ Pride Month on Tuesday by revealing that he's bisexual.

The 23-year-old actor, who plays Big Red on the Disney+ series, opened up about his sexuality in a TikTok video set to the song "International Super Spy" from The Backyardigans. With lyrics including, "There's one thing you can expect from me and that's the unexpected," creators who use the song usually reveal something "unexpected" about themselves in their videos.

In Saperstein's video, he's seen in bed as the song plays. Over his head, the words "plays a character with a girlfriend on TV" are superimposed, before he adds, "is bi irl."

After his reveal, Saperstein's followers celebrated the announcement in the comments -- and began to speculate that his on-screen character is bi too.

"BI KING PLS," wrote one popular comment. "Big Red is definitely bi too ... him and Ricky keep having those moments," read another. Wrote a third, "HAPPY PRIDE BESTIE ILY AND IMY"

Saperstein eventually responded to his followers -- and, specifically, those saying they already figured it out -- by writing, "lol the we been knew comments are savage but y'all are funny and ily."

On "HSMTMTS," Saperstein's character is in a romance with Julia Lester's Ashlyn Caswell. The show, however, has been praised for its queer representation -- with Frankie A. Rodriguez and Joe Serafini's Carlos and Seb romance at the center of the action. The two are also dating in real life.