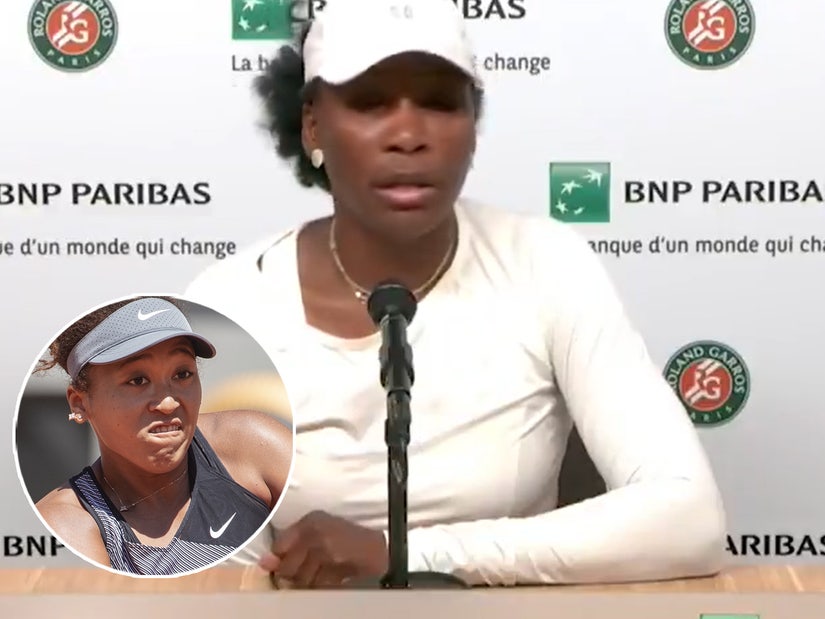 Venus Williams gave an epic response to the news of Naomi Osaka withdrawing from the French Open.

During a press conference following her first-round loss in the Open on Tuesday, the tennis legend was asked how she manages media conferences after Osaka announced she wouldn't be doing press over concerns for her mental health and subsequently quit the tournament.

"For me personally, how I cope, how I deal with it, was that I know every single person asking me a question can't play as well as I can and never will," Williams said with a straight face. "So no matter what you say, or what you write, you'll never light a candle to me."

"That’s how I deal with it. But each person deals with it differently."

And Tennis Podcast tweeted, "As the name suggests, she's otherworldly."

A day earlier, Williams' sister, Serena Williams, also touched upon Osaka's exit, saying she had struggled with facing the press as well, but it had ultimately made her "stronger."

"The only thing I feel is that I feel for Naomi," explained the 39-year-old Grand Slam champion. "I feel like I wish I could give her a hug because I know what it's like."

Osaka revealed on Monday that she had suffered "long bouts of depression" since defeating Serena at the U.S. Open in 2018 where she won the first of her four majors. She also revealed she gets "huge waves of anxiety" before speaking with the press.

The 23-year-old tennis star received an outpouring of love and support from professional athletes and fans. The Grand Slam tournaments also released a statement pledging to address players' concerns about mental health.

"We wish to offer Naomi Osaka our support and assistance in any way possible as she takes time away from the court," the statement read.