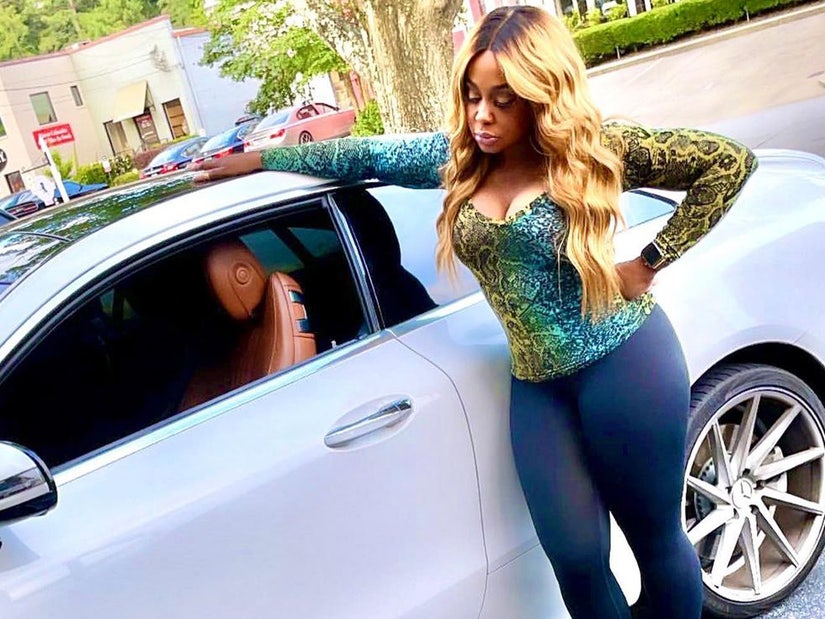 One of the items taken was a gift from Porsha Williams.

Former "Real Housewives of Atlanta" star Phaedra Parks is asking for help tracking down two men who broke into her car and stole some "sentimental" items.

On Wednesday, the reality star posted a photo of her standing outside of her vehicle, looking down at the busted glass from the driver's side window.

"Tonight at exactly 7:02pm during daylight someone (2 guys) broke into my car on Miami Circle exactly 11 minutes after I got out to drop off an item," she claimed. "They jumped through the passenger window and broke my glove compartment which was empty."

"He took the gold glitter backpack @porsha4real [Porsha Williams] gave to me for my birthday which had my Canon camera in it with my sons recent graduation pictures on the memory card," she added. "You can't see in my car I have 360 limo tint, the items they took are sentimental to me."

She asked for anyone with information to DM her, along with a photo of the alleged getaway car in the second slide. "I just want my memory card back," she shared in an Instagram Story.

Parks was fired from RHOA back in 2017, after she admitted to making up and spreading a vile rumor that Kandi Burruss and husband Todd Tucker planned to drug and rape Porsha. Phaedra recently appeared on a Blast from the Past episode of Watch What Happens Live, where Andy Cohen asked whether she and Kandi could ever "make amends."

"We're both two very strong, powerful Black women," she replied. "You know as a mom — we're both moms — I teach my kids that they can resolve anything, and so I will never say no. Resolution is possible in every scenario."