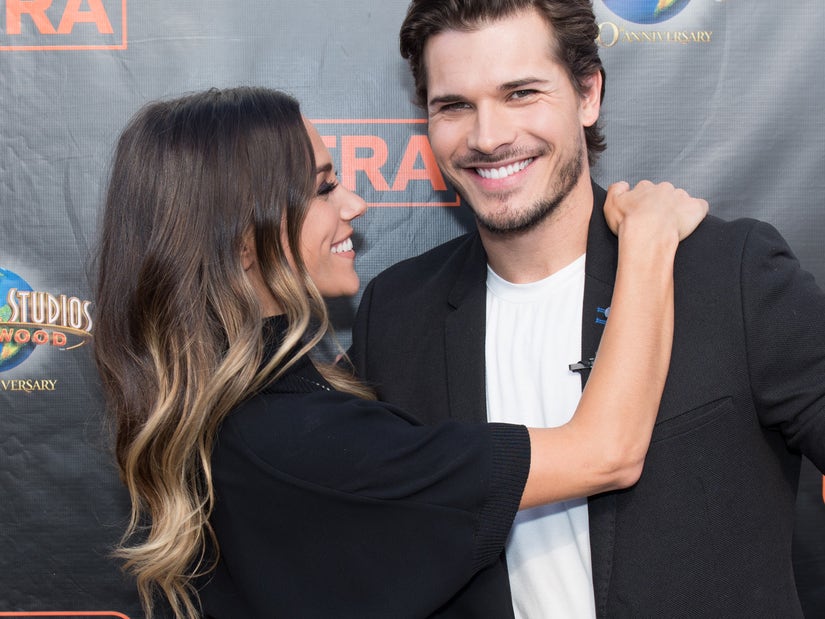 "She stormed out of the room, threw the mic," recalls Gleb, who really regrets his outburst.

A week after scoring perfect 10s on "Dancing with the Stars," partners Jana Kramer and Gleb Savchenko had a fight that nearly tore them apart.

The two were paired up during the show's 23rd season back in 2016, when Kramer was going through one of her many rough patches with now ex Mike Caussin. At the time, he had just gotten out of rehab for sex addiction, after admitting to cheating on his wife and the stress carried over onto the set of DWTS.

"Do you remember ... we got into a fight, you called me a B-I-T-C-H," Kramer asked her former partner on Sunday's episode of her "Whine Down" podcast. "I remember exactly how it was," Savchenko answered.

"You used to be so late and it drove me crazy! I was like, 'Respect my time as well!'" she recalled. "Like, I have my kid, I'm separated from my husband. I was, like, stressed."

Savchenko explained he was 30-40 minutes to a big joint interview for the duo, saying he was fighting with the wardrobe department over the dress Jana would be wearing. She, of course, had no idea that's why he was late.

"I sit down and she gives me this attitude. She snapped. She said something really annoying, and I was like, 'You're a f---ing bitch!'" Gleb admitted. "Everybody kind of went like, 'Oh s---!'"

"First of all, I'm sorry. I should have never said that," he then said to Kramer. "She stormed out of the room, threw the mic. I ran out. I ran in the street. The cameras followed us. I was like, 'We're in it together, let's just f---ing do the job, let's just dance.'"

Gleb said some of the fight made it onto the show, but they thankfully "never actually showed the whole thing." Kramer added she was "glad they didn't," before apologizing to her partner for her behavior at the time as well.

"I had so much going on with my ex just coming back from rehab and the baby and the stress and the show. When you called me that, I was like, "No,'" she said. "I wanted to win too, I wanted to make you happy, I wanted all of that. When you spend that much intimate time with someone, there's so many emotions. You had your family stuff going on, I had my family stuff, it's a lot. I would do it again -- minus the 'Bitch' -- I would do it all again over."

The duo wound up placing fourth that season, ultimately losing out to Olympian Laurie Hernandez. Kramer and Caussin would rekindle their romance and welcome another child before she filed for divorce in April 2021.