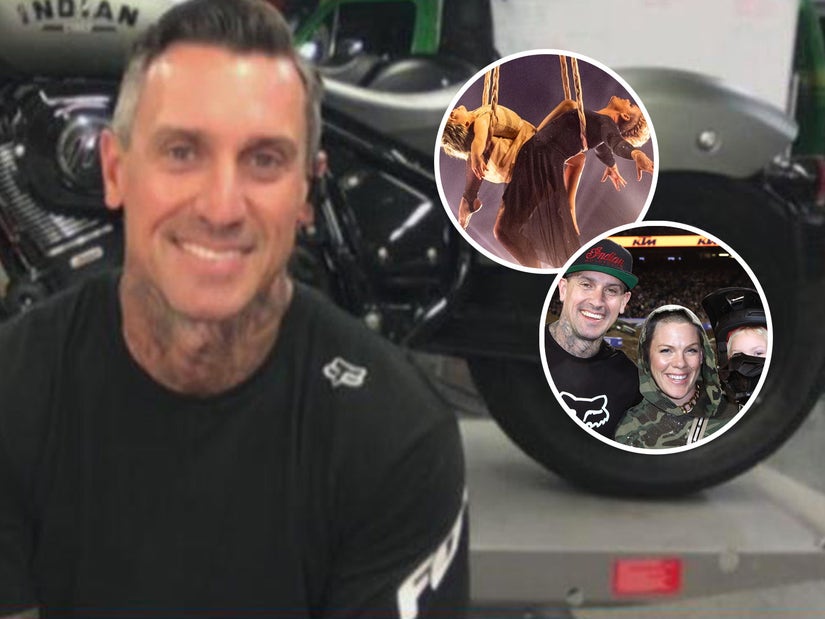 While he didn't have much say in the doc, he's happy fans can see he's not a "wild, crazy, motorcycle, tattooed scumbag."

P!nk's husband Carey Hart is happy to be her creative "punching bag" -- and thrilled fans will see a different side of him in her new documentary, "P!nk: All I Know So Far."

Appearing on "The Ellen DeGeneres Show" on Monday, the motocross legend revealed he didn't really have much say over his portions of the Amazon Prime Video doc, sharing that his wife only brought it up a couple days before it released.

"I saw some rough cuts of it early on, and the funny thing is about two days before the movie came out, she's like, 'You know, I never actually talked to you about this. How do you feel about being in it and your parts in it?' I'm like, 'Well, it's a little too late now,'" he joked, before explaining why he was very pleased with the final product.

"I'm kind of glad I got to show a little bit of my vulnerable side as a father as opposed to ... I'm perceived as being this wild, crazy, motorcycle, tattooed scumbag," he told Ellen. "So it's kind of nice for people to see my softer side." 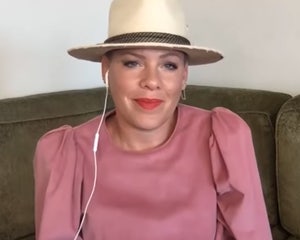 While he is thrilled with how it came out, he added that he did prank his other half with a last-minute request to "cut out my whole interview part" from the finished film. "The look on her face was pretty amazing," he added.

As DeGeneres praised their love story, Hart said the two have "grown up together," saying that in their 18 years together, he's been "her muse for about 17 of those" and adding, "I'm quite used to being the punching bag" for her creativity.

Elsewhere in the interview, he also opened up about their daughter Willow's performance with P!nk during the Billboard Music Awards. The 10-year-old not only joined the performance, but participated in her mom's trademark aerial stunts during the jaw-dropping number. 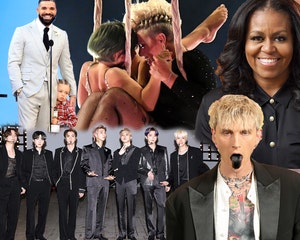 2021 Billboard Music Awards: The Most Viral Moments of the Night

"I can't say that I was nervous. Both of my kids are really physically talented. Willow has amazing balance. I was just a little bit more concerned about her commitment to it," Hart told Ellen.

"My wife had to sit down with her, as well as I did like, 'Look, if you're going to do this, you gotta give it 100%.' Leading up to the performance, they had [an aerial hoop] set up in the house and she gave 100 percent, worked her butt off, no stage fright, wasn't concerned or nervous at all, and absolutely killed it."

He added that while his two kids are little risk takers, he "can't say I want to see them try to make a career out of motocross" like him. He did say, however, he wants them "to be able to ride motorcycles." Like his kids, he too started riding when he was just 4.