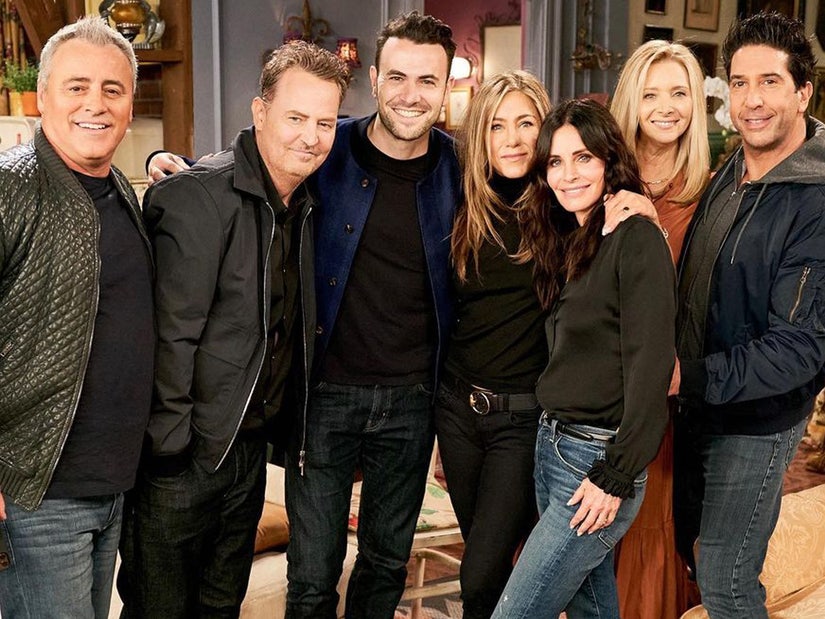 "What more diversity do they want in this reunion? The cast is the cast."

While HBO Max's "Friends: The Reunion" made a huge splash when it dropped last month, reuniting the show's core cast members for the first time in 17 years, the special was still met with a bit of criticism -- the same criticism that's been thrown at the show in the time since it originally aired.

There's no disputing that the sitcom is one of the biggest shows in TV history, but it was also an extremely white show and one that's been knocked for its lack of diversity over the years. Since its finale, cast members and creatives behind the scenes have all expressed some regret over how whitewashed the show was, a controversy that was ignored during the nearly two-hour reunion special. The reunion also didn't include appearances from guest stars like Aisha Tyler, Gabrielle Union or Lauren Tom.

In a just-published interview with The Sunday Times in the UK -- one that was conducted before the special actually dropped -- reunion director Ben Winston addressed some of the criticism, which first popped up online when the trailer was knocked for its lack of diversity.

"We have Malala, Mindy Kaling, BTS. There are three women from Ghana, one who talks about how 'Friends' saved her life. Two boys from Kenya. Three kids in India," said Winston. "What more diversity do they want in this reunion? The cast is the cast. It was made in 1994. I think it's remarkable how well it does stand the test of time."

When pressed about the absence of Black celebrities and guest stars, including Tyler, Winston said, "Not everyone could join us. But I'm really pleased with the show we were able to put together."

Star David Schwimmer previously said he was "well aware of the lack of diversity" on the show back in the day and told The Guardian he "campaigned for years to have Ross date women of color," including both Tom and Tyler. "That was a very conscious push on my part."

Series creator Marta Kauffman addressed the criticism during an ATX Festival panel about diversity in 2020, saying she "wish I knew then what I knew today." She added, "I would have made very different decisions. We've always encouraged diversity in our company, but I didn't do enough."

She also told The Hollywood Reporter in a more recent interview that when it came to casting the show, they "saw people of every race, religion, color" but "these were the six people we cast ... it was certainly not conscious."

Added executive producer Kevin S. Bright: "It's important for today's shows to be reflective of the ways society truly is. But for our experience, the three of us, that may have been our experience when we were young and in New York. But we didn't intend to have an all-white cast. That was not the goal, either. Obviously, the chemistry between these six actors speaks for itself."

"I would have been insane not to hire those six actors," Bright continued. "What can I say? I wish Lisa was Black? I've loved this cast. I loved the show and I loved the experience. I know Marta has a different feeling about it. I think it affects us all."

"Friends: The Reunion" is streaming now on HBO Max.