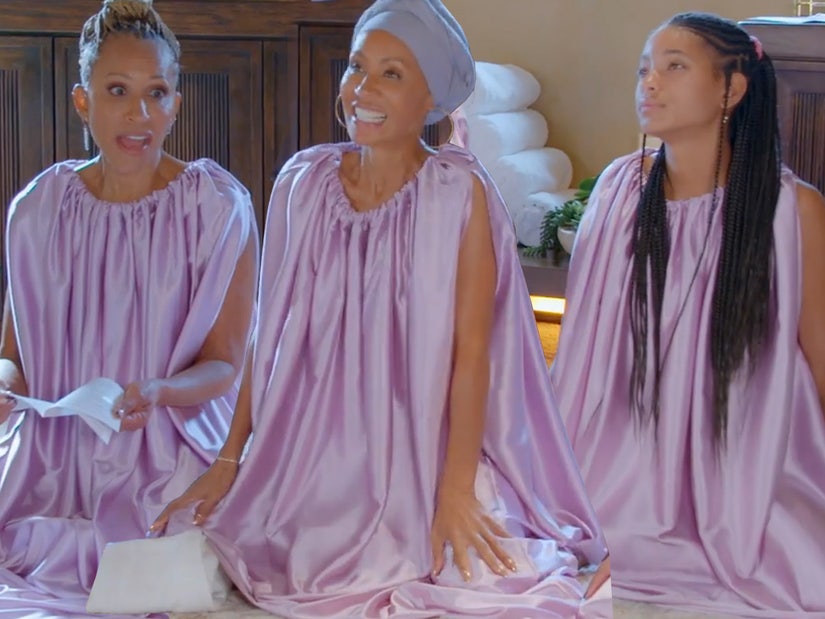 "If you can listen to all these little rap artists talk and abuse the vagina, you sure as hell can watch women give it honor and praise."

"We are gong to steam our vaginas. Yes, we're gonna steam our vaginas on camera," she told them both at the top of Wednesday's new episode. "I ordered some kits from a really beautiful young Black woman who owns her own business. So we're gonna head on up and we're gonna get started. Let's go get steamed ladies!"

After getting decked out in gowns that made them feel like "Grecian goddesses," the three women took to their thrones and got started. Jada explained steaming is an "ancient practice that originated in Asia and Africa" to "cleanse yourself after you finish menstruating," but is something that has since taken on a different purpose.

"I've read somewhere that vaginal steams are like an aphrodisiac," she added, before saying that, for her, she loves "spending time with your vagina in a way that" shows it "appreciation and care."

The three women then talked about the generational divide between them when it comes to talking openly about their anatomy. "It's always been so taboo and so much shame," said Gammy, as Willow said she and her friends talk about theirs all the time. 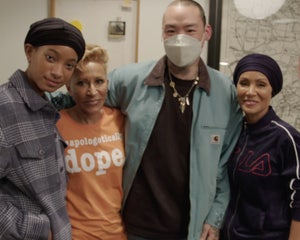 "But I'm sure boys sit around all day talking about their penises. I mean, that's why I'm telling you right now I don't want to hear nothing about this show," said Jada, sensing some backlash for the episode before it even dropped. "It being TMI and all that, 'cause if you can listen to all these little rap artists talk and abuse the vagina, you sure as hell can watch women give it honor and praise. And spend quality time, so I don't want to hear it."

"They’ll be like, 'It's TMI. Oh, my God,'" she continued. "And I don't really care because we have to change the narrative around the vagina, and women have to take it back."

After completing their steam, Jada said she felt "awesome" and was happy to have a new "spiritual connection" to her "Yoni." Gam, meanwhile, said she was both "invigorated" and "refreshed" by the process.

The rest of the episode involved a conversation with Jada's healer of 30+ years, Queen Afua, as they spoke about ways to get over shame associated with the vagina and gave tips on how to better handle stress, sex, diet and overall health. 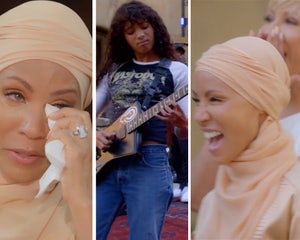