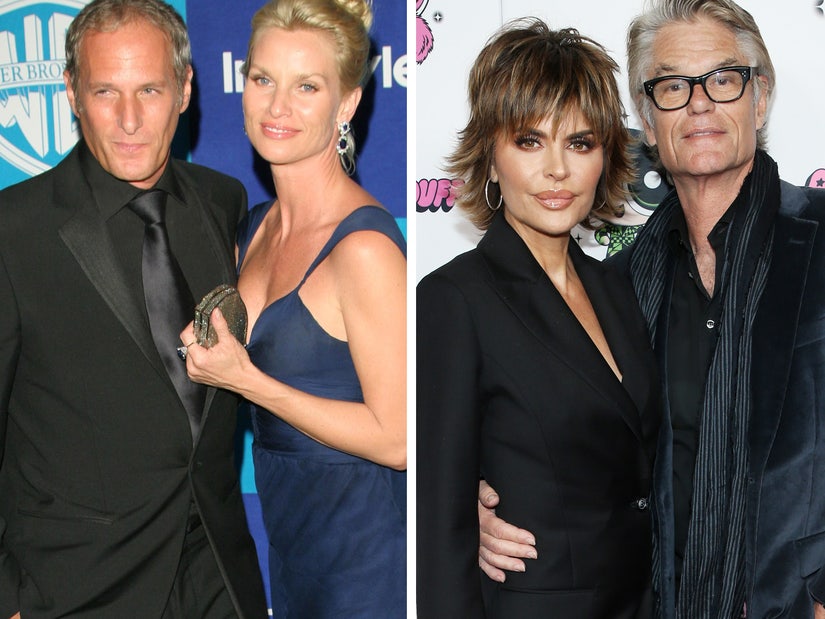 The conversation surrounding the love square between Lisa Rinna, Harry Hamlin, Nicollette Sheridan and Michael Bolton was just revived, with Bolton finally chiming in on the hot gossip the "Real Housewives of Beverly Hills" star dropped two years ago.

ICYMI: In 2019, Rinna said she owed a debt of gratitude to Bolton, claiming Harry's then-wife Sheridan cheated on him with the singer after a concert at the Hollywood Bowl. Lisa said Harry was out of town in Canada when it happened, effectively ending their marriage. Sheridan denied the allegations on social media, calling it "Fake News," but Hamlin backed up his wife's account.

Appearing on Radio Andy with Bravo's Andy Cohen this week, Bolton was asked about  the social media mess that erupted between Rinna, Hamlin and Sheridan at the time and whether he was "aware that this dialogue was going on in pop culture and social media."

"I was aware of Lisa because I would see her at The Beverly Hills Hotel, at The Polo Lounge. And she would make a beeline over to me with this big smile on her face," said Bolton. "And give me this big hug. I really didn't know her personally. And, and she explained why was because she said, 'If it weren't for you, I would have never gotten together with Harry and, and had a child.'"

While it sounds like she never got into the specifics of the situation with him, Bolton added that she was "basically attributing her happiness to me which I thought was curious, but it always seems so sincere."

He said Rinna was always "so joyful and expressing it" and, in return, he had "just always been friendly with her every time I see her." 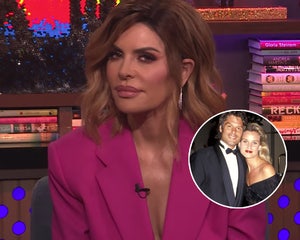 In an episode of RHOBH that aired back in February 2019, Rinna said, "The story is, [Sheridan] went to a Michael Bolton concert at the Hollywood Bowl ... and left with Michael Bolton!" Bolton and Sheridan dated from 1992 -- when she and Harry split -- until 1995. They rekindled their romance and got engaged in the early 2000s, before splitting again.

After the episode with Rinna's claims first aired, Sheridan went to Twitter to deny her account. "FAKE NEWS! Harry and I ended our marriage nose to nose in Canada," she wrote. "Michael was a long time friend that was invited to our wedding...Happy Harry found happiness with housewife @lisarinna."

Lisa also addressed the feud on "Watch What Happens Live," where Cohen noted that Sheridan started following him on Twitter. "I bet she did," Lisa shot back, "She probably needs a job. Was that shady?"

Responding to TooFab's article about Rinna's comment on "WWHL," Sheridan tweeted, "I have a proposal...gimme a minute😜" 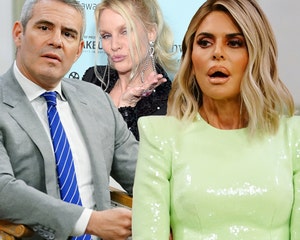