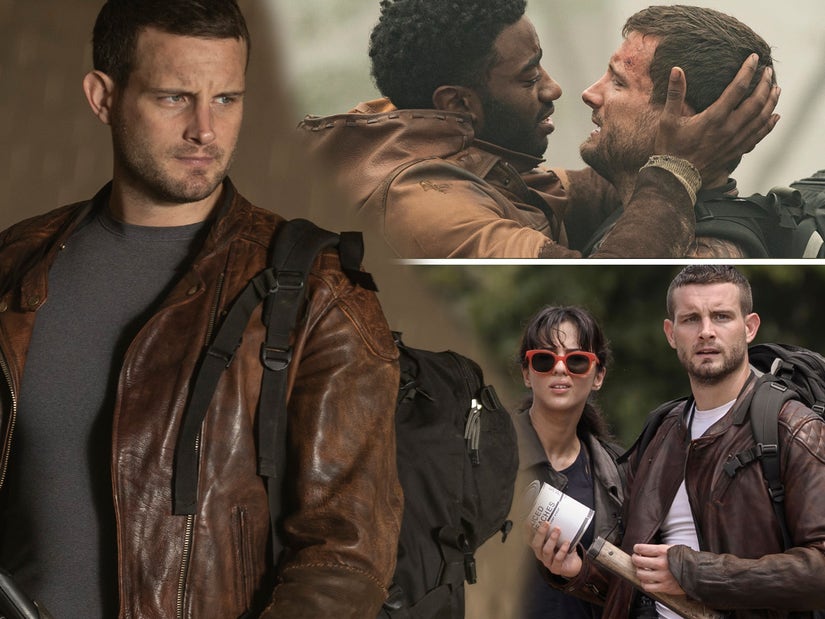 Tortorella opens up about Felix's sexuality and AMC's support, the intense fight training for S2 and says they'd "absolutely" be down to jump around the TWD universe.

Time's almost up for Nico Tortorella on "The Walking Dead: World Beyond," who confirmed production on Season 2 of the two-season series is nearing its end.

But with new episodes coming that expand the scope of the spinoff series and the many ways it could connect to both "The Walking Dead" proper and the planned movies, Tortorella is clearly excited about what's to come. 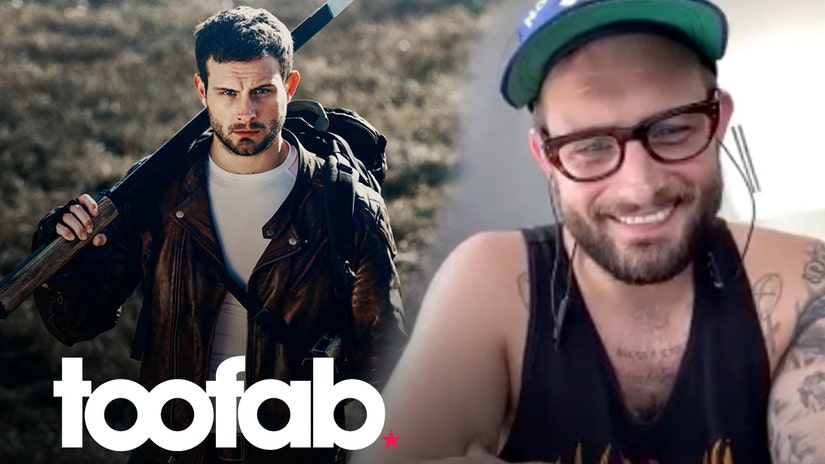 TooFab's Brian Particelli caught up with the star ahead of Season 1's home video release on June 15th, where they opened up about the importance of Felix's sexuality and AMC's support for the queer community in the face of some viewer backlash.

During out chat, Tortorella also teased what to expect from Season 2, whether Huck (Annet Mahendru) -- who turned on the group -- could possibly be redeemed and made it clear they'd be down to continue playing Felix anywhere "The Walking Dead" universe can make room for the character.

We wanted to first start with some Pride-related questions, as we're in the middle of Pride Month right now and Felix is a full on queer superhero. Did you have any input into how the character evolved from script to screen and was his queer identity a big draw for you?

I think it was the draw initially. The only thing I really knew about Felix is that he was queer and he was a vegetarian, which I appreciated. There were long calls at the beginning on who Felix was and what queerness looks like and feels like post-apocalypse. I'm constantly living in this queer spiral, so I was throwing layers and layers on it.

Scott Gimple said something to me that was pretty poignant, that the only binary that exists post-apocalypse is dead and alive, everything else kind of dissipates, which I thought was the most beautiful idea. If only we could all think about the world like that. For the most part, we only get a glimpse of Felix's sexuality. Yes, he is a gay man, but that is just a part of who Felix is, that's not the story that we're really telling. I think we forget that when we're talking about sexuality and gender identity in the public. It's just a part of who we are, it is not who we are. It was important to me that we played that story out with Felix.

Hi, hello. If LGBTQ+ characters on television (or anywhere) make you uncomfortable or angry, please unfollow us. While we also encourage you to look within and be more accepting, know that there is no place in our fandom for hateful discrimination or willful ignorance. Thank you.

Earlier this year, the official "Walking Dead" Twitter account issued a statement saying there's "No place in our fandom for hateful discrimination."  How does it feel to have that support, knowing they're on your side ... as they should be.

I just think the timing of it was really important. These last 2 years have been really confusing and disjointed and we have lost a lot of humanity and gained a lot of humanity in other arenas. To have that support anytime is important, but especially in a time of global stress to have the powers that be stand up and support is, I mean, what more could you ask for really?

We all have bigger things to worry about right now -- get over it!

We all do, honestly! Hate and prejudice is such a waste of energy and such a waste of time. Literally, the world is on fire and changing in front of us. Focus on putting the pieces back together, not ripping them farther apart.

We know you're in production on Season 2 now, what can you tease ... if anything?

I just got out of a 2-hour fight training, so there's a lot of fighting this season. The show feels a lot bigger this season. I feel like last season, it was really the core six of us, it was a pretty intimate show and it was really about the backstory of these characters and them getting from point A to point B and Season 2 is from C to Z. There is so much going on and we're actually shooting the last two episodes right now, so I have to be careful what I say. Be ready. Anything you thought was going to happen, throw it out the window and have an open mind.

Coming into the show, knowing it would be 2 seasons off the bat, that there are all these connective tissues to Rick Grimes, how much did you know from the start?

Nothing. Nothing from the start. To be totally frank with you, the first script that I read looked nothing like the pilot episode we actually shot. The Walking Dead historically keeps storylines very close to their chest, there's secret audition sides, but I think this has also been an interesting time for The Walking Dead universe. There's been a lot of changes and growth and I think that even the team is figuring out exactly where it's going and what it all means. Just the nature of television, everything happens so fast, decisions are being made in real time.

Not only that, but we've also been shooting in a pandemic. So we get shut down every once in a while, depending on what happens with actors and crew members, things are constantly changing. I've just committed to the unknown and rolling with the punches at this point, quite literally.

We know you can't say where things are going. But given the chance would you jump at the opportunity to be in films that are coming up or show up on the parent series if they aligned?

There's a very long answer to that question ... the short, safe answer is absolutely.

The first season ended with Huck betraying the group. Is there any chance of a reconciliation, is it in Felix to forgive and maybe find a way forward?

Here's how I'm going to answer this question. I feel like everyone has the power and access to forgiveness. It is at the top of the list of the hardest, most difficult reactions and states to live in, but if you can find it in your heart to forgive not only the other person but yourself in those moments, that's where the real growth happens. I know that in The Walking Dead universe in general, these characters are constantly growing. That is the point of the show.

Lastly, how do you think you, Nico Tortorella, would survive in a real-life zombie apocalypse?

I would be just fine. The whole life imitating art imitating life. I go from shooting the first season of The Walking Dead to full apocalypse in the world to shooting the second season at the tail end of Covid, I feel prepared for anything at this point. Let's go!

Season 1 of "The Walking Dead: World Beyond" is available now on DVD and Blu-ray. The second season is expected later this year.