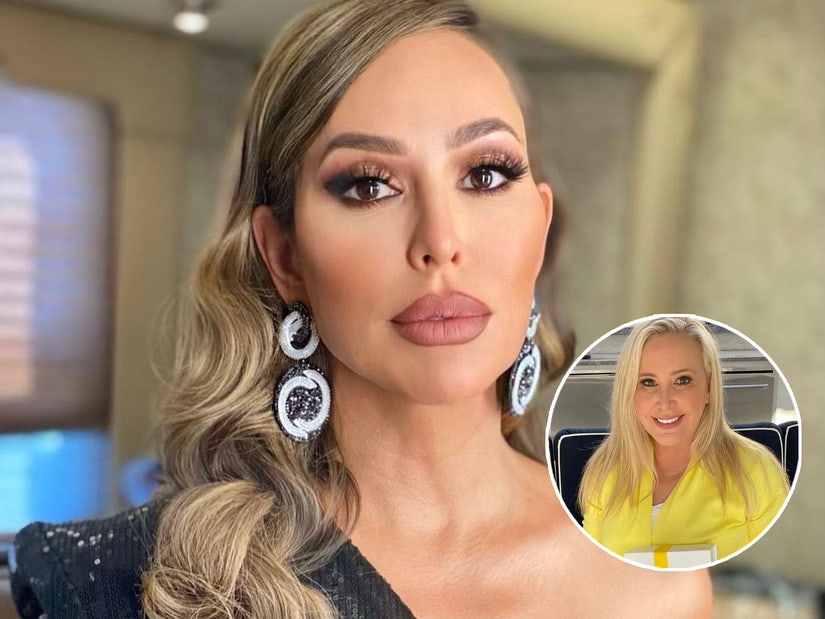 Elizabeth Lyn Vargas and Braunwyn Windham-Burke, who are also turning in their Bravo oranges, spoke out as well.

Kelly Dodd spoke out amid the bombshell news that she will not be returning to "The Real Housewives of Orange County."

"The last five years have been an amazing experience," she tweeted on Tuesday. "The next five years will be even better. I am so grateful for all the love and support and so excited about the future ❤️🍊 #RHOC".

The last five years have been an amazing experience. The next five years will be even better. I am so grateful for all the love and support and so excited about the future ❤️🍊 #RHOC

Shortly before the tweet, it was reported that the reality star, who joined the show for Season 11, would be turning in her Bravo orange alongside Elizabeth Lyn Vargas and Braunwyn Windham-Burke. Current Housewives Shannon Beador, Gina Kirschenheiter and Emily Simpson are set to film Season 16, with alum Heather Dubrow coming back after exiting in 2017.

Taking to her Instagram Story, Dodd also shared a video of Beador giving her a "parting gift" of a bottle of liquor.

"Thank you, thank you for giving me my parting gift, my love. It's OK, it's already out there," she said, referring to the news of her exit. "We're gonna drink this tonight."

Vargas also spoke out about her exit, reflecting on her first and only season on "RHOC."

"COVID 2020 was a very unfortunate and tough year for all of us during filming but we made it happen and I'm very proud of what we accomplished as a team," she wrote on Instagram. "Despite filming during COVID and not really getting to know all the ladies fully, this past year has been the most extraordinary, amazing and beautiful experience of my life. I am so proud of the work we have done and the friendships we were able to build."

And Windham-Burke told People she was "incredibly sad" to be leaving the show after joining in 2019.

"I loved every moment of being a 'Housewife,' and am so proud of my time on the show -- the good, the bad, and the in-between."

During her tenure as a Housewife, the mother of seven revealed she was an alcoholic and came out as a member of the LGBTQ+ community.

"It feels revolutionary to say, but I was able to get sober and stay sober on reality TV," she said. "And I came out, becoming the first gay Housewife in the franchise's history. What an incredible honor to look back upon, especially during Pride Month."