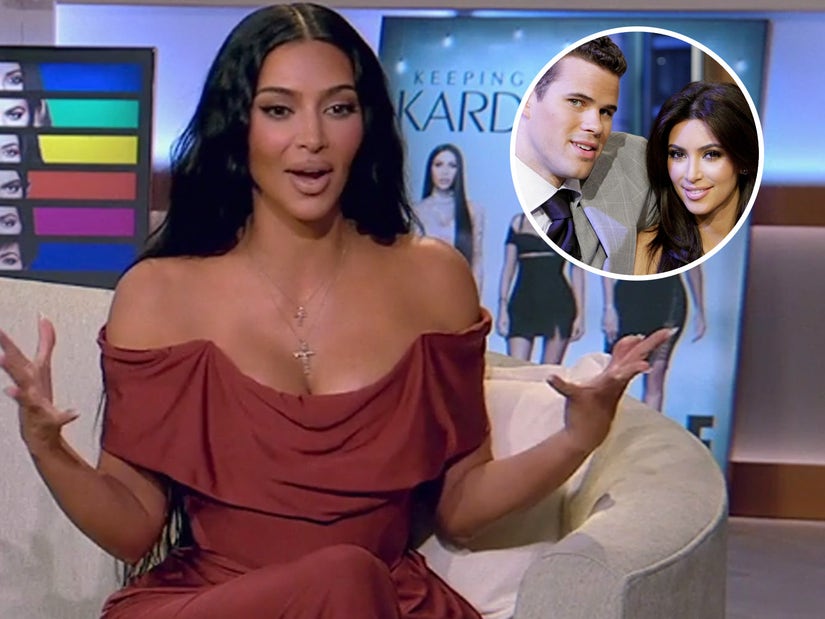 Kim addresses rumors the marriage was "fake" on KUWTK reunion, says she owes Humphries an apology and reveals an awkward, recent run-in with him.

Click the links above for a full breakdown on those topics -- we're just covering the Kris stuff here.

Andy kicked off the Humphries line of questioning by first joking, "Before Kanye, there was Kim's famous $10 million wedding to Kris Humphries wedding that lasted almost as long as my last hangover. Let's bring him out ... Kris!"

"I would have died," said Kim, who didn't believe Humphries would have showed up had he been invited. Cohen then asked who in the family thought the marriage would last, with Kourtney admitting she "kinda did" at the time. "Why on earth did you guys let me do that?" Kim then asked everyone, before revealing how Kris gave her an out the night before they said "I do."

"What you said to me was, 'Go, I'm gonna put you in a car, no one will find you, just leave and I'll handle it,'" claimed Kim. "I thought, 'Okay, we're filming this for a TV show. If I leave I'm gonna be known as the runaway bride forever,'" she added, chalking up her unease with having cold feet. 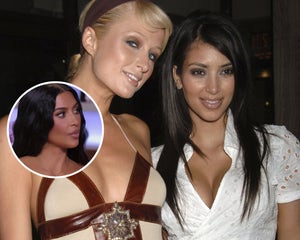 Addressing claims she only said "I do" for TV, Kim said that they did get paid to film the wedding, but she took her entire fee and put it toward the ceremony itself. "If that was fake, I would have saved my money," she added, before admitting that, yes, she did feel "pressured that I was going to let everybody down" if she didn't go through with it.

"What happened was, we get to Italy for our honeymoon and I was like, 'F---, I think I made the wrong decision," she continued. "And then I went to New York and I was miserable. For anyone out there listening, if you have cold feet, it's not it."

Andy then asked if there was a specific moment that made her say, "I have to end it."

"He had a size 17 shoe lined up around my whole room and I freaked the f--- out. I literally got claustrophobic. Shoes everywhere," Kim recalled. "We were living in a hotel. I was so nervous to break up with someone, I fully broke up with him in the worst way and I didn't know how to deal."

She admitted she believes she owes Kris an apology for how she handled the breakup and claimed she "tried calling him for months" with no response. Kardashian also said she ran into him while she was pregnant with Saint, but he completely ignored her.

"I saw him and all of his friends got up and said hi to me and he just literally looked at me and wouldn't speak to me," she said. "He's very faith-based. I'm sure he would have loved to not have a marriage on his record. He wanted an annulment."

Kim fought the annulment idea because she didn't want to mark the reasoning behind it as "fraud," believing that would only further the narrative that the marriage was all faked for publicity. Looking back, she admitted she should have followed his lead.

"If I was mature, I would have wanted the annulment too," she said. "I wish I was only married once."