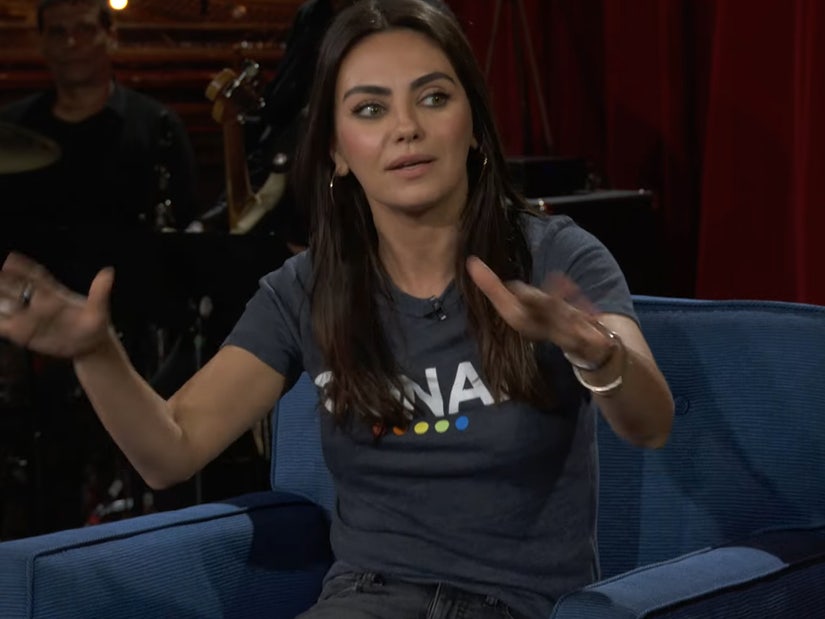 Mila Kunis and her husband Ashton Kutcher set off fireworks last 4th of July -- and it appears that one of their neighbors wasn't too happy.

While appearing on Tuesday's episode of "Conan," Kunis recalled the hilarious story of when host Conan O'Brien caught her and Kutcher lighting fireworks on the beach last summer. As O'Brien pointed out, he and Kunis' beachside homes are near each other.

"It's peak of pandemic, July 4th weekend. My husband decides to procure fireworks -- legally," Kunis said, adding a hand gesture suggesting that the fireworks may not have been purchased legally. "And we're like, 'Listen, it's for the kids. No one's here. We'll set them off on the beach. It's going to be safe.' He's from Iowa. He knows how to do this."

"We are setting off said fireworks and no one's on the beach -- [there's] nobody there," she continued. "And all of a sudden, fireworks are like 'pew, pew, pew, pew.'"

"And then we see this," Kunis added, before doing an impression of how O'Brien reacted. The "That's '70s Show" star imitated the comedian, walking with a slouch, a big frown and her arms crossed. "But with a hoodie."

"I'm not Mr. Burns on 'The Simpsons!'" O'Brien quipped in reply, to which Kunis then proceeded to repeat her impersonation. "Conan, you literally walked in like this."

"First of all, that's my usual expression," O'Brien joked.

"Conan" sidekick Andy Richter chimed in, pointing out that O'Brien "does that when he sees people enjoying themselves."

Kunis continued recalling the story, noting that it was dark outside so it was "hard to fully understand what was happening."

After noticing someone was approaching them on the beach, the "Bad Moms" star said she was worried they were "going to get in trouble."

Kunis added that her friend then realized the stranger was O'Brien.

The "Friends with Benefits" actress said she went over to greet O'Brien and was going to hug him. However, she then wondered if a physical embrace was a good idea.

Kunis recalled the pandemic-era greeting, intimidating how she first went in for the hug, then elbow bump before then just completely walking backward and away from O'Brien.

"All of a sudden I was like, 'I don't know how to act!'" she said, to which O'Brien joked, "But you know, women were doing that to me long before the pandemic."

The comedian then pointed out that Kutcher's fireworks weren't your average sparklers.

"He must know people in the military!" O'Brien quipped, adding, "The reason I came over is I saw major explosions down the beach and I'm on patrol you know!"

Kunis noted that Kutcher "set up a whole course" of fireworks, again reiterating that they were "legally purchased."

O'Brien added, "These were the safest fireworks I've ever seen that's for sure."