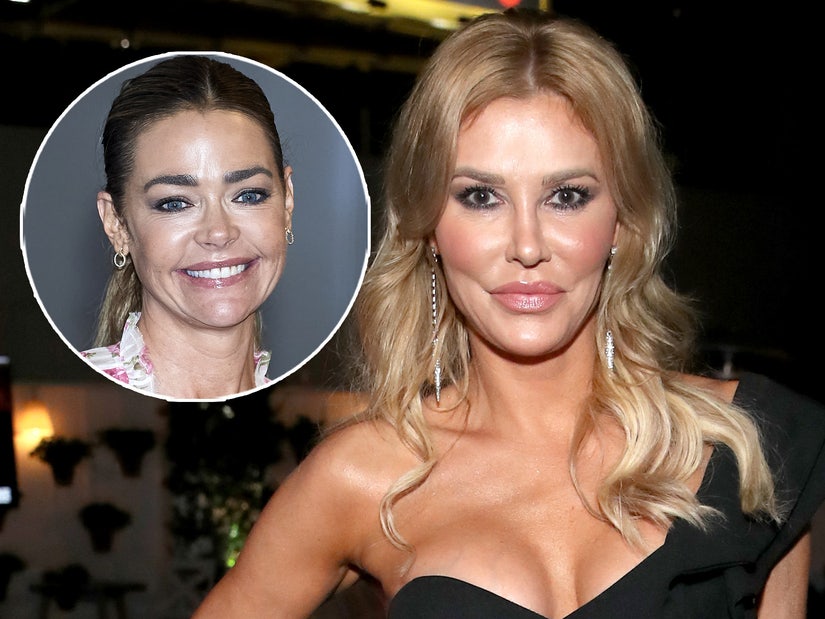 The reality star also recalled the time she drunkenly approached Angelina Jolie to talk about sharing the same "boob doctor."

Brandi Glanville claimed Denise Richards offered her a "public olive branch" after the massive falling out between the former "Real Housewives of Beverly Hills" castmates.

During her recent appearance on "Hollywood Raw podcast with Dax Holt and Adam Glyn," the reality star said she was surprised Richards reportedly liked one of her Instagram photos as the pair have not seen each other since Brandi announced they hooked up, which Denise adamantly denied. 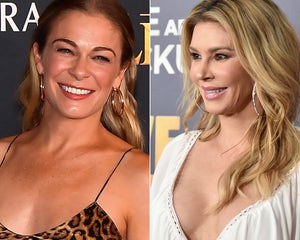 "I have not seen her since the show, but she literally liked the photo of Eddie [Cibrian}, LeAnn [Rimes] at Mason's birthday just the other day," Brandi explained. "She liked the photo after she called me a liar and all these crazy things. I was like..."

While her mind was "blown," Brandi said she didn't notice Denise liking the photo until her social media assistant pointed it out.

"And I was like, 'Oh my god. Is this the most public olive branch ever and weird or what is this?' I still am in shock. I don't know."

She went on to say how the move made her want to reach out to Denise, so she sent her a DM, which read, "Hey, it sucks the way all this went down. Thanks for liking the photo."

Although Brandi said she wasn't proficient enough at Instagram to see if Denise saw her message, she insisted she will "figure it out."

It is worth noting it appears Denise's like is not on Brandi's account at the time of this posting. TooFab has reached out to Denise for comment.

The former model was also asked if she regretted bringing up the alleged hook up in the first place.

"You know what, I don't because she put me in a box," Brandi said. "She made me feel like I had to keep that secret, and I'm a secret keeper. It just made me uncomfortable because I am outgoing, and I do want to speak my truth. And I do feel like she screwed me over a little." 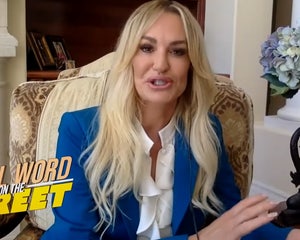 "So once I told Kim [Richards] on the show, I knew I had to say it because you can't tell one of those bitches and then not say it," she continued. "Because I was like, 'I am not saying it.' I go, 'You cannot make me.' But I drunkenly told Kim, and then, 'You have to share. It's your job.'"

In the same podcast interview, Brandi recalled the time she drunkenly approached Angelina Jolie and Brad Pitt at a hotel lobby to talk about sharing the same "boob doctor" with the "Maleficent" star.

"I went and sat down at a table -- I was with Kyle Richards, so she can say yes I did -- ," with Brad and Angie at the Bel-Air Hotel," Brandi began. "I just pulled up a chair. I might've been a little drunk, but we had a great conversation. I told her we had the same boob doctor that did her mastectomy."