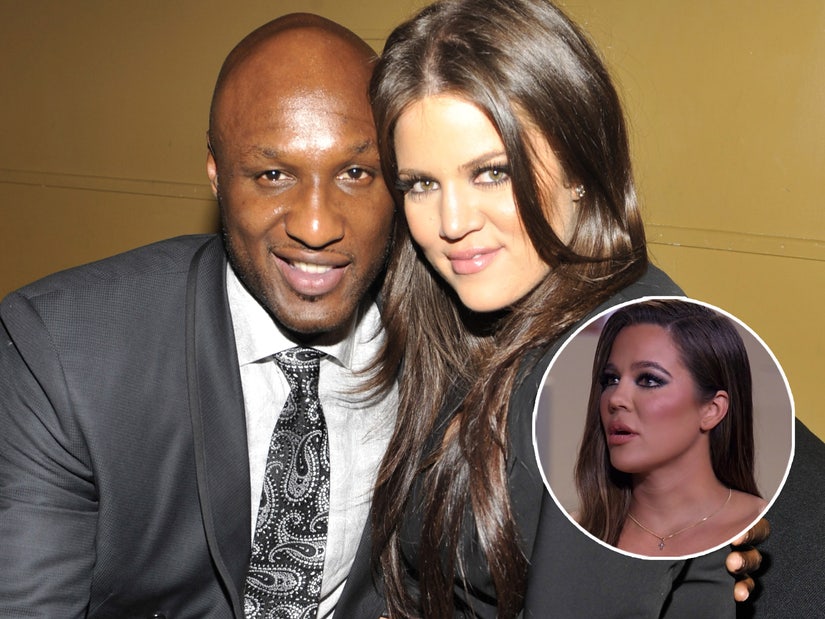 Andy Cohen asked Khloe how she feels about Lamar admitting he mistreated her in the past.

Not even 24 hours after this episode aired in which Khloe confirmed she and Tristan were officially back together, TMZ is reporting that the two have split.

The breakup reportedly went down a few weeks ago, shortly after a woman named Sydney Chase claimed she and Tristan hooked up after he got back with Khloe. He denied all her claims and threatened to sue.

Thompson was also reportedly spotted over the weekend at a house party entering a room with three other women.

Khloe Kardashian opened up about where she stands with her ex Lamar Odom.

During Part 2 of the "Keeping Up with the Kardashians" reunion on Sunday, the reality star was asked by host Andy Cohen if she is still in communication with the former NBA player, whom she divorced in 2016.

"No, we're not in touch but I honestly wish him nothing but the best, good health and I think we're all really rooting for him and want the best for him," Khloe explained.

The pair had a whirlwind romance, tying the knot in 2009 after dating for only one month prior. Khloe filed for divorce in 2014, but due to Lamar being placed on life support from a drug overdose, the case was dismissed and the divorce wasn't finalized until two years later.

Looking back, Khloe admitted to Andy that she still would have married Lamar despite with their extremely brief courting period.

"I loved that chapter in my life, I did, regardless of how dark and crazy that might sound," she explained. "It was still a very significant part of my story and my life and I wouldn't change it. It sounds crazy but that was meant to happen and it happened."

After the dust settled on their split and Lamar attempted to get help with his substance abuse, he made public apologies to Khloe, admitting he mistreated her -- something she said she appreciates.

"It's something that -- our marriage ended in a way that there was not a lot of closure on my end and I assume on his," she added. "When you get out of a marriage where you're not really able to have a discussion with someone, I feel like it's hard for you to move on, you feel always incomplete or you're always questioning things. Finally to get that closure or just that acknowledgement for me, like okay, I did do everything I thought I did."

Khloe said she was grateful for the "validation" after second guessing if she had held up her part of the relationship bargain.

"I was questioning -- maybe I didn't do enough or maybe I wasn't the wife I thought I was."