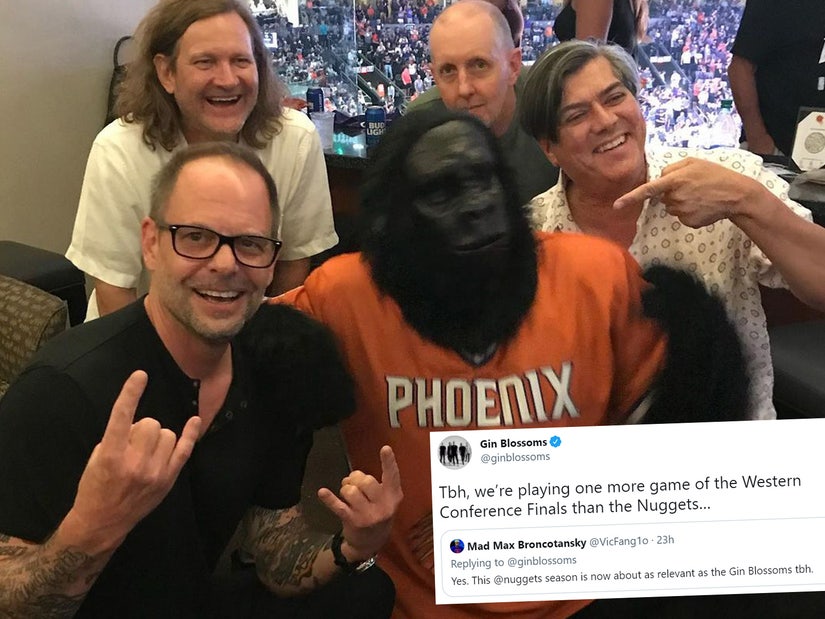 The Gin Blossoms engaged in a Twitter war on Tuesday night that fans of the '90s band didn't know they needed.

The "Hey Jealousy" hitmakers fired back after a salty Denver Nuggets fan attempted to ridicule them before they performed the national anthem and halftime show for Game 2 of Phoenix Suns/LA Clippers Western Conference Finals. 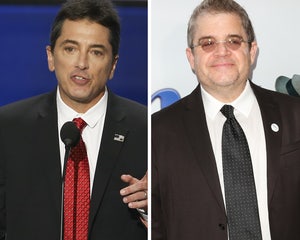 At a clear dig at the Nuggets getting swept in four games by the Suns in the second round of playoffs, the Gin Blossom Twitter account replied, "Who did your Nuggets book for tonight?"

"Yes. This @nuggets season is now about as relevant as the Gin Blossoms tbh," the fan wrote back, to which Gin Blossoms retorted, "Tbh, we're playing one more game of the Western Conference Finals than the Nuggets…"

Who did your Nuggets book for tonight? https://t.co/ws2bRzGnbw

Tbh, we’re playing one more game of the Western Conference Finals than the Nuggets… https://t.co/NLqxURxQ5c

Just think if it were 1994 Suns would still be better than Nuggets. pic.twitter.com/dAmnWYt7MS

But the Nuggets fan kept it up, replying, "Man, just think if it were 1994 you could've clapped back about your album sales or something."

"Just think if it were 1994 Suns would still be better than Nuggets," the Gin Blossoms fired back, alongside a screenshot of the 1994-95 Western Conference standings, where the Suns ranked second and Nuggets in eighth place.

Trying to get the last word in, the fan then posted, "Nah. Let's talk about your album sales instead. Your band must be in rough shape if you have time to drop C- trolling on a Nuggets s---posting acct."