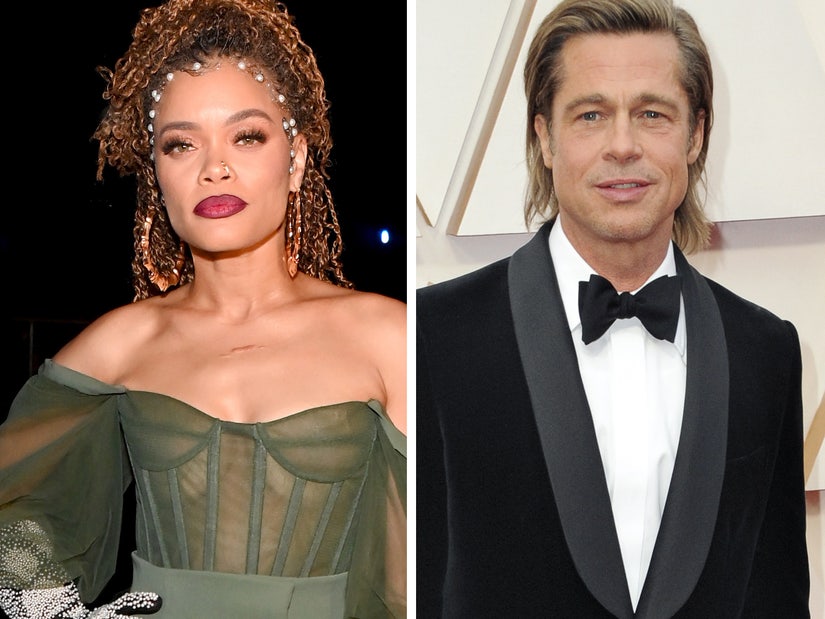 The two were linked at the Oscars earlier this year.

Andra Day is reacting to a "hilarious" report linking her to Brad Pitt.

While she may not have won the Oscar for her work in "The United States vs. Billie Holiday," there were reports she left the ceremony with another prize -- Pitt's phone number -- after "flirting backstage."

According to Day, however, that's simply not true.

"Oh my gosh, child, especially because we've never met," she said of Pitt when ET asked about the dating rumors at the BET Awards on Sunday night. "So I was like, 'Oh, alright.'

Day said her sister actually reached out to her after the rumors started making the rounds. "She was like, 'You met Brad Pitt?'" revealed the singer, "I said, 'I guess so. I guess we did.'"

"We're not dating. We don't even know each other. It is hilarious," she continued. "It was thin air. Somebody was bored that day." She did, however, say the actor was "great," "super talented" and "wonderful."

Though Day lost the Academy Award for Best Actress to Frances McDormand for her work in "Nomadland," she took home the gold in the same category at Sunday's BET Awards.

"Thank you to Lee Daniels, to my family, my costars, to Tasha Smith, another wonderful, amazing Black woman who believed in me and put her all into me," she continued.

Day also won the Globe Award for Best Actress in a Motion Picture – Drama for her portrayal of the legendary singer as well.