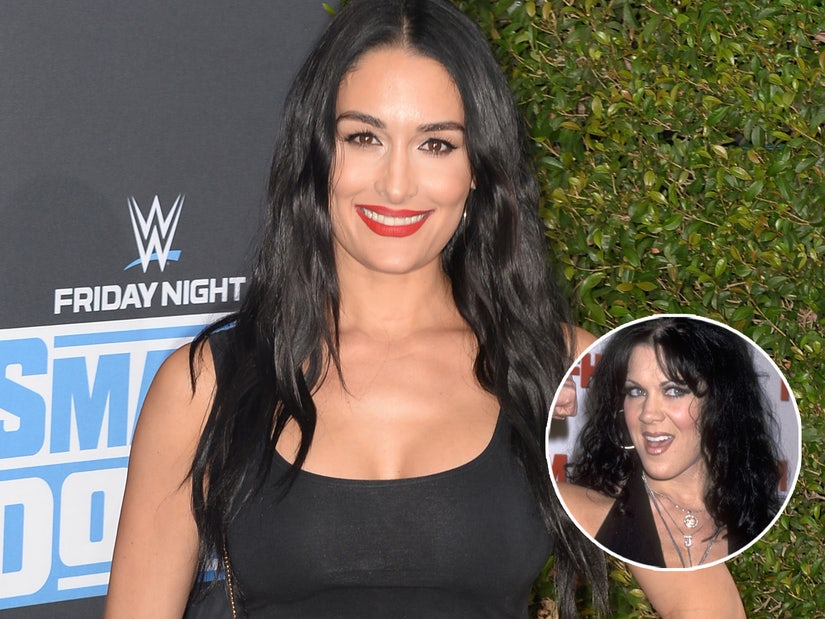 Nikka Bella is apologizing for past comments she made about Joanie "Chyna" Laurer, after footage from The Bella Twins' 2013 appearance on "Fashion Police" was criticized by the late wrestler's official Twitter account over the weekend.

In the clip, Nikki holds up a photo of Chyna and says, "We don't know if it's a man or a woman," before host Joan Rivers continues to pile on the wrestling legend by saying her "vagina has a penis."

A since-deleted tweet from Chyna's official Twitter page -- run by those who "want to honor her legacy" -- read, "That video from the @BellaTwins is disrespectful. Chyna would of been hurt by this. But we will just show love. I just hope they are sorry. We will run this page and campaign with light not hate."

After followers tried to defend the comments by saying it was "a comedy show" and claiming Nikki's comments might have been "scripted for Joan to deliver the punch line,"  Chyna's account responded saying the remark was "disrespectful period."

On Monday morning, Nikki responded to the controversy by issuing an apology from the official Bella Twins handle.

"I want to sincerely apologize for a comment I made over 8 years ago on Fashion Police. I am sorry and embarrassed by my 29 year old self, who offended Chyna and, in turn, hurt her family and others," wrote Nikki. "I wish I could take it back. Please learn from me, it's not worth hurting someone's feelings for a meaningless laugh."

"Chyna will always be remembered as an icon and pioneer who helped create the opportunities for women in wrestling that exist today," she added, before concluding her message by writing, "Thank you Chyna!"

Chyna died in 2016 following an accidental overdose. She was 46.

In 2019, she was inducted into the WWE Hall of Fame as a member of D-Generation X, though her fans -- and those running her official social media pages -- still hope she'll be recognized for her individual career.