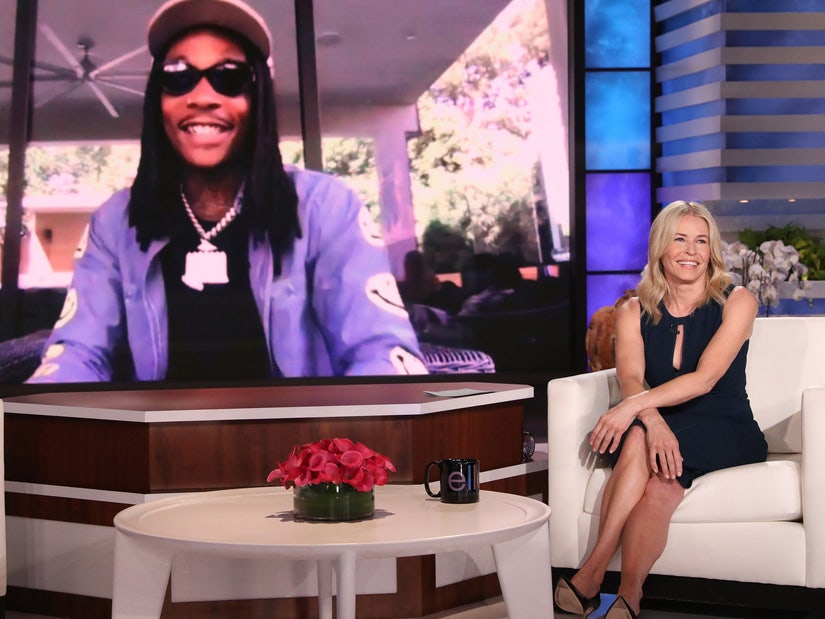 "We're bonded for life," the comedian says of her landscaper.

Chelsea Handler and Wiz Khalifa are taking a look back at a fun-filled night.

On Tuesday's episode of "The Ellen DeGeneres Show," Handler -- who was guest-hosting -- and the rapper recalled the time they got high together at a celebrity dinner party, which also included Shania Twain, Jill Scott and Imagine Dragons frontman, Dan Reynolds.

"So we were smoking a joint. Shania Twain didn't want to partake because you know she's a country singer ... so she didn't want any," explained Handler, 46. "I guess Dan Reynolds, the lead singer from Imagine Dragons, didn't have a lot of experience smoking weed."

The comedian said things took a turn when Reynolds got up to use the restroom.

"My house is all glass -- there's glass everywhere," Handler shared. "So [Reynolds] got up to ask to go to the bathroom or he said, 'I'm going to the bathroom' and then he walked straight into my glass door and ricocheted off, but the expression that I will never forget, which was the funniest, and I still think about it to this day, [was] where [Khalifa] looked over, saw him hit his head and went, 'Haha.'"

"I was really worried about his safety, but I don't think it came across that way," Khalifa quipped.

Meanwhile, in a new interview with Sirius XM's "Radio Andy," Handler recalled another hilarious story and opened up about doing drugs with her landscaper.

When asked by host Andy Cohen about what role weed played for her during the coronavirus pandemic, Handler said, "Oh God, weed, mushrooms, all of it. I had a blast for the first two weeks."

"I mean, another endorsement for being single," she continued. "How many people have woken up, set their alarm to 9:00 AM on a Monday morning to wake up and take mushrooms with your landscaper? Not many people, but when you're single, you have these opportunities and I take them -- seriously."

"The first couple of weeks I went a little crazy, but then I realized, 'Oh, this isn't ending anytime soon," she told Cohen. "I only found out my landscaper liked to take mushrooms because I was taking them one morning and I was talking to what I thought what were my trees in my backyard for 30 minutes until I realized it was my landscaper. And that's when I handed him some mushrooms and we just sat there all day in the pool and talked s---. And it was fun. You know, I got to know him."

While Handler is moving into a new house, she said her landscaper is coming along too.

"We're bonded for life," she joked.

Also during the interview, Handler spoke about her dating life and explained why she's not interested in white men -- at least not right now.

When asked what her "type" is, Handler said, "I think Black. I mean, with white men and the way white straight white men have been acting for the last couple of years, I think there's only one direction to go in -- that's Black, Asian, Latinx, anything that isn't a white privileged male who's denying what's happening."

"I mean, listen, that's not all men, obviously, we all know that there are good men out there, but very much like the police, there are too many bad apples to overlook as a collective," she continued. "There has to be a collective reckoning and saying, 'Hey ladies, we're sorry for everything we've done, we didn't understand that you were at such a disadvantage or that every marginalized group was at a disadvantage because of us since the beginning of time.'"

Handler added, "A lot of my material is aimed at, 'Hey guys, we're trying to make sure you don't go extinct, so can you f------- listen to what we're telling you and just shut up and say you're sorry? Say you're sorry and we'll tell you when your probation period is over in about six months to a year.'"