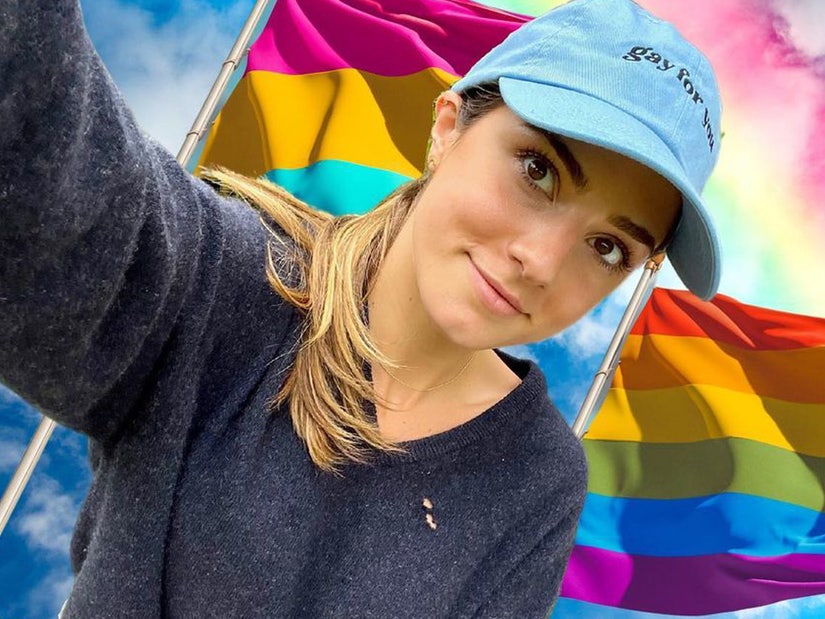 While the demisexual identity "resonates" with her most, she also believes using labels "only limits us."

After publicly coming out as queer in early June for Pride Month, New York governor Andrew Cuomo's daughter Michaela Coumo just opened up about her sexual orientation and identity further -- and explained how her outlook has overtime.

"As long as we're growing, we're evolving," she explained in an Instagram Live with speaker, author and activist Donato Tramuto earlier this month. "When I was in elementary school, I feared that I was lesbian. When I was in middle school, I came out to my family and close friends as bisexual. When I was in high school, I discovered pansexuality and thought, 'That's the flag for me.'"

"And I've recently learned more about demisexuality and have believed that that identity resonates with me most," she added. A demisexual person is someone who only experiences sexual attraction with another person after they've formed a strong emotional connection to them. Demisexuals can be any orientation, including gay, straight, bisexual or pansexual.

"I think that we're always evolving and growing and trying to label ourselves only limits us," Cuomo, 23, continued. "The spectrums are as fluid as we are and attachment to labels only restricts us. I think anyone who says otherwise, it coming from a place of fear and not love."

She added that, "every day is a new opportunity to embrace our fullest, best selves."

During the IG Live, Cuomo said she first decided to come out on Instagram last month because she realized "sharing what has made [her] feel alienated" publicly would only help those in similar situations. She explained she also expected to hear accusations she was "seeking attention" with her initial announcement.

"I posted that in large part in honor of the people who have come before me ... I received some of the homophobic remarks that I expected, but I was shocked by the overwhelming number of people who messaged me to say my post helped them accept themselves and even come out to loved ones," she explained to Tramuto. "I figured since it's difficult but brave, hip or cool to be not hetero in my liberal bubble, that some of the feedback I'd get would be that I'm attention seeking."

She added that all the positive messages she got "made it all worth it."

As conversation shifted to NFL star Carl Nassib coming out as gay and his hope that, someday, coming out is simply "not necessary" anymore, Cuomo agreed with the sentiment.

"I've definitely always dreamed of a world in which nobody will have to come out, because everybody's sexuality will be assumed fluid and none of our business," Michaela said. "But in a world that force-feeds cisgender heterosexuality, coming out of the closet is a lifelong process of unpacking internalized social constructions and stigmas."