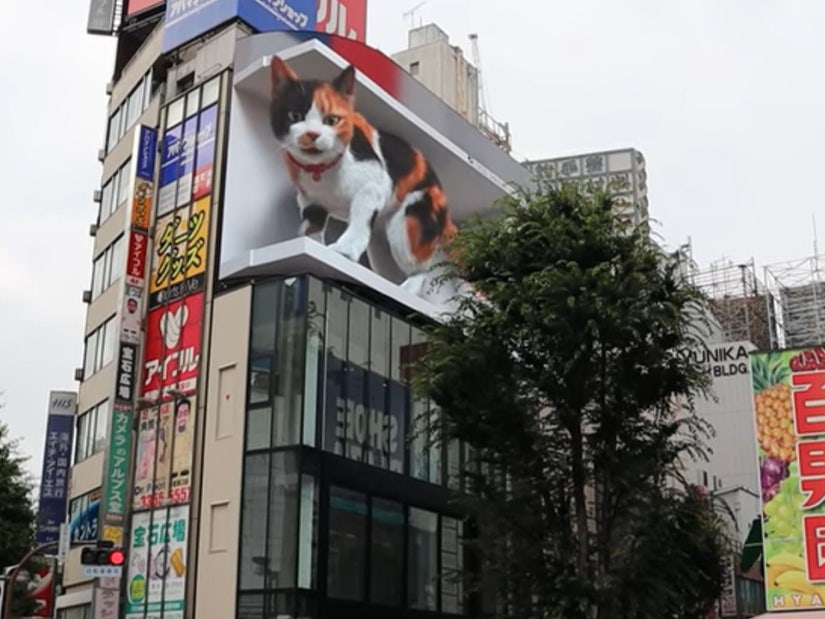 Tokyo is under attack by a brand new Kaiju... or Katju, rather.

The 1,600ft cat has taken up residence high above Shinjuku metro station, much to the fascination of onlookers below, and indeed around the world.

The breathtaking 3D illusion comes courtesy of a 1,664-square-foot, three storey-high, curved 4K LED screen that sits on the roof of a new event space, collectively known as the "Cross Shinjuku Vision".

The cat wakes at 7 AM every morning, and appears throughout the day lounging, playing and meowing in his not-so-little box, before settling down to sleep at the end of the night.

It's designers boast that up to 230,000 pedestrians can have their eyes caught per day; but thanks to his now viral fame on the internet — the original home of cat videos — the kitty is quickly becoming a worldwide sensation.

Per CNN, the project doesn't even officially launch until July 12, but the test broadcasts have been more than enough to capture hearts on social media and rack up millions of views.

"Looks sleepy at night," one filmer gushed of her footage of the adorable monstrosity yawning and nodding off as darkness settled.

A livestream of the billboard has already been set up on YouTube; however the superb 3D effect is best viewed as a tiny helpless pedestrian on the streets below: 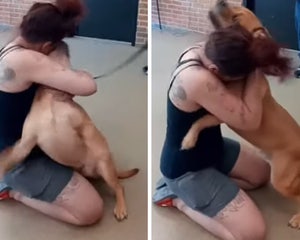