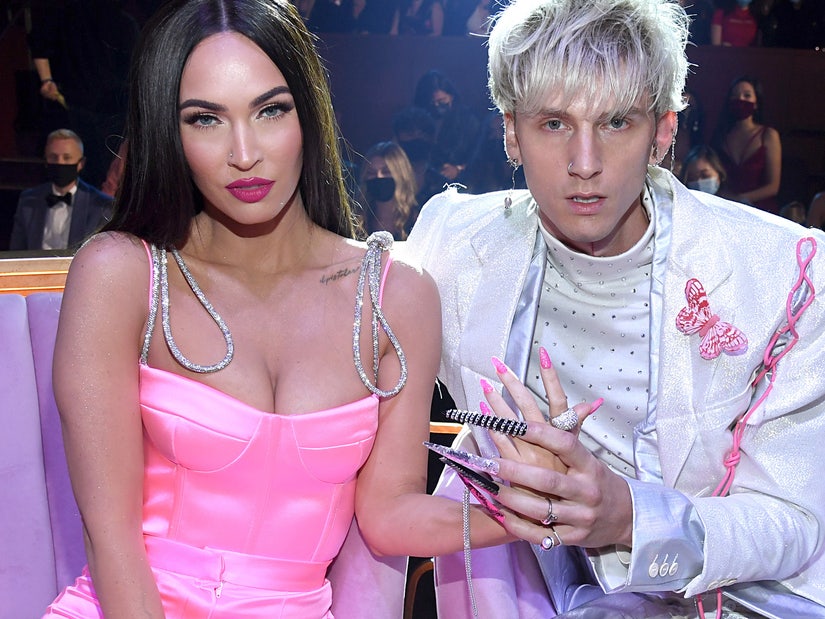 Megan Fox is not here for the trolls who criticize the age gap between her and beau Machine Gun Kelly.

During an interview with InStyle on Wednesday, the actress was discussing the "mom-shaming" she endures for being seen out with the rapper while she has children at home, when the conversation turned to the hate she receives for being slightly older than her boyfriend.

"You want to talk about patriarchy?" she began. "The fact that he's four years younger than me, and people want to act like I'm dating a younger man. He's 31, and I'm 35. Granted, he's lived like he's 19 his whole life, but he isn't 19. No one would blink twice if George Clooney was dating someone four years younger."

"Four years? Go f--- yourself. We would have been in high school together. That's so ridiculous that women are treated that way."

The star also insisted Kelly was not the reason she divorced Brian Austin Green, saying the rock star had "nothing to do with it." She said she met Kelly after she filed for divorce from Green.

Meanwhile, Fox isn't the only one in the family dealing with shaming, as she said her eldest son Noah, eight, has been subject to "mean, awful people and cruel people" online, who slam him for his fashion choices.

"I don't want him to ever have to read that sh-- because he hears it from little kids at his own school who are like, 'Boys don't wear dresses.'"

Earlier in the day, the "Till Death" star made headlines for deleting a comment on Green's Instagram.

Brian had shared a snap of himself kissing his girlfriend, "Dancing with the Stars" pro Sharna Burgess, at Disney World with the caption, "It's been a really long time since I've been with someone I can truly share life with. ❤️"

Sharna responded, "There's no one else I could ever imagine sharing it with. I love you ♥️."

Then Megan jumped in and shared, "Grateful for Sharna," with a purple heart emoji, according to Comments by Celebs. Eagle-eyed fans, however, were quick to point out that the comment has since been deleted.