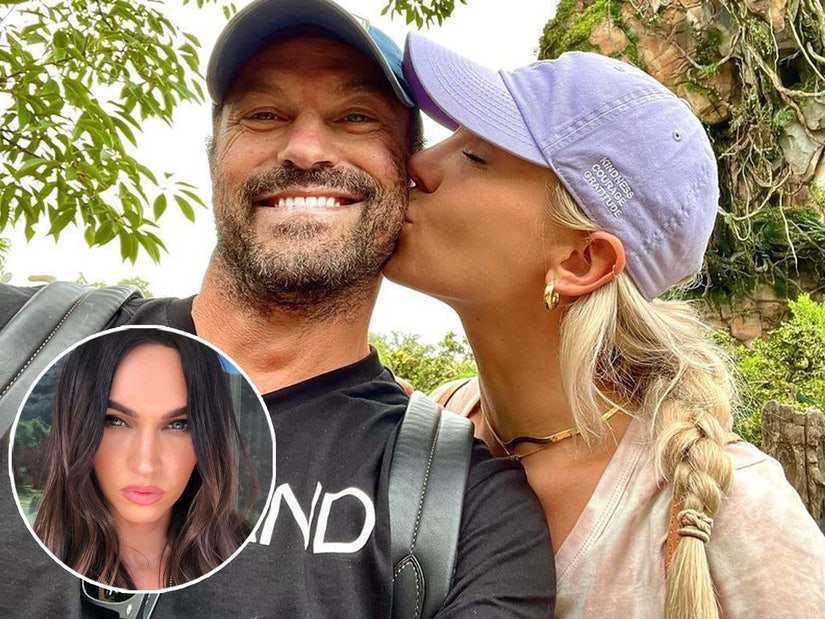 "It's been a really long time since I've been with someone I can truly share life with," he'd captioned a pic with Sharna Burgess.

It seems that every comment made by either Brian Austin Green or Megan Fox toward one another is being taken two ways, and Green has had just about enough of it.

He reached his breaking point over an innocuous post he shared that had a picture of him with his new girlfriend, Sharna Burgess. Megan Fox dropped a comment on that post, and both her words and his initial caption have some fans thinking the famous exes are slinging shade at one another.

"For people that need or want clarification, Megan and I get along great," Green wrote to his Instagram Stories on Wednesday. "Neither of us are sending petty digs to each other. We both work really hard to get along and coparent [sic] well for our kids."

He concluded his message with a heart emoji and smiley face, telling his fans to "stay safe and spread kindness and love." 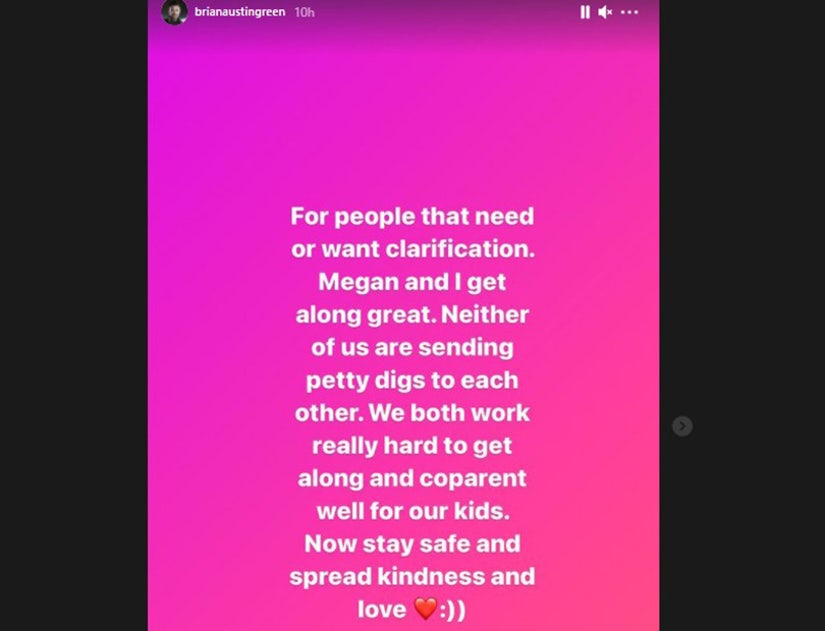 Megan Fox kicked up a bit of controversy after fans thought she left a cryptic comment on ex Brian Austin Green's Instagram.

Late Tuesday evening, Brian shared a snap of himself kissing his girlfriend, "Dancing with the Stars" pro Sharna Burgess, at Disney World with the caption, "It's been a really long time since I've been with someone I can truly share life with. ❤️"

Sharna responded, "There's no one else I could ever imagine sharing it with. I love you ♥️."

Then Megan jumped in and shared, "Grateful for Sharna," with a purple heart emoji, which caused one follower to respond, "Yikes," as another shared, "Actually you sound bitter." Some fans even speculated Megan had deleted the comment, but TooFab has confirmed it is still on Brian's post.

Brian began dating Sharna shortly after his split last year with Megan, whom he shares sons Journey, 4, Bodhi, 7, and Noah, 8. The "Beverly Hills 90210" actor opened up about how he fell for Sharna just last month.

"On our first date, we just completely lost track of time and the same thing happened the next time," he explained to People. "It became something noticeably different from anything I'd ever experienced before."

Meanwhile, Megan has been linked with Machine Gun Kelly after they were first spotted together in May 2020, days before Brian confirmed he and Megan had separated.

For her part, Megan said the sparks flew instantly as well. 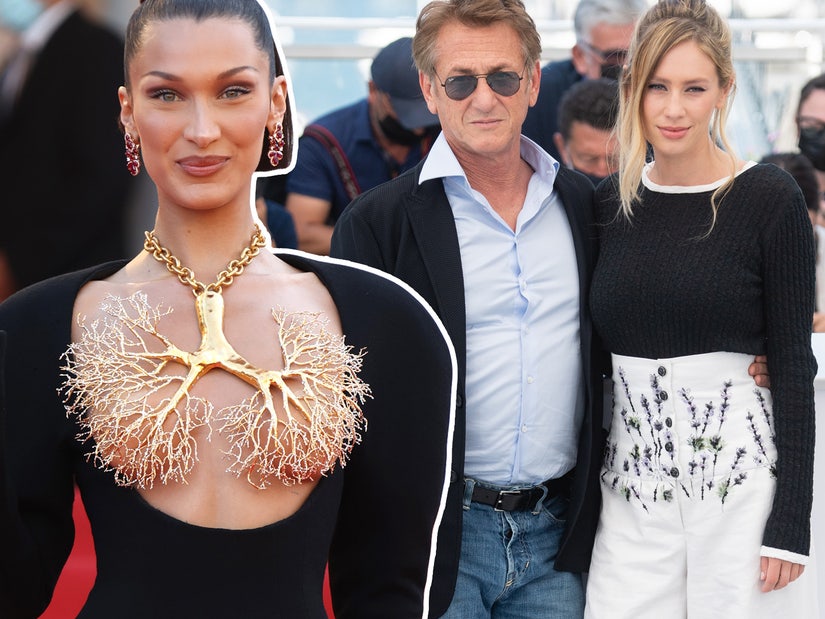