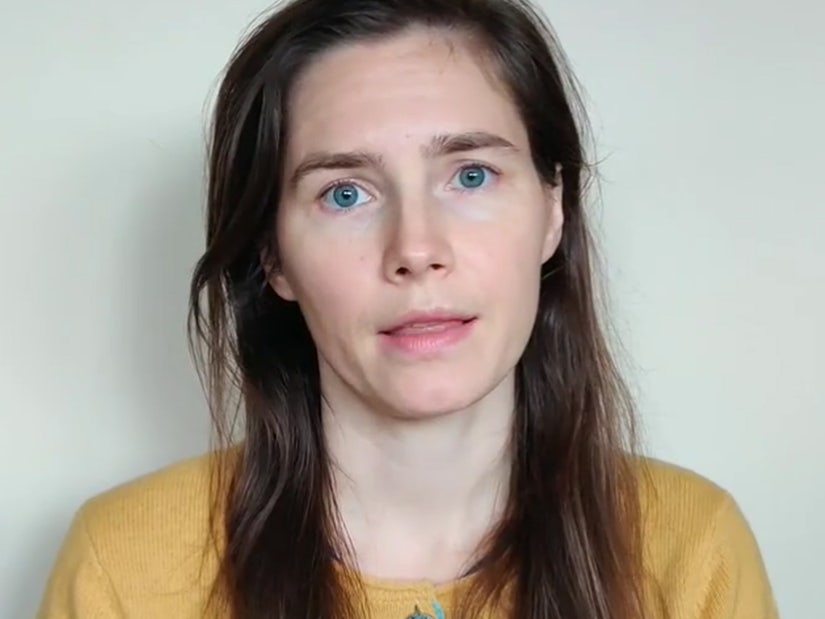 "I don't know who that baby was," she said through tears. "I don't know if I'll ever know. It's a weird thought."

Amanda Knox revealed she suffered a miscarriage during her first pregnancy with husband Christopher Robinson.

On the latest episode of her podcast "Labyrinth," the criminal justice activist, who was exonerated for the murder of her roommate Meredith Kercher after serving four years in prison in Italy, said the couple "sat with the miscarriage for a while trying and failing to be OK." 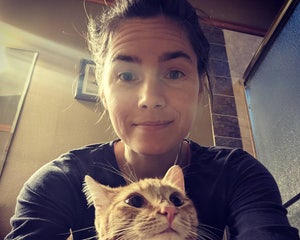 Knox detailed how the couple discovered the baby did not have a heartbeat during a routine doctor visit, which came after they had prepared the nursery and told their parents on Mother's Day to expect a grandchild soon. Although she "knew something was wrong," the doctors asked her to come in a week later to see if there would be a different outcome. When the couple returned, however, the news turned out to be the same.

"That was confusing to me, because I thought, 'Why would there be a dead baby just hanging out in there? If it wasn't viable, why wasn't it going away?' My body didn't even know, and that felt weird to me. I didn't know that you could have a missed miscarriage."

"I knew exactly what I want to do with my first pregnancy, and to have it not come to fruition, not through choice, felt like a betrayal," she explained, before noting how she began questioning herself. "Do I have bad eggs and I just never knew? Am I actually too old? Did something happen to me while I was over in Italy?' If it's not easy and you don't know why, then anything could be the problem. It's frustrating how little information you have at any point in the process."

The couple had even picked out a name for their unborn child, which caused them more heartache when they discovered the baby wasn't alive. Knox added, "I very much immediately tried to divorce those two ideas in my head. That was not my baby. It doesn't have a name."

"I don't know who that baby was," she concluded through tears. "I don't know if I'll ever know. It's a weird thought."

In 2007, while Knox was studying abroad in Perugia, Italy, Kercher, a 21-year-old British exchange student and Knox's roommate at the time, was found stabbed and sexually assaulted in her bedroom. Knox and her Italian former boyfriend, Raffaele Sollecito, were both arrested and charged with the murder. After years of trying to get the conviction overturned, they were finally vindicated in 2015.

Meanwhile, Rudy Guede, the only person who remains convicted of the murder and assault of Kercher, was granted permission by the Italian court to complete his sentence with community service in December 2020. 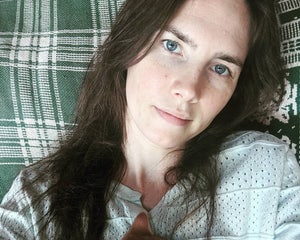