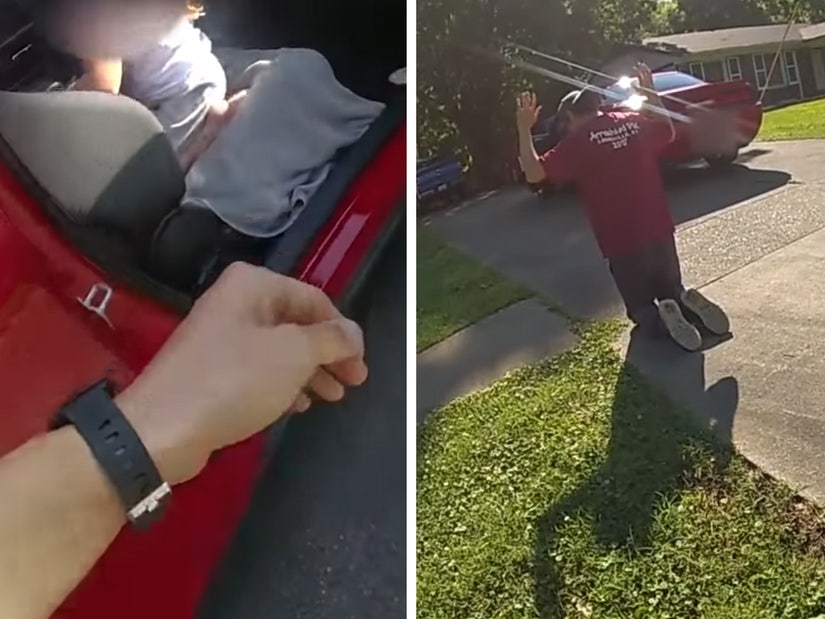 Luckily a neighbor saw her get snatched, and followed the car.

Police in Kentucky have released heartbreaking video of a six-year-old child being rescued from a kidnapping.

The bodycam footage shows the moment an officer pulls the little girl from a car she'd been abducted in just ten minutes earlier.

The incident occurred on July 2 at 5:40 PM, when the child was suddenly snatched into a car while playing outside her home near Haney Road. 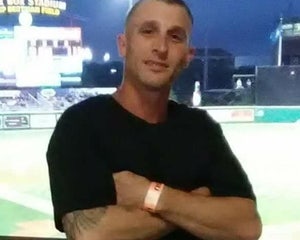 Luckily, a neighbor saw what happened and immediately jumped into his own car to follow; he was able to give a partial plate to a 911 dispatcher while tailing the suspect.

Keeling's camera shows him holding the suspect, 40-year-old Robby Wildt, at gunpoint, forcing him to slowly back up and get on his knees:

Officer Burba arrives just seconds later to provide back-up; as he runs towards the suspect's red Dodge Challenger with gun drawn, his radio warns him: "One more in the car. One more subject in the car."

Quickly putting his gun away, Burba approaches the vehicle and opens the passenger door to the heartbreaking sight of a sobbing six-year-old girl:

"Hello! It's okay! C'mere!" he assures her, his demeanor instantly softening as he scoops her into his arms and carries her to safety. The child immediately goes to him, bawling "I want my daddy."

The witness who saw it all happen, Prentiss Weatherford, told Wave3: "It happened quick. He came around the corner, parked his car, got out within 15 seconds."

"One of our cars actually got broken into so that led up to us being outside, trying to figure out where to place cameras on our house," he said. "I was looking down the road, (and) a car came around the corner from the stop sign, parked in the middle of the street. He got out ... (There was) a little girl in front of her car on her bicycle.

"He just grabbed her by the collar, threw her bike, threw her in the passenger's seat, made his way on down the road."

That's when Prentiss and his father jumped into their car to give chase, managing to take down three numbers from the license plate before it sped away. But it was enough.

According to the arrest citation, Wildt admitted taking the girl.

He told police "he saw the victim playing outside near the street, circled the block and then took her from the side of the road."

He said she started crying, so he tried to console her, "before deciding he knew what he was doing was wrong."

He said he then tried to return her to where he took her from, because he was "afraid he may hurt her" and "he felt bad for doing what he had done."

He said he was on his way back to drop her off when police pulled him over.

Wildt is being held on a $1 million bond, charged with one count of kidnapping a minor, which in Kentucky is punishable by up to 20 years in prison.

Speaking after the ordeal Burba, himself a father of four, said: "You just can't get there fast enough. Seconds feel like hours. Your only thought is getting there as fast as you can."

Louisville police spokeswoman Beth Ruoff added in a statement that although most kidnapping cases are usually custodial issues, stranger danger is still a threat.

"Although we do not want the community to be alarmed, this is certainly an educational opportunity for parents to remind their children that 'stranger danger' is real," she said. "It is important to talk to your kids about any adult who tries to use a ruse to lure them to their vehicles or away from public view." 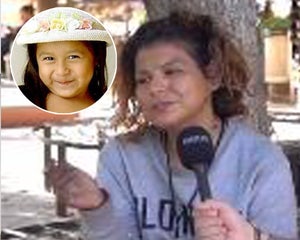