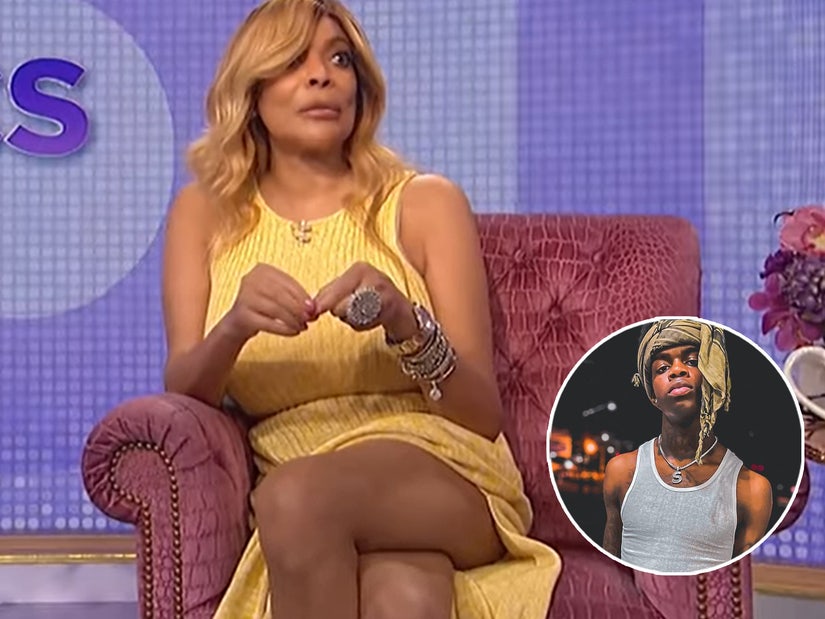 The talk show host was accused of "coaxing laughter" from her audience before revealing the 19-year-old was shot to death.

Wendy Williams found herself in hot water for a segment on her show that many fans deemed inappropriate.

During Wednesday's episode, Williams used her "Hot Topics" to discuss TikTok star Swavy, who was fatally shot on Monday at the age of 19.

"I have no idea who this person is, neither does one person in this building," Wendy began, before asking the audience to clap if they had heard of Swavy. After a few responded positively, Wendy said, "Well, he's a TikTok star. He's got more followers than me."

Although it was noted Wendy had more followers on Instagram than Swavy, the talk show host wasn't impressed because her son told her no one uses Instagram anymore. After almost a minute of the stat chatter, a photo of Swavy was posted behind Wendy, who appeared unimpressed with it, before she announced, "Here he is. He's 19 and he was murdered Monday morning."

An audible gasp arose from the audience.

After a clip of the segment went viral, the backlash was swift, as one fan wrote, "She is so hateful. Like, she basically treated the announcement of his death like it was funny gossip. Why disparage him? Why even talk about him at all if you and your audience are that removed from even knowing who he is?"

She is so hateful. Like, she basically treated the announcement of his death like it was funny gossip. Why disparage him? Why even talk about him at all if you and your audience are that removed from even knowing who he is?

Don’t forget the part where she says “all those followers” like that matters? pic.twitter.com/3yf4dsaMpg

Another posted, "She really coaxed laughter from the audience before announcing this young man's murder," while one critic chimed in, saying, "Wait. This was how she chose to lead the segment talking about this young man's death? We all know Wendy to be messy and with the sh---, but this wasn't cool at all. I don't know this man, but may he rest in peace. I'm sorry his friends and family had to see this. Wow."

However, one follower defended Wendy, saying the viral clip was only a "snippet" of the show and Wendy did go on to call the situation "tragic." And another supporter suggested Wendy just happens to have a "weird delivery" as the person shared a clip of Wendy awkwardly announcing her own mother's death.

Now hold on….why did she do this like that?!? pic.twitter.com/iBcN4Dn7Va

Y’all extra on this one, plus this is just a snippet of the full segment. The audience stoped laughing as soon as they realized what was going on and Wendy literally said that the whole situation of his death was sad and tragic.

She & everyone in the audience are so disrespectful. Right after this she said “those poor followers” & everyone started laughing. Imagine his family seeing this? Absolutely disgusting. I can’t wait till I see that this show is getting canceled. should’ve happened a long time ago

@WendyWilliams what did this person do to you? I can't imagine the uninvited pain you must've heaped on this young man's family. My bigger question is Why? Your producer is no better.

Don’t take it personal, I think Wendy just had a very weird delivery. She announced the passing of her own mother in a similar way pic.twitter.com/30BKer4j9k

Did she really need to look him up and down like that before breaking the news that he was murdered? Like she’s the only one who knew where this was going and she still chose to sprinkle a little nasty on it first

Don’t see what she said or did wrong…..people are just looking for something to argue about. #LoveWendy

Black Twitter agreeing to cancel Wendy Williams around the table after watching that video... pic.twitter.com/CAnHKoqO5j