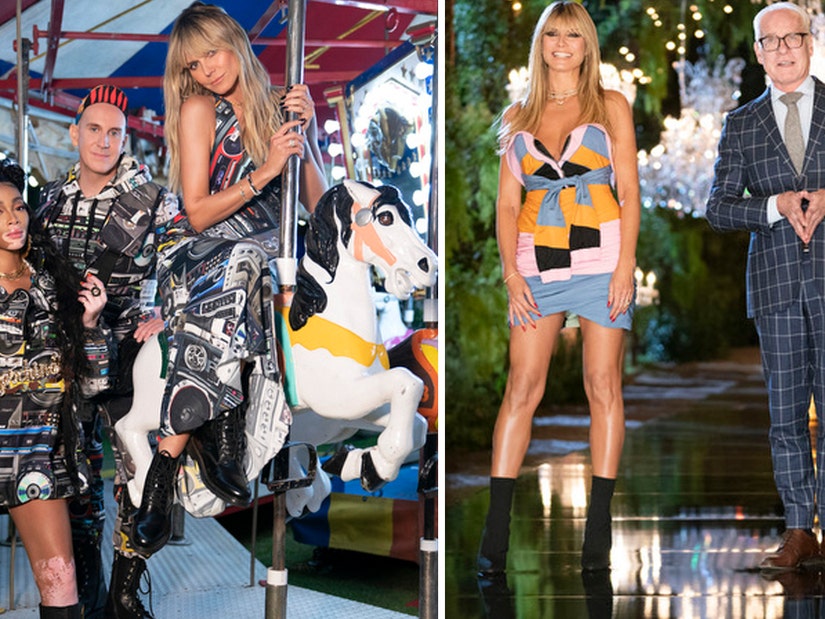 New judge Jeremy Scott also reveals how it felt for him to give his first bad critiques.

Heidi Klum and Tim Gunn are back for Season 2 of Prime Video's fashion competition series "Making the Cut," but a lot has changed around them.

The first season dropped in March 2020, shortly after the start of the first coronavirus pandemic lockdown. While the initial episodes globe-trotted from New York to Paris to Tokyo, Covid simply made that impossible for the new season premiering later this month.

Instead, the show filmed in its own "bubble" at the sprawling Calamigos Ranch in Malibu, California -- where the series set up the work rooms and multiple runways, as well as housed the contestants. The judges who were local to Los Angeles were allowed to go home with the families, but Covid tests were mandatory for everyone upon returning to set.

Another big change this season: the judging panel. While Klum returns to her spot critiquing the contestants' work and Gunn is back as mentor, fellow Season 1 judges Naomi Campbell, Nicole Richie, Joseph Altuzarra, Carine Roitfeld and Chiara Ferragni are out. Filling their spots are model Winnie Harlow and designer Jeremy Scott.

While the series may look a little different this time around, everyone involved was just happy to have something for both the fans and designers featured on the show.

"We, first of all, we're so excited to even do a Season Two," Klum told TooFab's Brian Particelli during a recent press day. She went on to point out just how much content there is out there thanks to streaming platforms, expressing gratitude the audience was there to give them another batch of episodes. "We're super appreciative of that ... we don't want to let anyone down, our fans, ourselves, our designers our audience, the fashion industry," she added.

"I think when you're sometimes in a pinch or you’re being put in a corner because of what is happening in the world, it makes you even grow stronger in a way," Klum said of working around Covid, "and I feel like our designers were so appreciative that the world gets to see who they are and what they're made out of."

"It kind of made our wheels move even harder and more, so that we don't let anyone down," she added, "So, yes, we were in a bubble, but we blew that bubble up as much as we could." Klum also said everyone involved worked "extra hard" to get the shoot done, sometimes working until 2 or 3AM in the morning. "We're all super proud of this season two," she added.

Gunn did admit there was some "initial disappointment" over the fact that they couldn't travel at all this year, but praised how "varied and diverse" production made the runway venues feel throughout the competition. "It looks like we did travel," he said, saying the ranch "was a great savior." 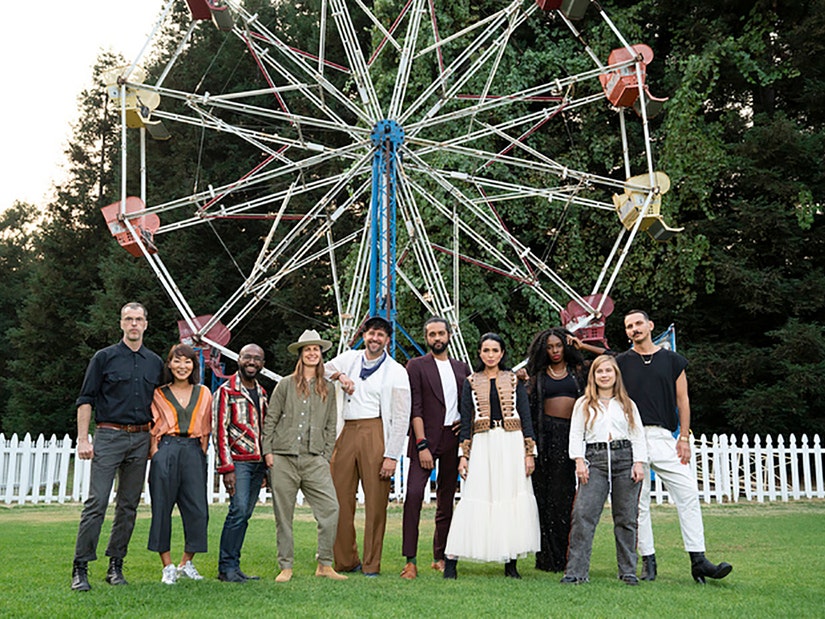 For Scott, this is his first time in the judges' chair on any reality show and giving that feedback was something that took some getting used to -- especially when someone's livelihood is on the line.

"It was very difficult at first to choose my words because I wanted to be kind and thoughtful, but I also wanted to be honest," he told TooFab. "And so, I think, from the first episode throughout that, I started to kind of start to wear down and then from there, it was just raw and honest, and that was really the best gift I could give all the contestants and all the designers, is really just being honest and giving my perspective.

"When I kind of clicked in and thought about it that way, it made it feel less like I was being devastating," he added, "because I want to be a kind person, but the kindest thing I can do is be honest."

Klum said their sometimes brutal honestly only proves how "passionate" they are about the fashion industry, a place where she still "gets butterflies" when seeing "an amazing piece of art walking down the runway." She also said pointed at Jeremy's work with Moschino as a model of sorts for the contestants, as someone who can create "these out of world pieces" on the runway that also "trickle down" and translate to ready-to-wear items like T-shirts.

Gunn also said something about Scott that "really separates him" from other designers who judge competitions like this one, is that he's able to "leave his own aesthetic at the doors" and judge the work for what it is and what the designer is trying to say from their own POV.

"That's a very, very unusual quality," he added, "and it's why I treasure and value him so much."