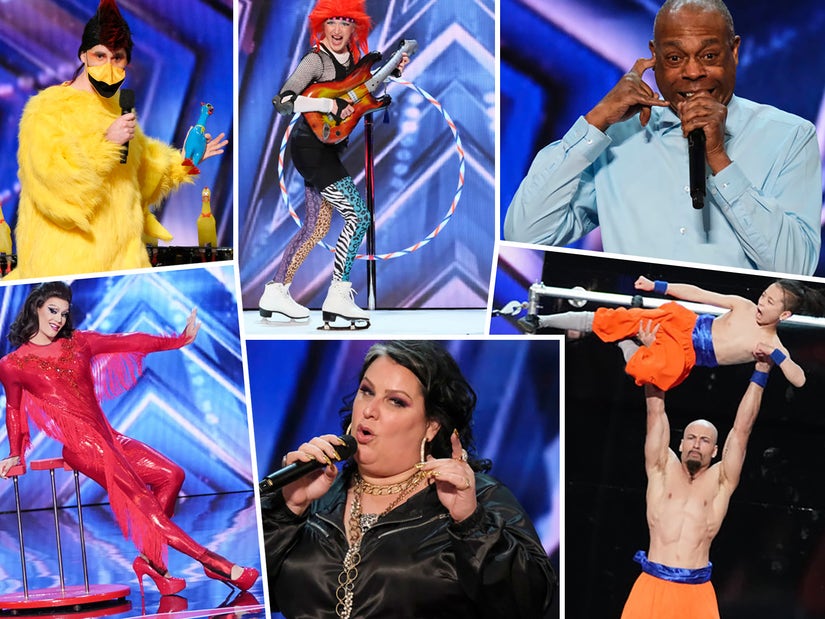 A U.S. Marine chicken drummer sets the stage for a night of unexpected auditions, including a grandfather-granddaughter tap duo, and something to do with ice skating and guitar -- we'll have to get back to you on that one.

“America’s Got Talent” is usually about shining a light on undiscovered talent around the world, but sometimes it can be there to offer a second chance to someone we already know and love.

For fans of comedy films in the ‘80s, one of the most familiar sounds of the decade was the incredible vocal dexterity of “Police Academy” star Michael Winslow. With each subsequent film, fans were excited to see what incredible sounds he could mimic to perfection. 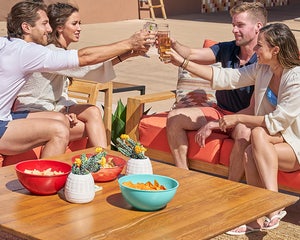 Bachelorette Blowout: Even Guys Tear Up at Fan-Favorite Boot -- Plus, When Did This Become Seinfeld?

After several years away from the spotlight to focus on family, Michael decided to bring his singular talent -- to this day, no one has replicated his diversity -- to the biggest talent show in the world.

Simon pointed out that it’s like a race where the veteran superstars are facing off against the newcomers, welcoming him into the competition. And he’s definitely facing newcomers, including a pair of dancers six and eight years old, a sister band in their teens and a 13-year-old girl who taps with her 74-year-old grandpa.

“AGT” is at its best when we see things we’ve never seen before, and tonight certainly delivered on that front as well. New auditions included a man who appeared to levitate glowing batons around his acrobatics, a techno-mentalist, and an adorable father-son martial arts duo.

We’re not sure we’ll ever finish processing a U.S. Marine as a giant chicken playing rubber chickens and drums with equal enthusiasm, while we couldn’t get enough of a contortionist, hand-balancing drag queen who knows how to bring it!

(performance art) So, ice skating, terrible costuming, pretend guitar playing. We’re not sure what she was going for with this audition, but she forgot the kitchen sink.

(performance art) Clicking his fingers on his lips, he managed to pop the “Addams Family” theme song. Quick, someone throw a million dollars at him!

(dancers) 74-year-old Gramps partnered with 13-year-old Maeve to deliver a very sweet tap routine. It had an old-school charm to it and there was a lot of joy in their performance. We don’t know how it went, other than that Sofia wanted them to say yes, the panel all thought it was sweet, but Howie thought it wasn’t worthy of the top prize. He was right in that. 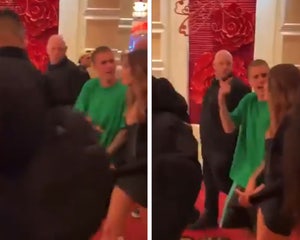 Video of Justin Bieber 'Yelling' at Wife Hailey in Vegas Not What it Seems, Witnesses Claim

(drummer) There was some definite creativity behind this marine drummer’s idea of putting on a “Chicken Dance” drum solo with rubber chickens that squeak at different pitches, but the execution left a lot to be desired. It was all just a bit of a mess.

(dancers) Deemed too curvy for traditional ballet, some of them, or lacking the confidence to really go for it, these ladies decided to make their dreams come true on their own. At least that’s what they said. In truth, this was just modern dancing on pointe, which is fun and interesting in its own right. But the little bit of ballet content we did get wasn’t all that strong, so it was more the quirk of seeing them getting down while staying up … en pointe. The dancing was just okay, but it was a lot of fun and something different.

(acrobat) While he’s clearly ripped and we applauded his strength and control, there was no real sense of excitement or danger from him hanging onto a pole hanging from the ceiling. And considering he never let go of the pole, there was absolutely no reason to put on the blindfold, or for us to believe it made the act any more dangerous or exciting. It was just boring. The girls clearly weren’t bored with his body, but the guys weren’t nearly as distracted.

(dancers) First of all, we were cracking up as much at Simon when Mom came out to yell at Howie for buzzing her and her older son six years ago on the live show. This time, it was her little ones, six and eight years old, who showed off some clear ballroom training and some great stage presence for their tender years. The older boy was clearly the stronger dancer, but his little sis gives great face. She’s a little repetitive with the skirt shimmy, but for her age, she’s well on her way. She was even sweet accepting Howie’s apology on behalf of her entire family.

The Owl and the Pussycat

(dancers) The first thing we noticed was how much father Gene looked like “Dancing with the Stars” professional dancer Alan Bersten. And wouldn’t you know it, Gene’s last name is Bersten, too, and he’s Alan’s brother. So we know dancing is in the blood! We didn’t get much of the act, but it’s clear Gene is quite talented, and Isabella is coming along well for a young dancer.

(acrobat) Certainly an interesting and unexpected routine, Ehrlich clearly had some sort of contraption attaching (and perhaps detaching) his glowing batons to himself, and later the hula hoop. It was exciting to watch that element of it, but his movements inside weren’t nearly as exciting as they needed to be to really elevate the unique visuals to mind-blowing. It was interesting, but we really fear we’ve seen all there really is to see here. Still, we’d probably give him a chance to prove us wrong in the next round.

(family band) What a precious moment for these three young sisters, bringing their original music and energy to such a big stage. We loved that the message of “Middle Schooler” was totally within their worldview, and there was some genuine talent on those instruments. The drummer, in particular, is quite strong. As they continue to work together, they really could become the rock stars they’re envisioning. While still young and unpolished, the pieces are all there to really shine if they work hard.

(voice-strumentalist) Fans of a certain age know Michael from the “Police Academy” movies where he could mimic almost any sound with just his voice. It’s an incredible talent and he really started to make his mark in the industry until he stepped away for family. Now, he’s ready to try and reclaim that stardom doing what only he can do so well. Look, this man is a legend and all he did was tell a bit of his story with the relevant sounds, and we just wanted more. It’s amazing the excitement he brings out in people just making noises. 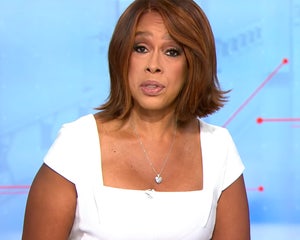 (singer) Take away the empowering but heartbreaking story of his wife’s journey through brain cancer, and you’re left with a man in total command of an instrument that reminded us of John Legend in its tenderest moments. He’s got all that control and power, a hint of falsetto, and he left us wanting more from him. That’s how you set the stage for a successful run on this show. It was a great first audition.

(mentalist) We enjoyed his electronic gadget to illustrate Terry’s mind, but the actual mentalist part of his stunt was still a lot of fun to watch unfold. He has a very smooth delivery in what he does, and kept things moving -- mentalism acts can sometimes drag. The only way we’re a little suspicious is in that the part where the ladies pulled the cards seemed where the true trick was happening, as it happened to be the Season 13 and 14 winners. But that still doesn’t tell us how Terry knew to write down those two names, so there was a beautiful simplicity in how he presented it.

(martial artists) An incredible martial arts father-son duo, this was both touching and impressive, with the 11-year-old showcasing incredible dexterity and the father amazing balance, strength and precision. We loved that they took the time to allow one another to shine in different ways, and also played off of (literally sometimes) one another to create a truly special, moving and memorable martial arts performance. 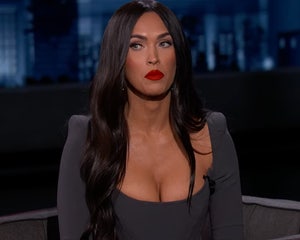 (singer) We were already in love with her outsized personality and sense of joy in simply being alive and being herself. Then, she backed all that confidence with an incredibly rich and textured voice, weathered and beautifully beaten. This was a voice that has known pain and not just survived but thrived coming out the other side of it. Honestly, we couldn’t even blink for fear we would miss a single moment, she was that captivating, and we could listen to her sing for days.

(contortionist) Kyle Cragle has multiple talents, and then adding the bonus layer of Scarlet Business on top and suddenly she was a triple threat! Contortion and hand-balancing and drag! Here’s the whole damned bag. She nailed all three of those personas in one performance. The drag was impeccable, the lip-syncing, the attitude, the look. Her balance is incredible, and the flexibility to hold those contortion poses. We definitely just got the business and it was fantastic!