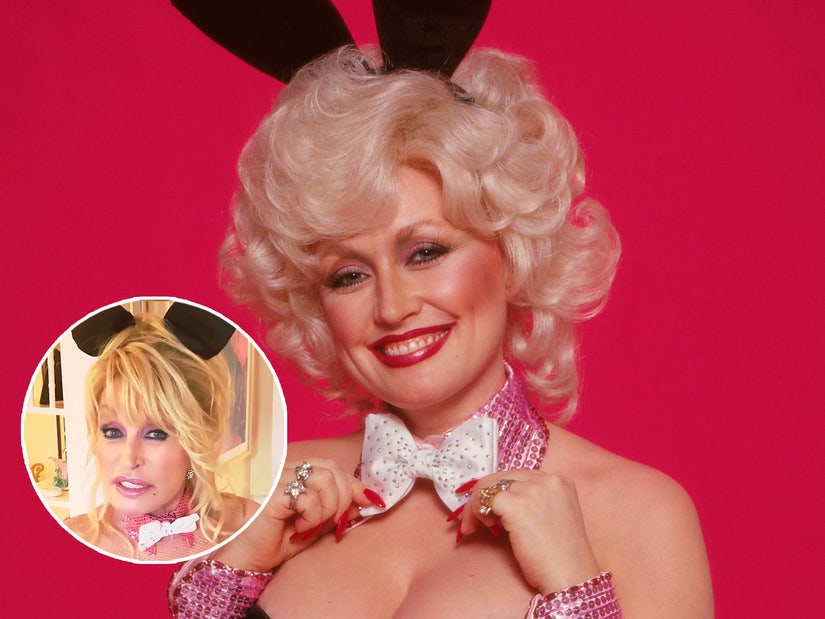 "He still thinks I'm a hot chick after 57 years and I'm not gonna try to talk him out of that."

Dolly Parton is a Playboy bunny again, at the age of 75.

In a new video shared to her social media pages on Tuesday, her husband Carl Dean's birthday, the country singer once again donned the black Bunny suit and ears to give the man in her life a very special treat.

"Today is July 20th, it's my husband Carl's birthday and you're probably wondering why I'm dressed like this ... well, it's for my husband's birthday," she explained in the clip. "Remember some time back I said I was gonna pose on Playboy magazine when I'm 75? Well, I'm 75 and they don't have a magazine anymore ... but my husband always loved the original cover of Playboy."

"I was trying to think of something to do to make him happy," she added. "He still thinks I'm a hot chick after 57 years and I'm not gonna try to talk him out of that."

Explaining that she did "a little photoshoot in this little outfit," she recreated her infamous cover from 1978 -- before comparing her appearance over the years.

"In the first one, I was kind of a little butterball in that one. Well, I'm string cheese now," she joked. "But he'll probably thinking I'm cream cheese, I hope." The video ends with her presenting him with the side-by-side, still in the bunny suit, while singing him a Happy Birthday. While we don't see his face, we're sure there's quite a grin there. 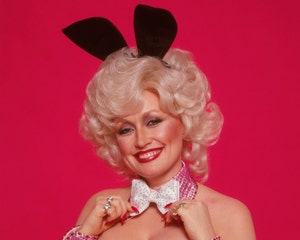 Parton first expressed her desire to cover Playboy again in 2020, when asked by 60 Minutes Australia when she planned to retire.

"Well, I don't plan to retire. I just turned 74," she replied with a trademark smile. "I plan to be on the cover of Playboy magazine again."

"See, I did Playboy magazine years ago. I thought it'd be such a hoot if they'll go for it, I don't know if they will... if I could be on the cover again when I'm 75," she said, joking, "Boobs are still the same!"

The "Jolene" songstress was just 32 when she first appeared on the cover and was the first country singer to grace the front page ever. "I'm kind of cartoonish and cartoons don't really age that much," she added last year. "When I'm 90, I'll probably look about the same way! Just thicker makeup, bigger hair!"