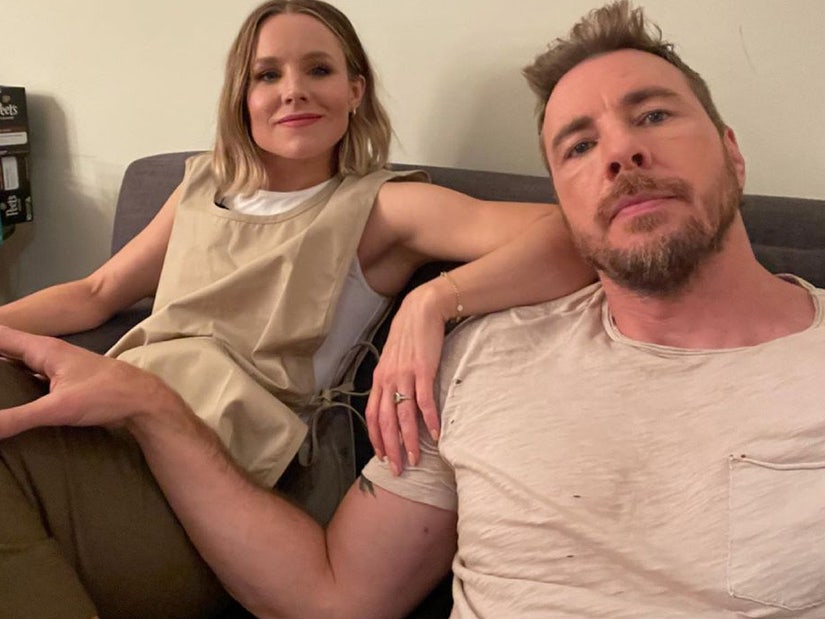 The actor and wife Kristen Bell rarely show their two daughters on social media, so this was a real treat.

Dax Shepard gave his fans a rare glimpse into his family life with the daughters he shares with wife Kristen Bell this week.

On Monday, the actor and Armchair Expert podcast host posted a video from a recent road trip in an RV with one of his two kids. Shepard and Bell are parents to daughters Lincoln, 8, and Delta, 6.

In the footage, Shepard is seen at the wheel of the vehicle, while one daughter is in the passenger's seat. As they drive down the road, someone behind them records the two of them straight up belting Adele's "Hello."

"Heaven is a place on a twisty two lane mountain pass where screaming @adele with your daughter is required," Dax captioned the post, which has been viewed almost 1.5 million times in the past 20 hours.

"This is everything," commented Josh Brolin, while January Jones added, "Aw how sweet." Rachel Bilson and Leslie Odom Jr. also praised the enthusiastic performance, while Michael Rosenbaum and Katie Couric both wrote, "this is the best thing ever."

Shepard and Bell rarely show their daughters on social media, usually obscuring their faces with emojis or cropping them out entirely when posting. Bell has always explained that she wants it to be the girls' decision if and when they're posted.

"My feeling is that I chose a career in the public eye. I chose to be quoted, I chose to have my picture taken," Kristen told Romper back in November 2020. "I don't know them yet. I don't know if they will want that. So I really don’' have the right to choose for them."