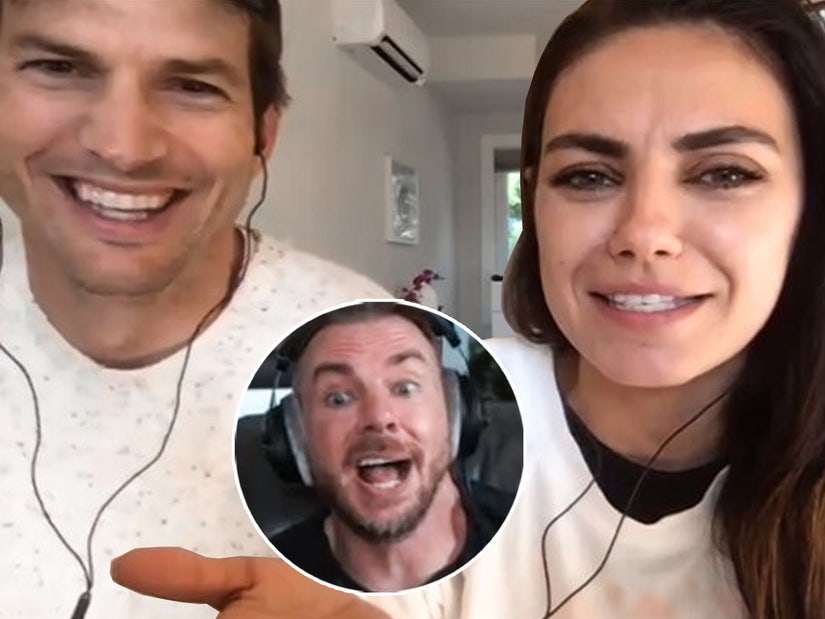 See how the actor has transformed himself -- going from 185 to 210 pounds -- and how his podcast guests tried to talk him out of hormones.

Dax Shepard revealed just how he's bulked up so much over quarantine -- but friends Ashton Kutcher and Mila Kunis do not approve.

Kutcher and Kunis were guests on the actor's "Armchair Expert" podcast this week, when, during a conversation about cryptocurrency, Ashton was distracted by the host's massive arms. That sparked a back and forth about how Dax got jacked.

"Can I comment on the size of your biceps right now, Dax? You're getting Joe Rogan arms in there," said Kutcher. "It's like phenomenal! I mean, you look like He-Man right now. It's like, 'By the power of Grayskull!'" 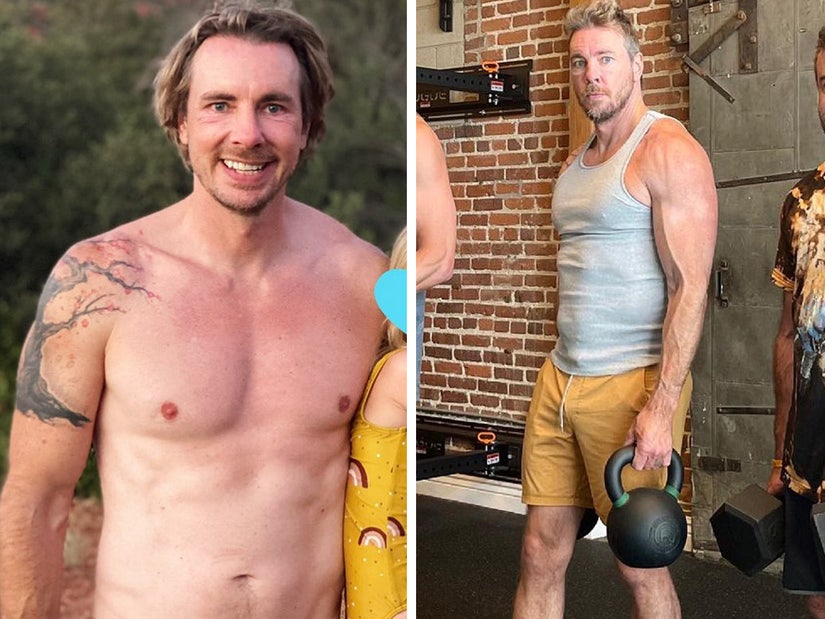 He went on to reveal he's gained 24 pounds so far, from six-day a week workouts, weight lifting, "protein shakes going bananas" and "heavy testosterone injections." That last bit shocked both of his guests, as Mila exclaimed "Really?!" and Ashton added, "I told you, you gotta be careful with these testosterone injections"

"You think injecting yourself with hormones is okay? Dax!" Kunis added, as Shepard reassured them both it was "just fine" and said low testosterone levels actually run in his family. After always being "185 on the button" in the past, he said he's now at 210 pounds. "I spent my whole life as a medium boy, and now I'm a big boy and I like it," he added.

Kutcher still wasn't sold on the injections, however, and offered to sell his bitcoin to finance an original superhero starring Shepard if he stopped the hormone treatment. Dax didn't take the bait and explained why he's been feeling better than ever lately.

"Forget the body; mentally I love it because it makes me far more on fire to be alive," he told his guests. "I was depressed after 'CHIPS.' I was literally retiring, that was the plan. I'm out," he continued, saying that once he started going on testosterone, more work -- including his popular podcast -- started coming his way.

"All of a sudden I was on fire to work. I was like, 'I like this version. This is the version I enjoy,'" he added, to which Kunis could only reply, "I like happy Dax."