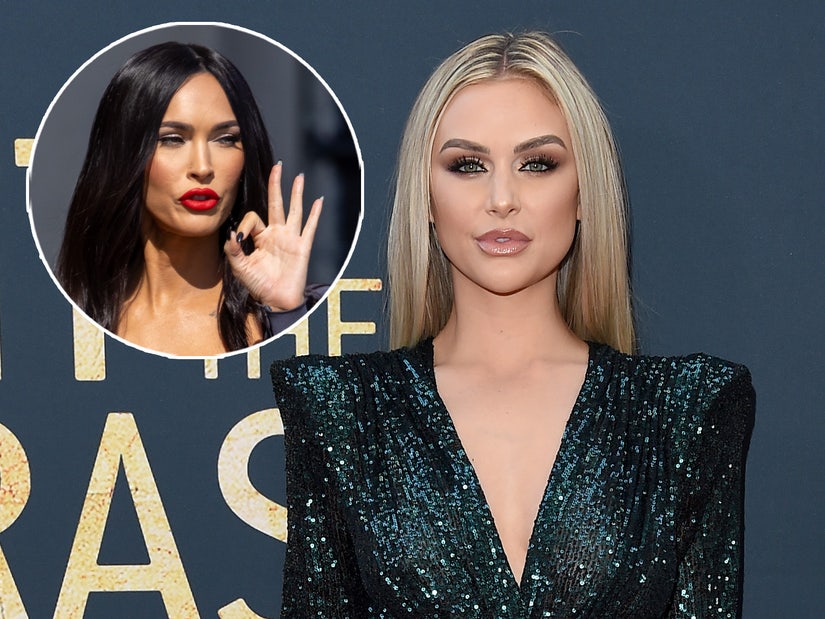 "I am not very subtle when I shade people."

Lala Kent cleared up any rumors she was throwing shade at Megan Fox for skipping the premiere of "Midnight In the Switchgrass."

During an interview with Access Hollywood, the reality star said she she's not subtle when she shades people, so it would have been clear if she was taking a dig at Fox's absence from the film, which Lala's fiancé Randall Emmett produced.

"If I was upset, I would have just straight up said it," Lala explained. "Unfortunately the headline is way more interesting then what I am about to tell you."

The former model then went on to describe how the since-deleted Instagram snap of Lala standing in front of Fox's image on the movie poster was simply an innocent photo op.

"My mom quickly took a picture of me, I was just standing next to the poster. She said, 'Pose. I want to get a picture.' I quickly said 'I am excited for the movie' and posted it and then when in to watch the film. I had no idea that people would take it the way that they did. If anybody understands the Covid concerns, it's me. If you have a concern, I want you to stay home. I want you to feel safe."

She followed up with a statement to USA Today, which read, "In no way was it meant to shade anyone. I like Megan; she has been nothing but kind to me. I'm grateful she supported Randall in his directorial debut. I'm very proud of them both."

Fox appeared to agree that there is nothing but love between the pair, as she told the outlet, "I really like Lala, so I can't imagine she would be trying to do anything negative like that. She's a lovely person."

The rapper stars, alongside girlfriend Megan Fox, in the crime thriller "Midnight in the Switchgrass", which currently has a Rotten Tomatoes stinky score of 15 percent.

And it seems MGK agrees with the critics' appraisals: 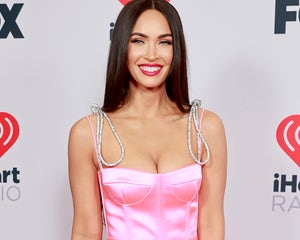 "if i don't talk or tweet about a movie i'm barely in it's because it's [trash emoji]" he tweeted Friday.

While he didn't call out the film by name, his only other two films this year — "Jackass Forever" and "The Last Son of Isaac Lemay" — have yet to be released.

The film, which is based on a true story and also stars Bruce Willis and Emile Hirsch, sees a pair of FBI agents (Willis and Fox) attempting to bust a sex-trafficking ring, when their investigation crosses paths with the infamous serial murderer, the Truck Stop Killer.

MGK has a small uncredited role; it also happens to be the film set on which he and Fox first met.

And compared to Rotten Tomatoes aggregate reviews, Kelly's might be among the more merciful:

"The movie, which bills itself as a crime-thriller-mystery, doesn't come close to fulfilling even the lowest of expectations; it neither takes it characters seriously nor commits to its superficial attempt at topicality." - Hollywood Reporter

"Midnight in the Switchgrass is the type of crime thriller that's so full of cliches that it becomes one big cliche itself." - RogerEbert.com 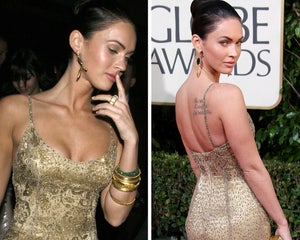 "Willis, breezing through his handful of scenes, has perfected the right way to act in a Randall Emmett movie, with one eye always on the paycheck." - Crooked Marquee

"The atmosphere is thoroughly sleazy without being distinctive, and everything about the movie - the emotionless line readings, the half-baked back stories - exudes a terse functionality." - New York Times

"The fact that Midnight in the Switchgrass is an all-around terrible movie comes as no surprise, but there is a sting since for star Megan Fox, it's coming off a career-best and physically impressive performance in Till Death." - Flickering Myth

Even Megan herself opted against going to the Los Angeles premiere of her own film — although a rep told Variety it was over Covid concerns.

"Due to the recent California mask mandate and rise of COVID cases, Megan Fox will no longer be attending the premiere tonight," a film rep told the outlet hours before the red carpet. "We appreciate your understanding."

In apparent response, Emmett's fiancée seemed to throw some shade back.

"So excited for this!" she posted in a since-deleted photo of herself at the event... completely blocking out Megan's picture and name in the poster behind: 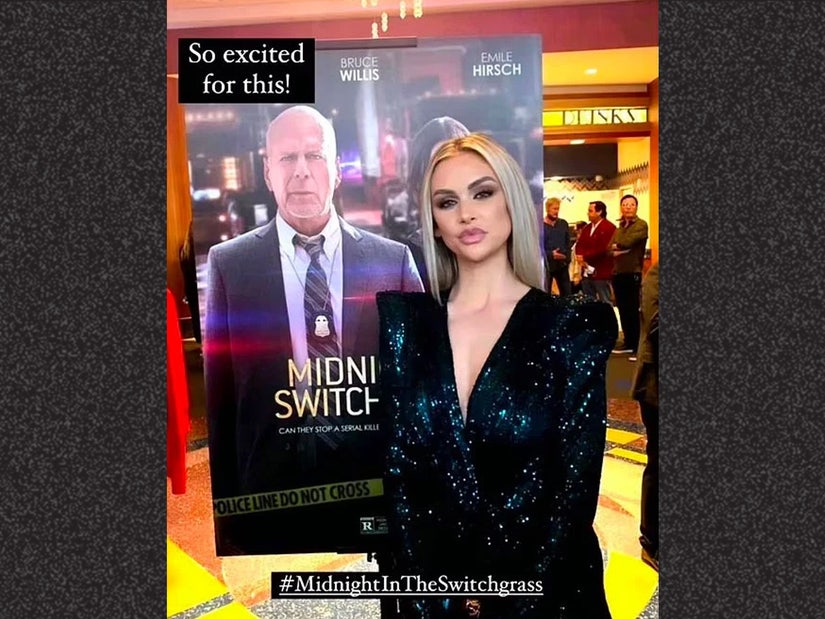 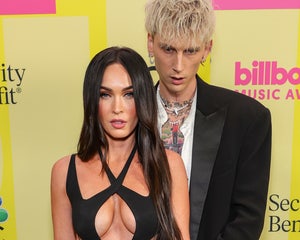