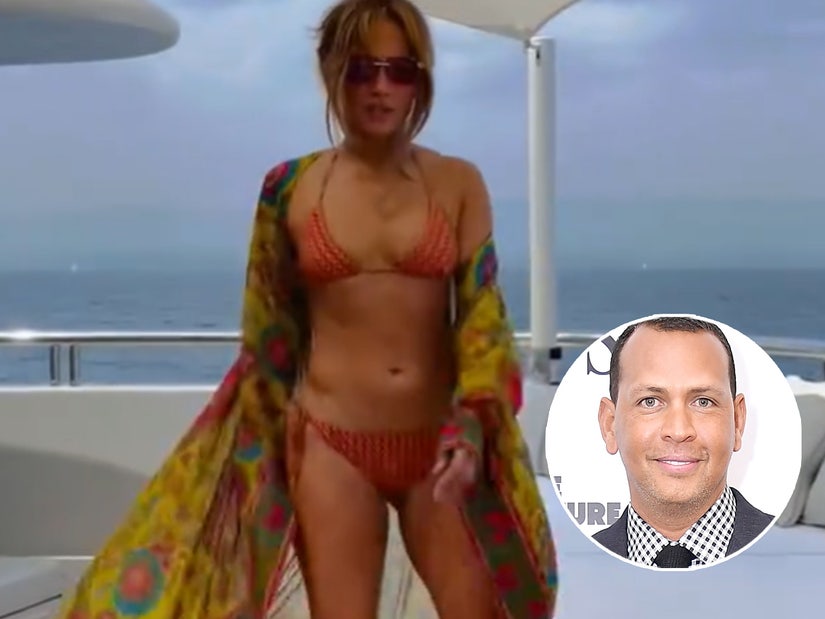 It appears he later revoked his reaction.

All eyes were on Jennifer Lopez this weekend, including, it seems, her ex Alex Rodriguez.

J.Lo and boyfriend Ben Affleck made headlines after making things Instagram official on her 52nd birthday on Saturday, sharing some PDA on social media alongside plenty of bikini photos of the b-day girl.

While A-Rod didn't have anything to say about those posts, he reportedly reacted to a celebratory post Lopez's sister Lynda Lopez shared.

"My original BFF, I love you more than words can say," Lynda captioned a photo with her sis. "Not only are you the most fun, and my ride or die, You light the world and show me what's possible and are my inspiration always. Sometimes I can't believe I was so lucky that God put the beautiful soul that is you into my life. Wishing you your best birthday yet!"

Rodriguez "liked" the post, according to screen grabs shared by E!. Checking the post now -- after a number of websites wrote about the interaction -- it shows his like has since been revoked.

Curiously enough, both Lopez and Rodriguez spent her birthday weekend in the same spot.

A-Rod was photographed in St. Tropez on Friday, surrounded by bikini-clad women as he enjoyed a waterslide off a yacht in the French Riviera. On Saturday, Lopez and Affleck were also photographed by themselves and the paparazzi on a boat of their own -- and even recreated an iconic moment from the "Jenny From the Block" music video in their swimsuits.

Affleck and Lopez previously dated from 2002 - 2004, after meeting on the set of "Gigli." They even got engaged, before calling it off. Shortly after Lopez's split from Alex Rodriguez earlier this year, she and Affleck started being spotted together all over Los Angeles -- even hanging out together with Lopez's kids and house hunting.